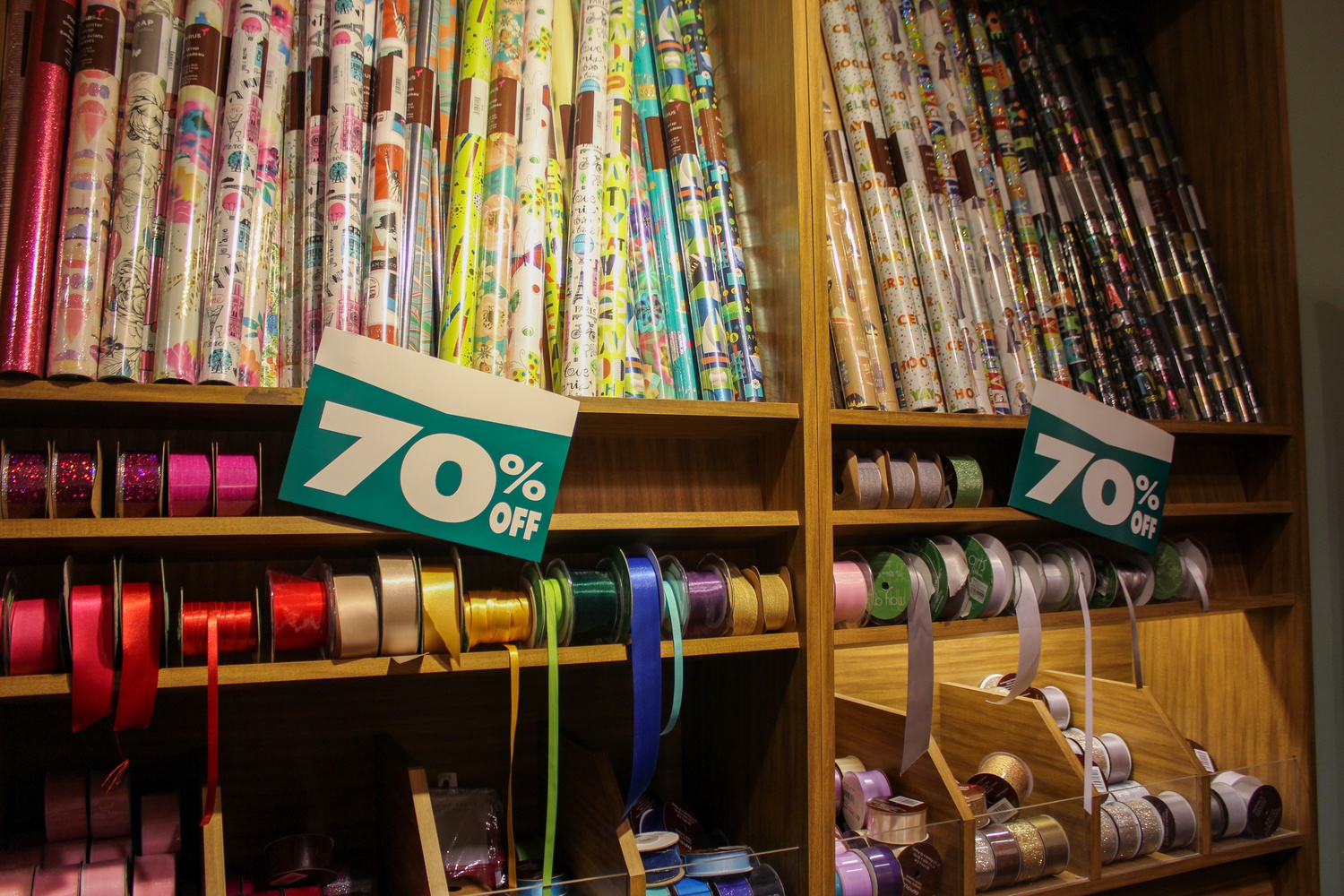 Papyrus — an international greeting card and stationery chain with a location in Harvard Square — plans to close all of its stores after declaring bankruptcy. By Aiyana G. White
By Julia A. Kendall, Crimson Staff Writer

International stationery chain Schurman Fine Papers — which also owns American Greetings and Carlton Card — declared bankruptcy last Thursday and plans to close all 254 of its Papyrus stores, according to the New York Times. Papyrus’ demise follows a number of more local recent closures in Harvard Square, including Black Ink and Out of Town News.

In a Facebook post, Papyrus thanked customers for their patronage and assured fans that the brand will “live on.”

“We regret that we are closing all our stores,” the post reads. “We hope that through our artistic, thoughtful greeting cards and our personal expression products that we were able to inspire you to celebrate and honor the special people in your lives.”

Papyrus — which currently has more than 1,000 employees in the United States — struggled with a general decline in brick-and-mortar retail sales and financial concerns stemming from fledgling stores acquired in 2009, the New York Times reported.

Papyrus did not respond to a request for comment.

Papyrus was founded as the flagship brand of the Schurman Retail Group in 1973. In addition to stationery, the chain sold various gift products, including picture frames, writing utensils, gift wrap, greeting cards, decorative notebooks, and alternative types of paper. The company grew to over 500 stores, opening its Harvard Square shop in 2004.

Wesley D. Cash ’20 wrote in an emailed statement that he was disappointed to hear about the closure of the Harvard Square shop.

"It is tearable news that Papyrus folded. I just always assumed that the store would stay stationary,” Cash wrote.

Harvard Square Business Association president Denise A. Jillson wrote in an emailed statement that Cambridge consumers can look to other Harvard Square stores to satisfy their stationery needs.

“People looking to purchase cards, stationery, calendars and unique gifts can purchase them here in the Square at Bob Slate Stationer,” Jillson wrote.

—Staff Writer Julia A. Kendall can be reached at julia.kendall@thecrimson.com.