Harvard Senior Runs for Parliament in Canada on Environmental Platform 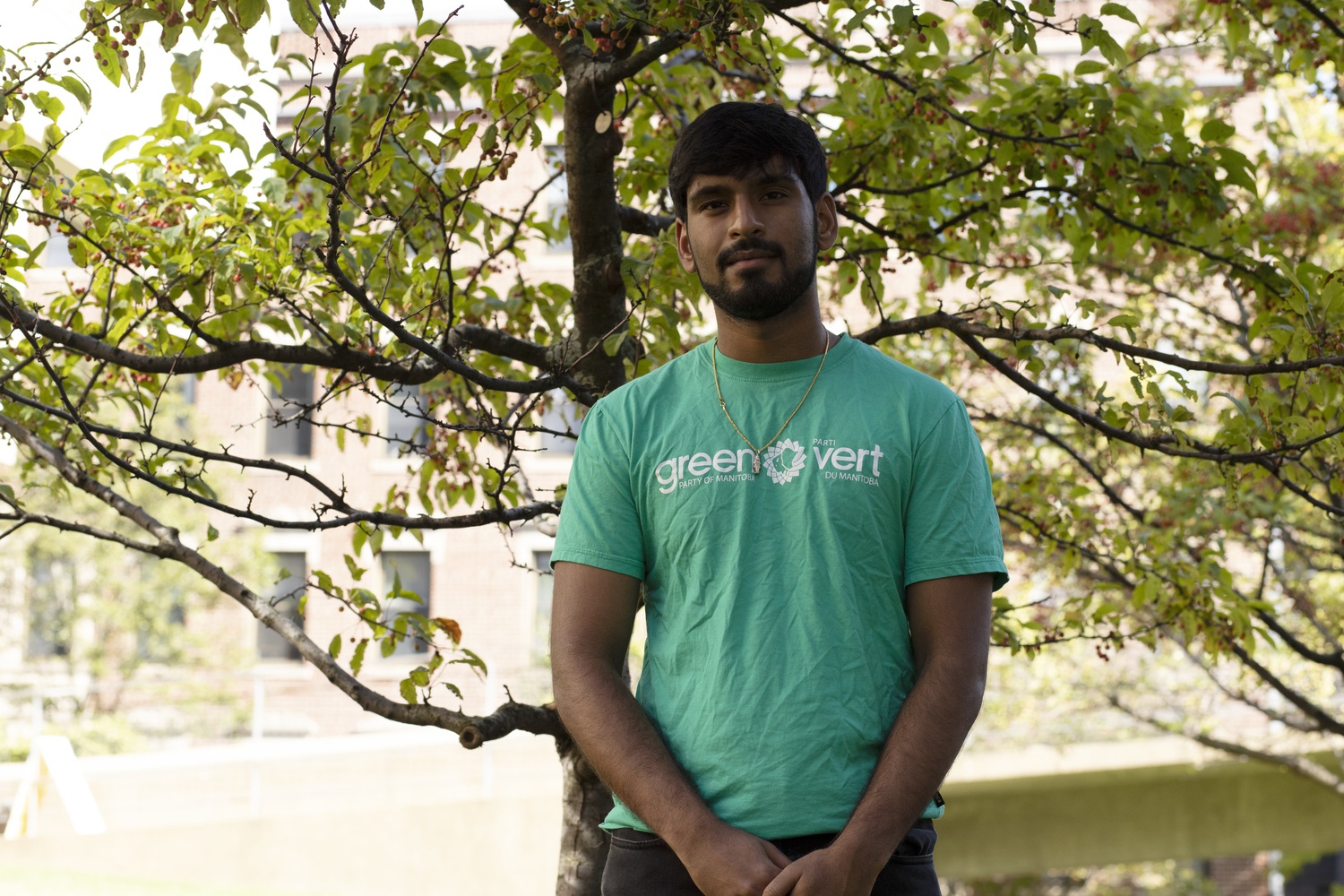 Sai Shanthanand S. Rajagopal ’20 was doing research in Chennai, India in June when the city reached “Day Zero” — the day that all four reservoirs ran dry and left almost no water.

“You would see women, especially, lined up on the streets, and they'd be arguing and fighting because water tankers had to be bused in to bring in water,” Rajagopal said. “And I realized that the climate change issue isn't an ‘in the future’ thing. We have to hit these targets now.”

Witnessing first-hand the drought’s effects on the local population prompted Rajagopal — a second-generation Canadian from Winnipeg, Manitoba — to run for office. He is the Green Party candidate for the parliament race of his riding — the Canadian term for district — Winnipeg North.

Rajagopal is currently running against five other candidates, including the incumbent from the Liberal Party, Kyle Lamoureux. The Conservative Party candidate, Cameron Ogilvie, left the race after making racist remarks and has yet to be replaced.

The election is scheduled for Oct. 21, just five and a half weeks after the campaign period kicked off on Sept. 11.

Rajagopal said he turned to the Green Party because he believes Prime Minister Justin Trudeau’s liberal government has failed to take meaningful steps toward meeting its climate change targets including reducing emissions 30 percent from 2005 levels by 2030.

“I started volunteering with the Green Party of Manitoba, because they were the only party that had very actionable policy changes that would lead to the drastic reduction in carbon emissions that we need,” he said.

Rajagopal put himself into consideration as the Green Party candidate over the summer and found out he was selected in mid-August.

Despite remaining enrolled at the College, Rajagopal has spent the whole semester in Winnipeg up until this week, when he traveled back to campus for a midterm.

“My professors have been so understanding. They've been able to move deadlines for me, just exempt me from a lot of attendance things, and that's been very helpful,” Rajagopal said. “I likely would have done it anyway, and just taken the penalty, but it's nice to have a little bit of leeway.”

While in Winnipeg, Rajagopal has been running his campaign out of his bedroom — where he has taped maps of the riding all across his walls — with the help of four volunteers.

“I would say the most engaging moments I've had are actually just the door-to-door canvassing I do,” he said. “When I do that, I'm able to talk face to face with voters.”

Paul E. Adams, a veteran political reporter and current professor of journalism at Carleton University in Ottawa, Ontario, said he believes it is unlikely that Rajagopal will win the seat. Though Adams has not been following Winnipeg North closely in this election, he said he knows its history well.

“I would be very, very surprised to hear that the Greens were to win that seat,” he said. “It’s not one that’s often in the discussion as a target riding for the Greens.”

“The parties like to say ‘we have a candidate running in all 338 seats,’ and sometimes what happens is that there’s a wave towards one party,” Adams said. “A high tide lifts all ships and you get people getting elected who you wouldn’t have expected to.”

Rajagopal said if he wins, he will drop out of his master’s program and leave at the end of the term. He is an Advanced Standing student and has already completed his undergraduate degrees. If not, he plans to work in the non-profit or service sector and is “more than willing” to run again.

“For the Green Party, they're looking for some continuity of candidates who keep running, so that way people can get more recognition for the Green Party, as well as the individual candidate in the riding,” he said. “I would probably try to run again in four years.”