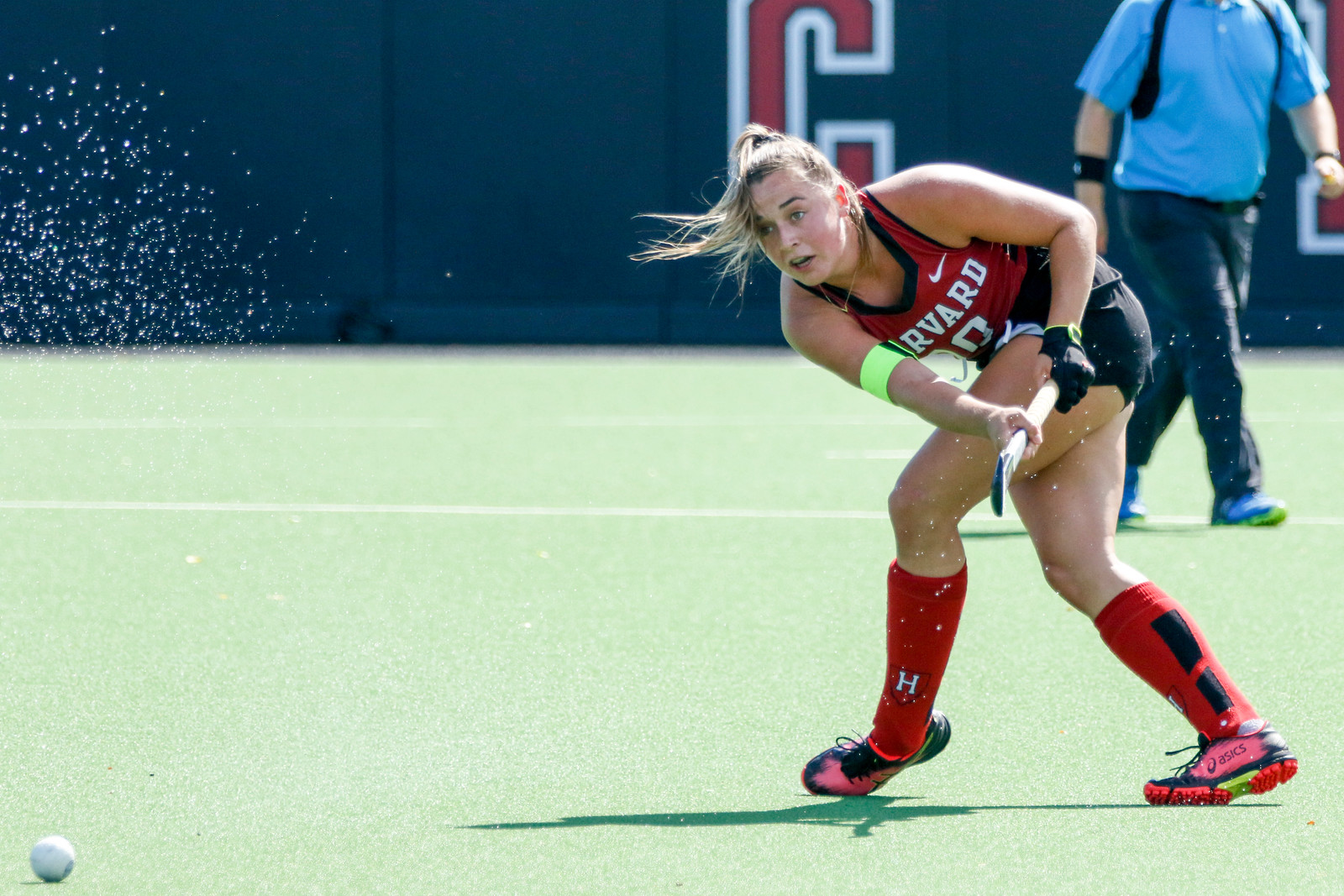 A productive second half powered No. 14 Harvard to a 4-1 victory over the University of Maine on Sunday for its final match before beginning Ivy League play next weekend in New Haven, Conn., against Yale.

Well into the third quarter, the game remained tied. The Crimson (3-2) had dominated on offense and defense since Maine’s (1-6) game-tying penalty stroke with four minutes to play in the first, but, aside from the 11-4 shot count — the Harvard defense held the Black Bears to zero opportunities in the second and third quarters — the Crimson had little to show for its efforts.

Entering Sunday’s game, Harvard had yet to lead a game at the half. The Crimson kept that dubious streak alive against Maine, the score knotted at one apiece when the horn sounded.

“Our structure worked really well,” Harvard coach Tjerk van Herwaarden said. “We got a lot of turnovers forced on our pressing and their outletting.… The outcome of those turnovers was a little on the low end until the fourth quarter.”

A dominant third quarter looked to meet the same end as the second: Crimson command on both ends of the field, but no change in score for either side. Then, with barely a minute remaining in the third, sophomore midfielder Rachel Greenwood fired from beyond the shooting circle for the twelfth shot of the game — and the ninth shot since the Crimson’s sole goal of the match. The ball rebounded off the pads of Black Bears goalie Mia Borley and onto the waiting stick of junior forward Natalie Sicher.

Sicher collected, aimed, and scored for the go-ahead goal. A penalty corner seconds later offered an opportunity to further build the advantage, but Harvard was unable to cash in. The Crimson would need to hold onto its single-point lead for a quarter more to emerge with the win.

Aside from a defensive hiccup that allowed Maine to put up a shot in the second minute of action, Harvard had started off strong. Relentless pressure from the Crimson paid off, as Sicher broke away down the left side and passed off to senior forward Casey Allen, who quickly settled before arching the ball into the back of the net to put Harvard on the board.

The Black Bears responded with speed and strength. Two minutes after Allen’s score, Maine earned a penalty corner. Although the Crimson managed to fend off the Black Bears’ attempt, Harvard only delayed its fate. A foul was called during the stop, and Maine was awarded a penalty stroke. Sophomore goalie Ellie Shahbo dove toward the ball, but it snuck just under her right arm. The game was tied.

The fourth quarter proceeded much like the third: one-sided possession from the Crimson, with an occasional Black Bears breakaway corralled by the solid back line, but no change in score. Looking to force overtime, Maine boldly pulled its goalie with just under five minutes remaining. Harvard’s defense held strong and the offense took advantage of the empty net.

With four minutes to play, a rapid succession of passes directed the ball to van Vlijmen, who scored for her first goal of the season. The Black Bears restored their goalie, but the Crimson’s continued pressure was not done paying off. Two minutes later, a Harvard penalty corner brought the ball to van Vlijmen’s stick again. Aimed with devastating precision, the ball found its mark to give the Crimson the 4-1 victory.

“We started a process, and I think we need to hold onto that process and trust what we’re doing — clearly it works,” van Herwaarden said. “I think what went really well today was our press. And I think that against this team it was still very difficult to capitalize on … turnovers, but once we have that going on for us … it gives us energy.”

Harvard looks to extend its two-game win streak as it heads to New Haven on September 28 to open Ivy League play at 12 p.m. against Yale.