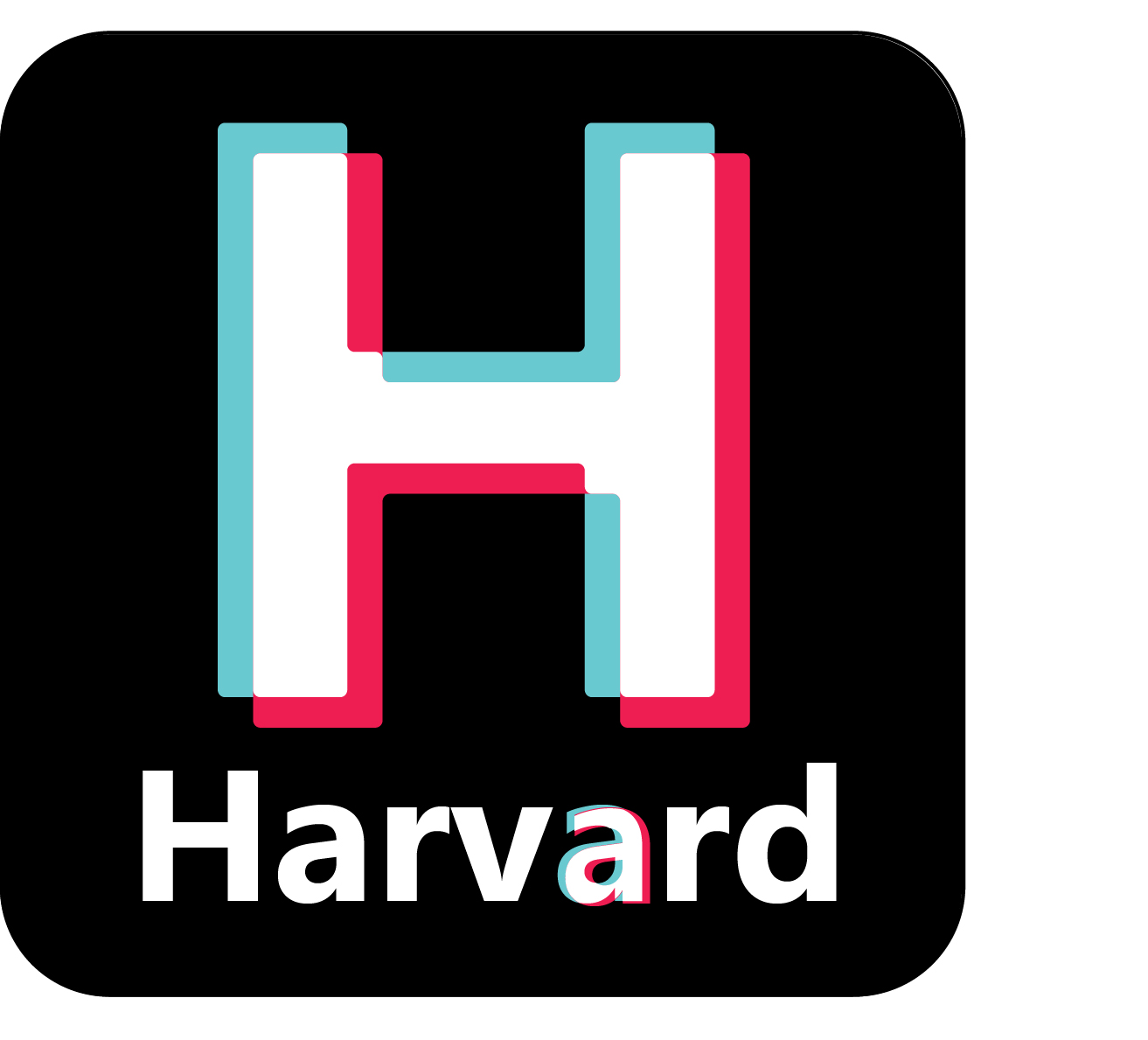 Scrolling through TikTok, I feel like I’m on a rickety wooden roller-coaster built too many decades ago.
By Sophia M. Higgins

Like many life-altering moments, this one was born out of deep boredom. Summer in Taiwan was sweltering, and ample hours of free time were beginning to weigh on the shoulders of Joshua Y. Chiang ’22. Opening his phone, he began a new chapter.

Chiang is a sophomore who has rapidly accumulated close to 5,000 followers on the video sharing app TikTok. On his profile, you’ll find an array of hyper-emotive selfie-camera videos, filled with self-deprecating humor and overtly collegiate content. His bio describes him as a “14th grader at Harvard.”

Return to TikTok’s home screen and you’ll find a page called “For You” with an infinite scroll of short videos to scratch the procrastination-itch that sent you here in the first place. The selection is determined by an algorithm that, like most social media algorithms, privileges content that gets viewed over and over again, shared and liked and showered with comments. Generally speaking, this type of content skews slapstick, shock-provoking and plainly weird.

Scrolling through TikTok, I feel like I’m on a rickety wooden roller-coaster built too many decades ago. I didn’t realize I could be overstimulated in under 10 seconds. There are middle schoolers gyrating to Lizzo. A man with a bandana ranting about Margaret Thatcher. The eboys and egirls, semi-goth Internet personas whose aesthetics dovetail “random” 90s nostalgia and blasé Gen Z malaise. A grandma drumming on her granddaughter’s Lululemon-encased ass.

In a national culture so devoid of inherent meaning, so absurd and referential, the rising tide of eboys, lightning-fast nonsensical skits, and endless lip sync videos almost feels inevitable.

And apparently this entertainment grab bag called TikTok, delivered at YouTube-compilation-friendly whiplash speed, is a great lingua franca if you need to relate to kids.

“If you go to a middle school or maybe a high school and reference a famous TikTok, a lot of people would know the reference,” Luca M. Hinrichs ’22, a TikTok consumer, tells me. Hinrichs compares TikTok to Vine, the defunct 6-second video platform that fostered millions of instant inside jokes among youngsters from 2013 to 2016. “It’s kind of a social thing.”

TikTok was developed by Beijing-based startup ByteDance in an effort to market a version of the Chinese app Douyin to other countries. Maintaining two different versions of the same app has allowed the company to become “borderless,” fostering content outside the regulation of the Chinese government.

A huge chunk of this content is lip sync videos. ByteDance bought DIY music video app musical.ly in 2017 as part of its foray into the western social media sphere. (It later attempted to buy a big stake in Reddit, too.) Since the musical.ly acquisition, TikTok has skyrocketed in popularity, with downloads rivaling apps like Facebook-owned WhatsApp and Messenger. And, in the wake of Vine’s demise, the niche for a short comedic video platform was once again filled.

TikTok has come under scrutiny for its influence on children. Earlier this year, the FTC required that it pay a $5.7 million fine for violating the Children’s Online Privacy Protection Act, which requires children under the age of 13 to gain parental consent before handing over their personal information to online services. In India, home to a whopping 25 percent of TikTok users, the app was briefly banned for facilitating “cultural degradation” among the youth. Despite these controversies, the app continues to create spaces for young people to make things, even if they’re just 10-second comedy skits or choreographed lip sync videos. The ban in India lasted all of two days.

TikTok users are overwhelmingly young — only a third are older than 30. It seems that kids can sniff out the next viral cultural phenomenon better than anyone.

SO YOU THINK YOU CAN BE A TIKTOK AMBASSADOR?

Evidently, the teenyboppers are not sufficient: TikTok has taken to college campuses in an attempt to expand its user base and suture its presence into the fabric of pop culture.

TikTok seeks to hire social butterflies with marketing experience, creative instinct, and, ideally, followers, “to help build awareness for TikTok” as campus ambassadors. “This isn’t about just handing out swag,” continues the job description, “it’s about bringing TikTok’s message to other students on your campus in fun and creative ways.”

The listing for Harvard’s position is down, and Chiang is bummed. He would have liked to apply.

He says he imagines the future of the app to hold more comedy-oriented content. “A lot of young people got famous on musical.ly, so now this [lip syncing children] is the reputation [TikTok] has,” he says. “I think having campus reps, who can potentially make funny videos to spread around, could change that reputation.”

Perusing the #harvard content wormhole on TikTok, you’ll find many things that are a bit hard to watch: students flexing their Harvard Summer School participation, people of all ages wearing Harvard sweatsuits and tagging the University despite posting completely unrelated content, and users performing a seemingly endless supply of “What, like it’s hard?” Elle Woods impersonations.

Diffused among this mess of posers and e-children are videos by a handful of real Harvard students. Their videos tend to show dorm room tours, Yard walkthroughs, Lamont study session laments — elements of the College that people all over the world might be curious about.

All of this, however, is filtered through the lens of the TikTok video style: hard cuts, short takes, and a continuous sense of motion (the sense of rhythm extends beyond the lip sync videos, evidently). Some fall into other archetypes of the app’s videos, like the transformation video — where the video’s subject jumps into another frame, another outfit and, most likely, a song — adjusted to include the #harvard room glow up.

Thus far, no one on the app claims to be a Harvard campus ambassador, so it’s possible we will see the infancy of this campaign blossom over the course of the coming semesters. Maybe TikTok will become as mainstream for adults as apps like Instagram, even while current discourse about the platform tends to conjure words like “cringe,” “absurd,” and “ironic.”

The element of performance, more subtle on other forms of social media, is brought to the forefront with TikTok.

“When you’re filming yourself and you’re alone, you can exaggerate your emotions and be meme-y,” Chiang says.

This public-facing pretense, paired with the autonomy of a smartphone, creates fodder for self-caricature and antics of all kinds. It also adds an element of self-awareness: layers of irony building up to the doomsday-induced shrug of the shoulders that is Gen Z humor. When you’re facing the end of the world, the threshold for laughter seems to dip down slightly.

Could such a thing have a future at Harvard? How could it not?

As we part ways, Chiang is already planning a TikTok to post when this article is published.