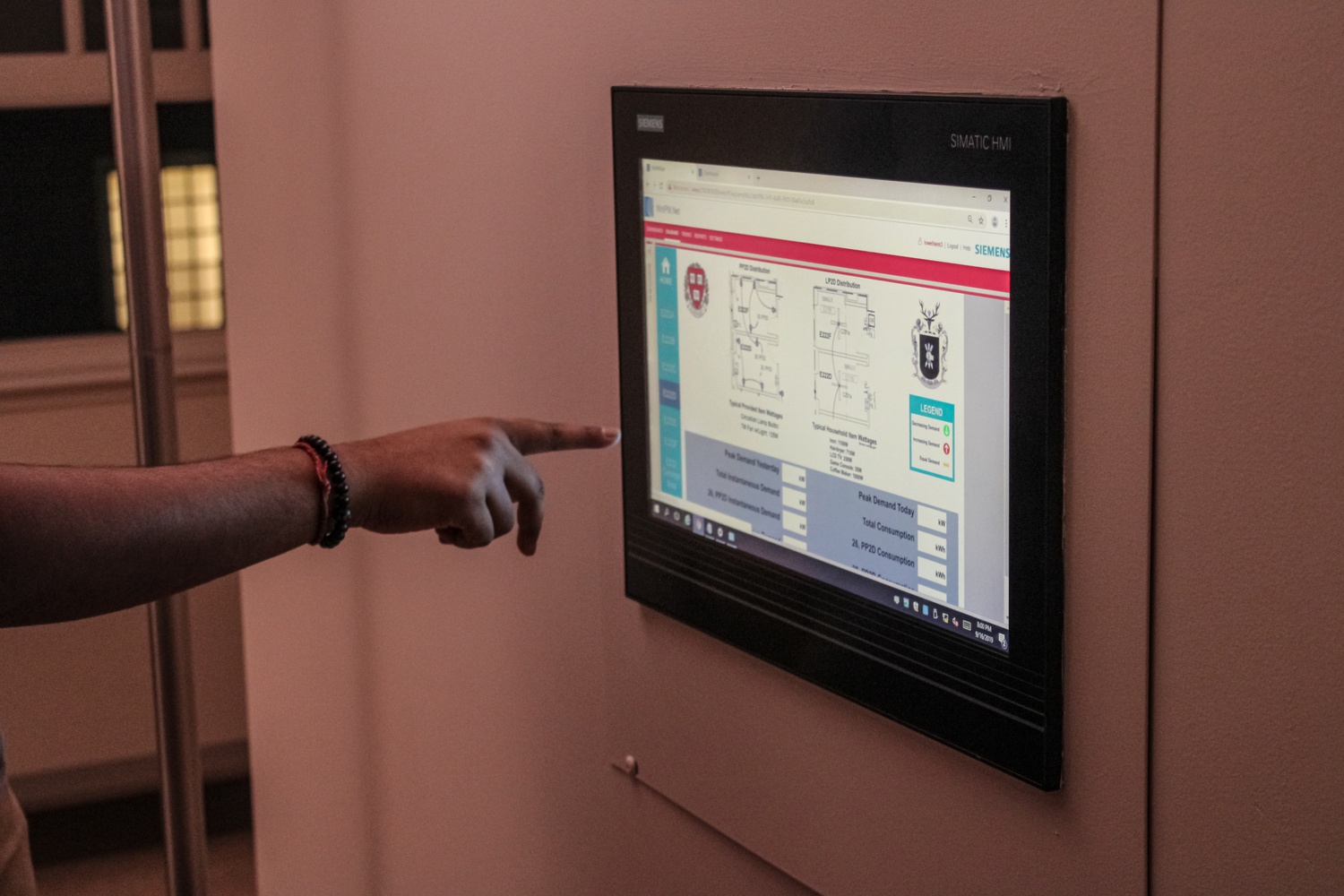 Physics professor Mara Prentiss and Harvard Medical School professor Steven W. Lockley collaborated to design these systems as part of a pilot project. If the systems substantially impact the Lowell residents’ well-being and encourage more sustainable living habits, Harvard may eventually adopt the technologies on a larger scale, according to Prentiss and Lockley.

“We have the opportunity in the Sustainability Suite to pilot this type of lighting for the students’ residences, with the hope that if the pilot goes well, we’ll install the type of lighting across the university, which will help with the quite well-established problems that students have with sleep and alertness, and from that sometimes mood and metabolic problems,” Lockley said.

Brandon P. Geller ’08, assistant director of sustainability and energy management in the Faculty of Arts and Sciences, wrote in an emailed statement that the occupants of the Dynamic Energy Suite will eventually be engaged in a study focusing on sleep health and energy consumption.

“Harvard House Renewal and the Office for Sustainability are committed to leveraging the talent of our students and faculty to use our campus as a living laboratory for piloting and proving solutions to the world’s greatest sustainability challenges,” Geller wrote.

Prentiss said that the idea for tracking energy usage in dorm rooms came out of her course Freshman Seminar 27: “Energy Be the Change.” The students in the fall 2016 iteration of her course collectively developed a plan for what she called a “smart dorm” — a suite equipped with technology that would help residents keep track of their energy usage and compare it with average levels of consumption throughout the house. Prentiss pitched it to Harvard’s Sustainability Office and subsequently to a Harvard facilities management team in March 2016.

“I was really pleased that something students did as their class project became a physical reality,” Prentiss said. “Harvard students matter. You guys came up with this and made it happen. And I think that's really valuable.”

More than 15 years ago, Lockley and his team discovered a light-sensitive cell connected to the portion of the human brain that controls the circadian clock, which in part governs sleep patterns. By adjusting the intensity of blue light, the researchers could control the alertness of the brain.

“In the daytime, when we want to be awake and alert, we used a blue-enriched white light. It has a high intensity that provides an alerting response to the brain,” Lockley said.

Conversely, in the evening, systems in the suite remove blue wavelengths, emitting a redder light that encourages the brain to prepare for sleep.

The lights used in the suite are LEDs, or light-emitting diodes, which consume less energy than commonly used incandescent or fluorescent lamps.

“If you, for example, took out the fluorescent lights in your home or factory or school and replaced it with LEDs, you would get about a 50-percent reduction in energy use, so you would be much more energy-efficient,” Lockley said.

The same lighting system that Lockley designed is also being used on the International Space Station to calibrate the astronauts’ biological clocks to when they should be awake and when they should be asleep. NASA funded much of his lab’s basic research on circadian photoreceptors, Lockley said.

Pedro L. Cunha Farias ’20, a Lowell resident who lives in the suite, said he thinks the built-in energy-monitoring systems have “definitely” encouraged him to consume less energy than normal.

“I think it’s honestly awesome that the University is doing this because it’s a great way to increase awareness as to how much energy we’re consuming, because quite frankly sometimes it’s higher than you’d expect,” Farias said.

“I think in some sense there’s a competitive aspect to this. We just recently learned that we can see by room how much energy that they’re spending, so I think that that has driven down some of our consumption,” he added.