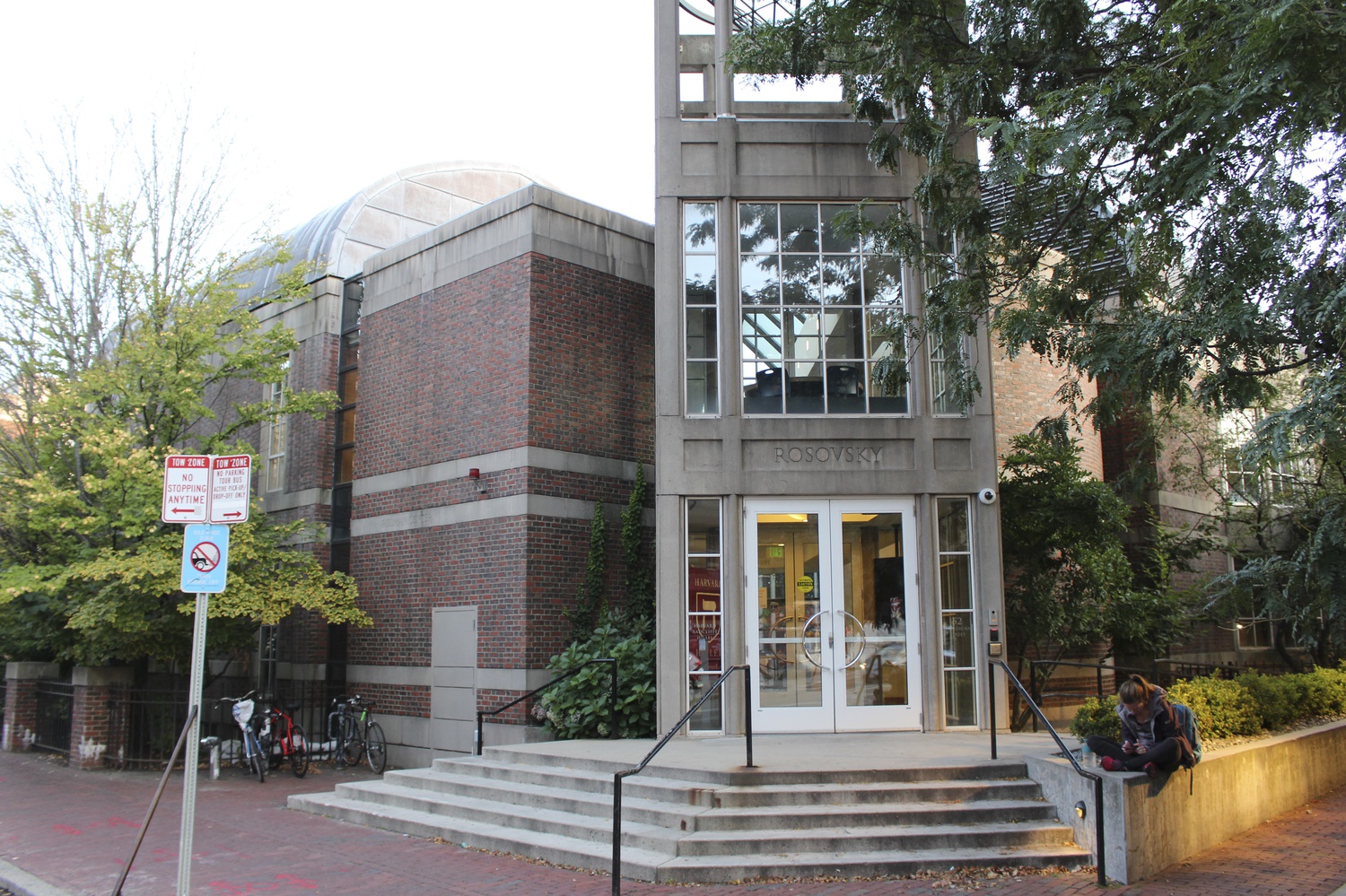 Harvard donor and convicted sex offender Jeffrey E. Epstein “facilitated,” but did not contribute money to, the leading donation that funded the construction of Harvard Hillel’s building, according to Hillel Executive Director Rabbi Jonah C. Steinberg.

Epstein — whose arrest and trial on sex trafficking charges made national headlines this summer — was previously believed to have helped finance the construction of the building.

In 1991, the New York Times reported that four men, including Epstein and billionaire and major Harvard donor Leslie H. Wexner, pledged to raise $2 million for the construction of Hillel’s new building.

The building — which cost roughly $3.6 million in total — was completed in 1994 and named Rosovsky Hall. In 2003, The Crimson reported a plaque at Hillel listed Epstein as a donor of the “Rosovsky Naming Gift” alongside Wexner and his wife, philanthropist Abigail S. Wexner. Epstein was Wexner’s financial manager at the time.

Henry A. Rosovsky, who is a dean emeritus of the Faculty of Arts and Sciences, did not respond to requests for comment on the funding and dedication of his namesake building. Wexner reportedly connected Epstein and Rosovsky in 1991, and Rosovsky later attended several discussions held in Epstein’s Cambridge office.

Wexner also did not respond to requests for comment.

Commenting for the first time since the allegations against Epstein surfaced, Steinberg wrote in an email Wednesday that Hillel’s records show Epstein himself never contributed funds to the project. Steinberg added that Hillel replaced the plaque bearing Epstein’s name with signage excluding him “several years ago.”

“Mr. Epstein facilitated a leading gift toward the construction of Harvard Hillel’s building, and his name was associated with that gift at the time – however, that gift itself was donated by the Wexners,” Steinberg wrote. “Given that, and in view of Mr. Wexner’s having severed connections with Mr. Epstein, we were glad to list only Leslie and Abigail Wexner as having donated the naming gift for Harvard Hillel’s building.”

The only contribution Hillel has on record from Epstein himself is a $50,000 donation he made at a Hillel fundraising dinner in 1991, “long before his criminal activities became known,” Steinberg wrote. He did not respond to questions about whether Hillel planned to return or review the donations.

Bacow wrote Thursday that Harvard received at least $8.9 million in donations from Epstein between 1998 and 2007. Though the University has spent most of those gifts, it still has an unspent balance of $186,000, which will be donated to organizations that support victims of human trafficking and sexual assault.

Bacow also wrote in the email that Harvard would also review any donations made to the University at Epstein’s “suggestion.”

Wexner hired Epstein as his financial manager in 1987 and gave him power of attorney through a legal document, granting him the ability to “do all the acts, take all the proceeding; and exercise all the rights, powers, and privileges which I might do, take or exercise with respect to any of my assets.” The Times reported in July that Epstein grew more involved in Wexner’s charitable pursuits in the 1990s when he became a trustee of a Wexner family foundation.

Wexner recently wrote in a letter to employees that he cut ties with Epstein in 2007, after the allegations against him surfaced and Wexner discovered he “misappropriated vast sums of money from me and my family.”

While Wexner’s gift to construct Rosovsky Hall was made directly to Hillel — which receives no funding from the University — he has also donated more than $19 million to the Harvard Kennedy School over the years. Some of those donations occurred while Epstein still served as his financial manager and had power over his assets.

The allegations against Epstein received renewed attention beginning in November 2018, when a Miami Herald investigation found he allegedly ran an underage sex ring out of his Palm Beach, Fla. home from 2001 to 2006.

The Herald identified around 80 women who say Epstein molested or sexually abused them before 2006, when a team of lawyers — including Harvard Law School professor emeritus Alan M. Dershowitz — struck an extraordinary plea deal with the District Attorney’s office.

Epstein was arrested on new charges in New York in July. In August, he died in the Manhattan Correctional Centerr in what authories said was an apparent suicide.

Beyond facilitating Wexner’s donation to Hillel, Epstein boasted deep, longstanding ties to Harvard, despite not being an alumnus of the University. He was associated with several administrators and faculty including Dershowitz, Rosovsky, former University President Lawrence H. Summers, and Mathematics and Biology professor Martin A. Nowak.