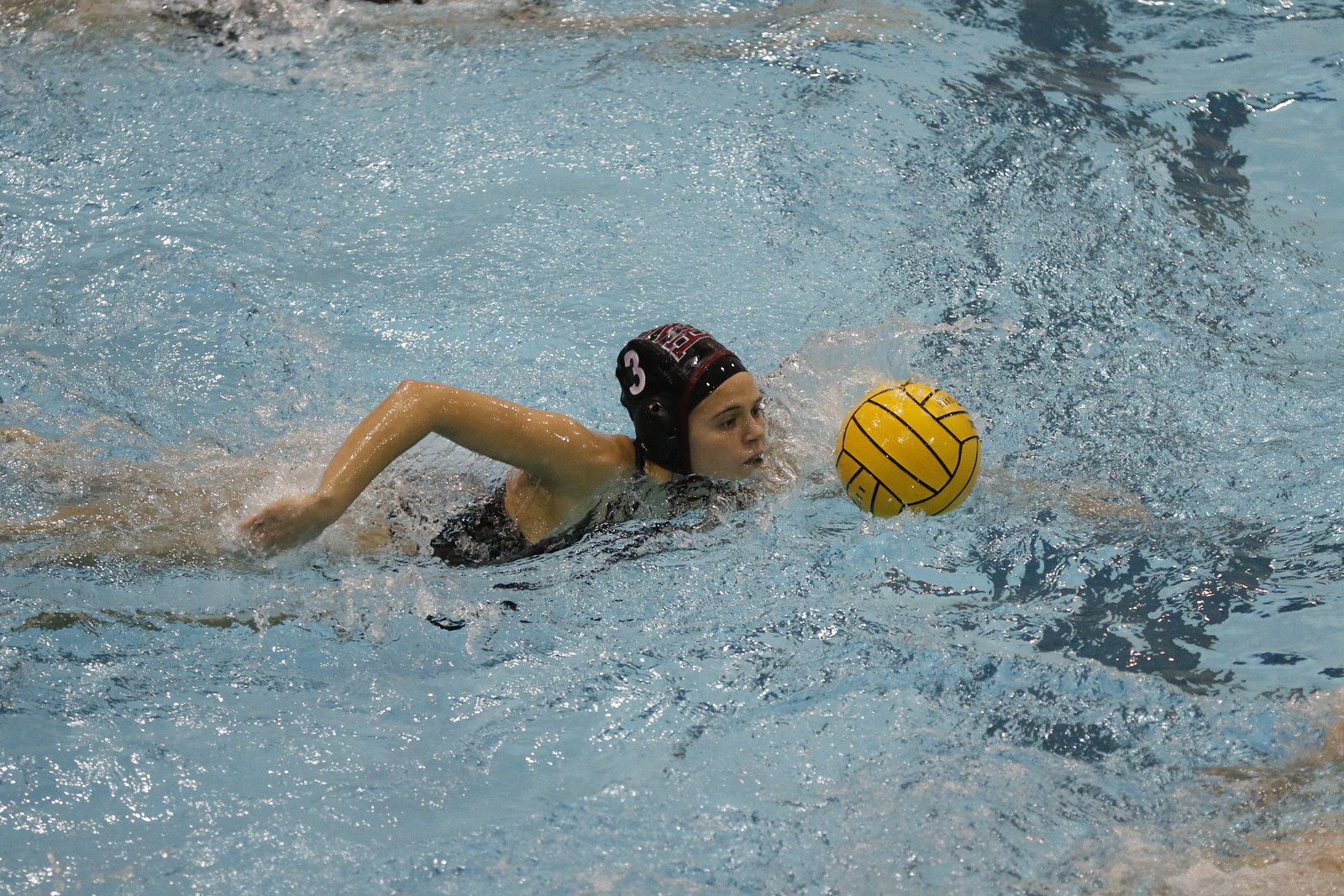 This past weekend saw the women’s water polo team battle against tough, nationally-ranked opponents. After finishing fourth at the CWPA championships, the team finished the season with a 21-8 record, only the fifth time in team history it has eclipsed the 20-win mark. By Timothy R. O'Meara
By David Manikas, Crimson Staff Writer

In this past weekend’s CWPA Championships, Harvard found itself in the semifinals facing top-seeded Michigan. Unable to upset the favorites, the Crimson entered the third-place match against Bucknell, concluding its 2019 campaign in fourth place in the CWPA.

Recording its fifth 20-win season in program history, the Crimson has its sights set on the 2020 season, where a majority of the players will be returning to fight for the NCAA tournament bid.

The fourth matchup of the season was another contest of back-and-forth action. The Crimson and the Bison exchanged goals throughout the first half, going into the break separated by a single goal with Bucknell taking a 4-3 lead.

A two-goal spurt by Harvard to open the second half of play gave the Crimson the lead and third place in sight. However, continued scoring by both sides brought the two teams even through three, tied at seven apiece.

Back and forth scoring continued into the final frame, but the Bison managed to pull away with back-to-back goals from sisters Paige and Ally Furano, putting the Crimson down by two. The game concluded with hat tricks from sophomore Olivia Price and first-year Grace Thawley and a 10-save game from senior keeper Samantha Acker.

Top-seeded Michigan earned a day off after their perfect regular-season run, having extra rest ahead of their first game of the weekend against Harvard. Last year’s conference champions, the Wolverines were looking to repeat their previous year’s success with a perfect CWPA championship record.

The game started out with early scoring from Michigan, as the Wolverines managed to get ahead of the Crimson at the end of the first quarter, leading five goals to two. The second quarter saw a similar result, as Michigan’s extra rest proved to be vital for their high energy in the first half.

Harvard returned from the halftime break with a sense of urgency, putting on an impressive third quarter of play as it did against Brown. Outscoring the Wolverines 4-1 in the quarter, the Crimson cut the Michigan lead to just four goals, trailing 11-7.

Michigan’s defensive pressure made it difficult for Harvard to continue its offensive run in the fourth, however. The Crimson was held scoreless in the final eight minutes of play as Michigan scored three goals of its own to extend the lead to seven and solidify a CWPA finals spot, where they took down Princeton to receive a bid to the NCAA tournament.

The Crimson’s first matchup of the CWPA championships was against the host, Brown. Playing another close game against the Bears, Harvard found itself trailing by two goals at the end of the first half.

However, the Crimson’s offensive prowess that was dominant throughout the rest of the season was on display in the third period, as Harvard scored five goals to take an 8-6 lead. Contributions from senior attacker Kristen Hong, junior attacker Grace Thawley, and sophomore Olivia Price, and junior Mathilde Ribordy gave the Crimson new life in the game.

Harvard was able to maintain their lead in the final period of play, holding Brown off 11-9. Hong led the Crimson with four goals, with Thawley contributing two.

Moving on to the semi-finals of the CWPA championship, the Crimson looked to face off against Michigan in a rematch of the final game of the regular season.

“Michigan is who we want to be playing,” said Hong before the start of the tournament, looking forward to the opportunity to avenge the Crimson’s loss against the Wolverines.

Impressive performances throughout the regular season by Thawley and Kristen Hong earned the two nominations to the All-CWPA team, with Hong receiving first-team honors and Thawley receiving second-team recognition. The two combined for 106 goals on the season, helping the Crimson tremendously to their 21-8 season record. The first-team honor is Hong’s first, and Thawley looks to continue her success for the Crimson in years to come.

The squad also celebrated their season following the weekend with their annual banquet, where several members of the team were honored with awards. Senior Haley Bowe was awarded the Peter Hursh ‘74 Memorial Award for her spirit and tenacity as a member of the program.

“Haley Bowe, to come back after taking one year off and finishing her three years of eligibility: the leadership she brings to the pool everyday, her work ethic, and her amazing attitude has been great,” said head coach Ted Minnis reflecting on Bowe’s importance to the identity of the team.

Looking ahead, the team will be returning 12 of its 15 current members with the departures of Hong, Haley Bowe, and Samantha Acker. The freshman class that was so-heavily relied on in certain points of the season will look to build on its first-year experience and push for a deeper run into the postseason.