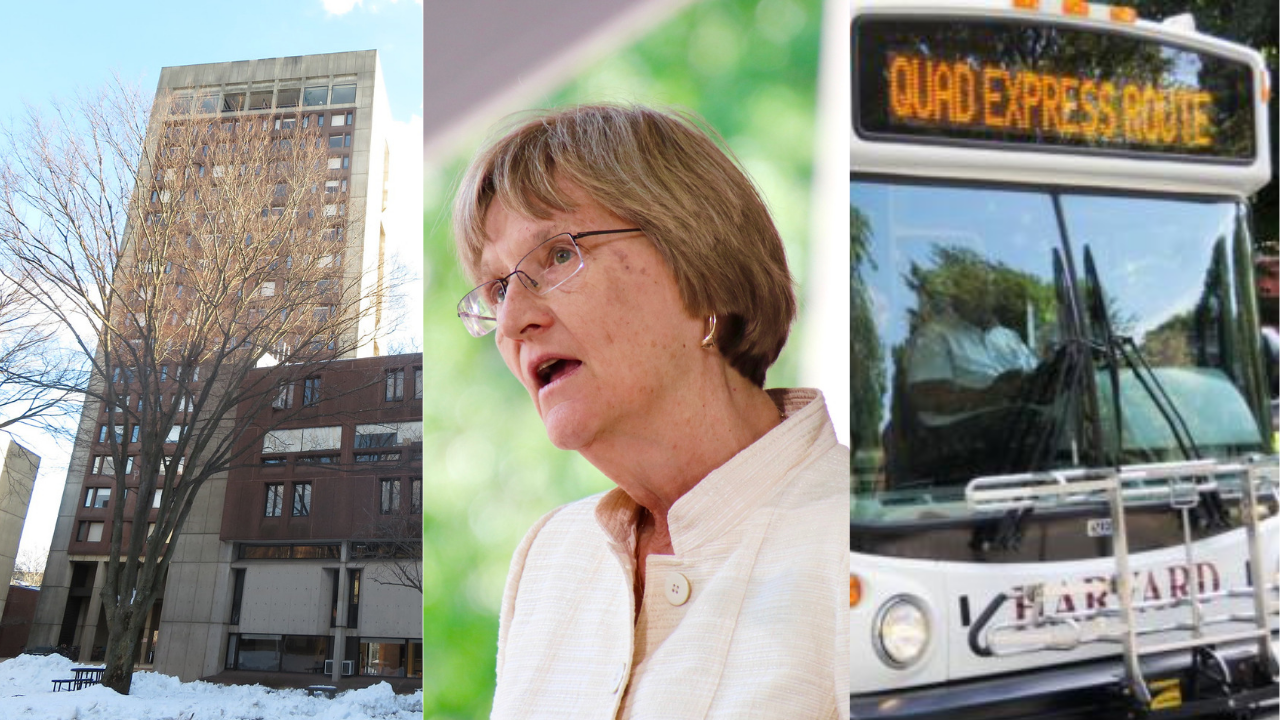 Guide to Harvard Inside Jokes

Harvard Inside Jokes By Courtesy of David Harris, Amy Y. Li, Trula J. Rael, and Virginia F. Tiernan
Wondering why everyone is laughing about AirPods or joking about a "Transformative Experience"? Wonder no longer.
By Lorenzo F. Manuali

The idea of “selling out” in college is well known at Harvard. In case you’re confused, it usually refers to when a student uses their time at college to try to get a lucrative job (usually in finance or consulting). Less well-known is the fact that selling out to work at Goldman Sachs has a special reputation among the Harvard student body. Former University President Drew G. Faust joined Goldman’s board of directors days after she was finished with her tenure as Harvard’s president, resulting in lots of jokes on campus.

These have become a worldwide phenomenon and a symbol for bougieness and workaholics, but the joke is even more relevant to Harvard. Stereotypically, Harvard students like to flex more than most people, and AirPods are the ultimate way to achieve that. The real inside joke, however, has to do with a relatively recent incident in which a student was robbed of their AirPods in Harvard Yard. The robber allegedly asked for the AirPods for a minute to see if their charger worked. While it’s certainly sad that this robbery happened, students joked about stealing AirPods for a while after the incident.

The Quad is Far

There are 12 residential houses you can live in after you spend your first year in one of the freshman dorms on campus. You’re randomly sorted into your house on Housing Day, which happens in the middle of your first spring semester. Nine of the houses are called “river houses” because they are close to the Charles River. The other three constitute the Quad, or what used to be Radcliffe College (which, when Harvard was all-male, was its female counterpart), so they’re a bit farther (think a few minutes walking difference) than the rest of the houses. How much farther and whether that’s actually a good thing is still debated.

Another one of the houses you can be sorted into is Mather House. The joke here is that while other houses may look ornate and New England-esque with their brick walls and bell towers, Mather looks like a concrete slab sticking up into the sky. In other words, many people joke that it’s rather ugly, though others disagree. But, as the saying goes, “You don’t need to look at Mather if you live in it!”

This phrase is one that Dean of the College Rakesh Khurana uses pretty often to describe what he hopes Harvard College will be for undergraduates. He used it so much, though, that the phrase has taken on a sort of mythic status. Students joke that everything is supposed to be a transformative experience, from the dhall food to the late nights.

Click here to read more of the Flyby Guide to Visitas!