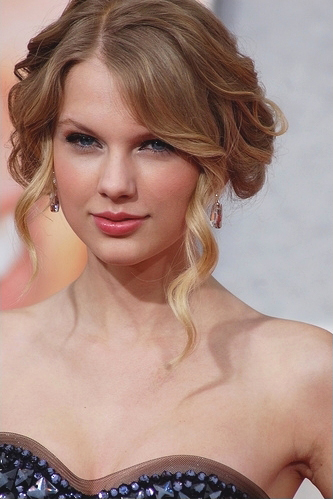 From "Fearless" to "Reputation," Taylor Swift has had a mean streak. By Courtesy of Wikimedia Commons
By Connor S. Dowd, Crimson Opinion Writer

No movie villain is more terrifying than the chubby, pink stuffed bear Lots-O’-Huggin’ from “Toy Story 3.” His true horror lies in the disconnect between his fluffy, amiable exterior and his icy, malice-filled heart. He proves time and time again that he is more than willing to harm the other toys if it will help him get ahead, even leaving them to meet a fiery death in an incinerator, and never shows any signs of true remorse.

Beneath a similarly non-threatening façade, marked by Southern charm and songwriting prowess, Taylor Swift harbors a Lotso side of her own that emerges every once in a while in the form of a particularly caustic song. Those who have wronged her await a fate even worse than death by garbage fire: public humiliation and musical defamation. Her list of victims includes ex-boyfriends, the girlfriends of her love interests, and even one notable rapper. What follows is an attempt to choose from her extensive catalogue the five spiteful songs that hit the hardest.

I mean, it’s right there in the title. A song that superficially looks like an empowering anthem about refusing to let words hurt you also happens to include some pretty ruthless predictions about the futures of Swift’s critics. Allegedly written about music critic Bob Lefsetz after he publicly lambasted Swift’s performance at the 2010 Grammy Awards, the lyrics simultaneously preach self-confidence and also offer some pretty clear attacks on the character of Lefsetz and others. “All you are is mean, and a liar, and pathetic, and alone in life and mean, and mean, and mean, and mean,” she sings near the track’s end. We get it — this person is mean. Perhaps it was unnecessary to also call him pathetic and “alone in life,” but apparently she really wanted to drive her point home. And does she really know that her critics have no other defining characteristics beyond their meanness? A slightly more open-minded look at their life stories could bring some clarity to this particular situation, but unfortunately Swift doesn’t take that approach. While her victims in this song (and Lefsetz in particular) must not be very nice people, Swift’s dismissal of their lives as doomed and lonely seems over-the-top. Maybe just stick to calling them mean several times in a row.

This song, like Taylor Swift herself, hides its malice under layers of lovesick melodies and wholesome fantasies, but nonetheless contains some scathing attacks. To summarize the song, Swift’s love interest is getting married to another woman, and she sets out to stop the wedding. This is all fine, until you consider about how the bride must feel when Taylor Swift pops up at her wedding and declares her love for the groom. To make matters worse, Swift can’t help but poke fun at the bride-to-be and her “snotty little family all dressed in pastel.” This could easily be construed an attack on the bride’s ten year old cousin or something, so it’s fair to say that Swift should cut back on the aggressive adjectives for the time being. Besides, unless she’s just a really big fan of “Wedding Crashers” or Rachel from “Friends,” Swift has no excuse to break up an impending marriage so callously, even if they did indeed say “speak now.”

Allegedly written about actress Camilla Belle as payback for her “theft” of Swift’s former boyfriend Joe Jonas, this particularly mean-spirited song asserts that Swift’s rival “underestimated just who she was stealing from.” Judging by her lyrical assassination here, that assertion seems true. On a side note, Joe Jonas can probably make his own informed decisions, so assuming that he was “stolen” seems a little bit inconsiderate of his agency. Honestly, he was probably tired of having hurtful jabs masked as country-pop songs directed at him. At any rate, the most aggressive lyric on this track comes when Swift calls Belle “an actress” who is “better known for the things that she does on the mattress.” Yikes. For the record, Camilla Belle was still upset seven years later, so you know this one cut deep.

This is one of Taylor Swift’s preeminent country bangers, perfect for listening to late at night driving down a country road, but that doesn’t excuse the fact that at its core it’s a petty, spiteful break-up song that’s mean in a childish (but probably still hurtful) way. She makes it tremendously clear that she “really really hates that stupid old pickup truck” her ex used to drive and calls him a “redneck” for good measure. This isn’t exactly a flattering portrayal of this guy, but it’s nothing compared to her threats she sends his way in the second verse. “There’s nothing stopping me from going out with all of your best friends,” she sings, and later adds, “If you come around saying sorry to me, my daddy’s gonna show you how sorry you’ll be.” Between the promises of destroyed friendships and physical violence, it might be a good thing for this dude if Swift burns all of her pictures of him. Who knows how else she might use them.

On the one hand, the criticisms that this song levies at John Mayer are probably deserved. On the other, calling him out by name in the song’s title and proceeding to completely annihilate his character over the course of an almost seven minute song seems harsh. The two dated when Swift was 19 and Mayer was 32, which is strange enough to begin with, but that fact only makes it even more surprising that the 19-year-old country singer emerged from the breakup with the upper hand. In her own words, she’s “shining like fireworks” over Mayer’s “sad empty town.” Without going into too much detail, every verse of the song just (pretty explicitly) alludes to Mayer’s manipulative ways and philandering. If you need further evidence of how mean this song is, look no further than Mayer’s reaction. He seemed genuinely hurt by the musical attack sent his way, saying, “I was really caught off-guard, and it really humiliated me at a time when I'd already been dressed down.” At the end of the day, Swift is never afraid to humiliate the people who wronged her in the most public of fashions, and Mayer stands as the most notable victim, but by no means the only one.