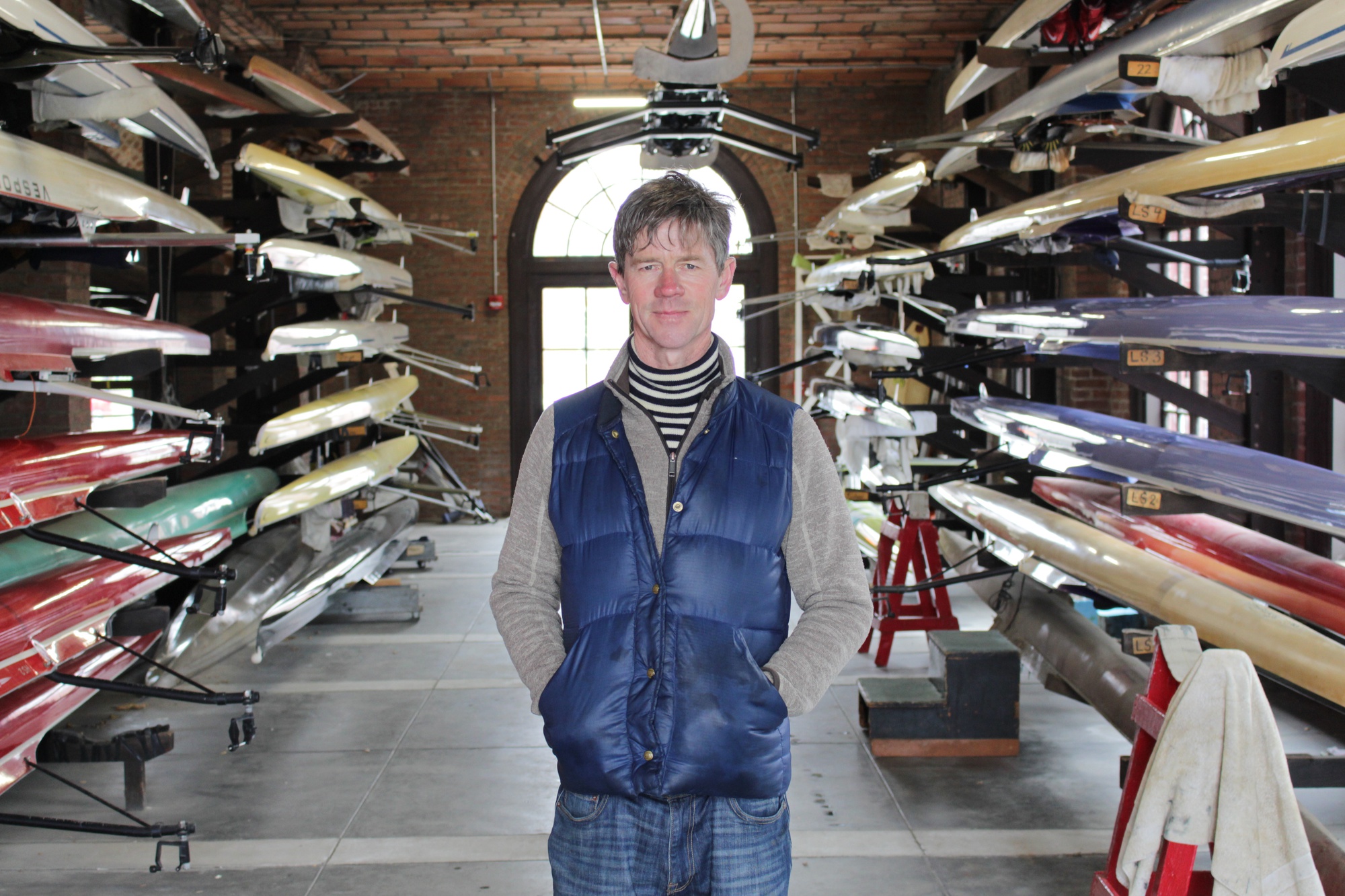 A Writer on the Water

“If you're a writer,” Boyne asks, “how can you be authentic by just really relaxing into your own personal comfort zone?”
By Zoe B.R. Goldstein and Alec P. Kahn

The first rowing scene in the movie was filmed before dawn, Dan J. Boyne recalls. There were “six pairs, two oared shells, racing… full-tilt toward a boom camera off of a tree,” he says. “We're almost colliding every take. And this is before the sun came up.”

Boyne is describing a scene he helped film for “The Social Network,” the 2010 drama about Mark Zuckerberg’s invention of Facebook while at Harvard.

Boyne, director of Recreational Rowing at Harvard, was called in to assist the production crew, who knew nothing about rowing, with the filming of the movie’s essential rowing scenes. As he taught them, it’s a lot harder to film on the water than on land, and they spent two weeks attempting to capture ten seconds of footage. He nonchalantly summarized the experience of working alongside celebrities such as Armie Hammer as “interesting, but very stressful.”

In addition to the occasional celebrity rowing lesson, Boyne is in charge of all things non-varsity rowing at Harvard. He oversees the intramural rowing program and Harvard’s sculling program, coordinates the graduate schools’ rowing clubs, and sometimes helps walk-ins get acquainted with the sport.

When we first catch a glimpse of Boyne, he is helping a woman carry a single scull (a two-oared boat designed for one person) into Weld Boathouse from the Charles River. He later tells us that that was her first time on the water, ever. It was a cold, windy day in early April — and he was her instructor. 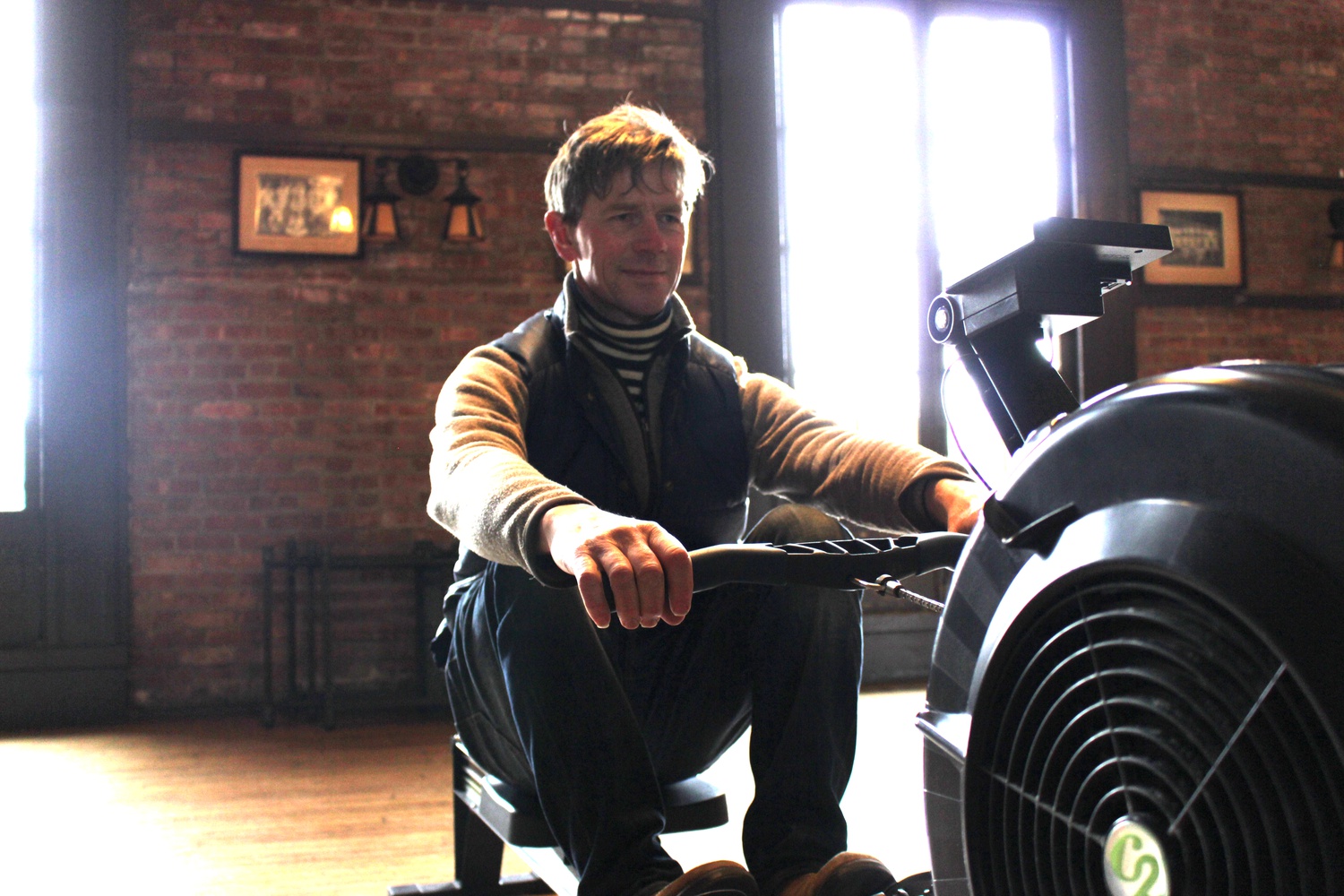 Dan Boyne has been a rowing instructor at Harvard for 33 years. By Ryan N. Gajarawala

In spite of his demonstrated rowing expertise, Boyne thinks of himself as an amateur: a person who does and loves an activity for the sake of the activity, rather than for material gain.

“I read somewhere that, the more you know in a broad base or range of subjects, the closer you would be to divine knowledge. ’Cause if there is some divine force, that of course would be all-knowing,” he says. “That seems like a highfalutin concept, but for me, if you’re always learning something and you're always switching, you are in more of that state of, like, authentic wonderment.”

Perpetually in the pursuit of this authentic wonderment, Boyne has published four books, all of them rowing-related, earned his Master of Education from the Harvard Graduate School of Education, trained to become a licensed yoga instructor, and traded rowing lessons for guitar lessons with prolific folk musician Livingston Taylor — all while working full-time for Harvard.

Boyne says he has two major concerns as a rowing instructor. One is the constant vulnerability to the whims of the weather, and the other is safety. “One of my first years on the job, I actually saw someone get killed on the river,” he says. “Hit by another boat.”

Boyne’s firsthand experiences with the dangers of rowing don’t end there. “I [had] another sculler [a person who rows with two oars] at Henley, in England — it’s a big race. He was at the starting line.” It was his oldest student, a 70-year-old, in a single. “And this eight [a fast-moving boat with eight oars and eight rowers] was on the wrong side of the river and it hit him. And it grazed him, but he had the yellow paint from the… boat, in his, like, backside.”

The pressure of being a rowing instructor is, for Boyne, part of a constant quest to find his edge. “If you're a writer,” he asks, “how can you be authentic by just really relaxing into your own personal comfort zone?”​​​​​​

An English major at Trinity College, Boyne says he could easily have gone the path of many of his friends, becoming a writer or a teacher. Instead, he became a rowing coach. He founded the Tufts Varsity Women’s Crew team out of Newell Boathouse in the 1980s. From there, he was recruited to work at Harvard in his current job, a position he accepted so he would be able to pursue his writing and other passions in addition to rowing.

In the 33 years he has been a rowing instructor at Harvard, Boyne has taught, by his own count, thousands of people from across the globe how to row — celebrities, state police, ex-navy SEALS, and the occasional Harvard student walk-in. However, he insists that even the most revered people are, in reality, ordinary — a fact revealed once he gets them on the water. “That's the thing about rowing. People can have great importance, self-importance, and they get out in the boat and it’s no longer there.”