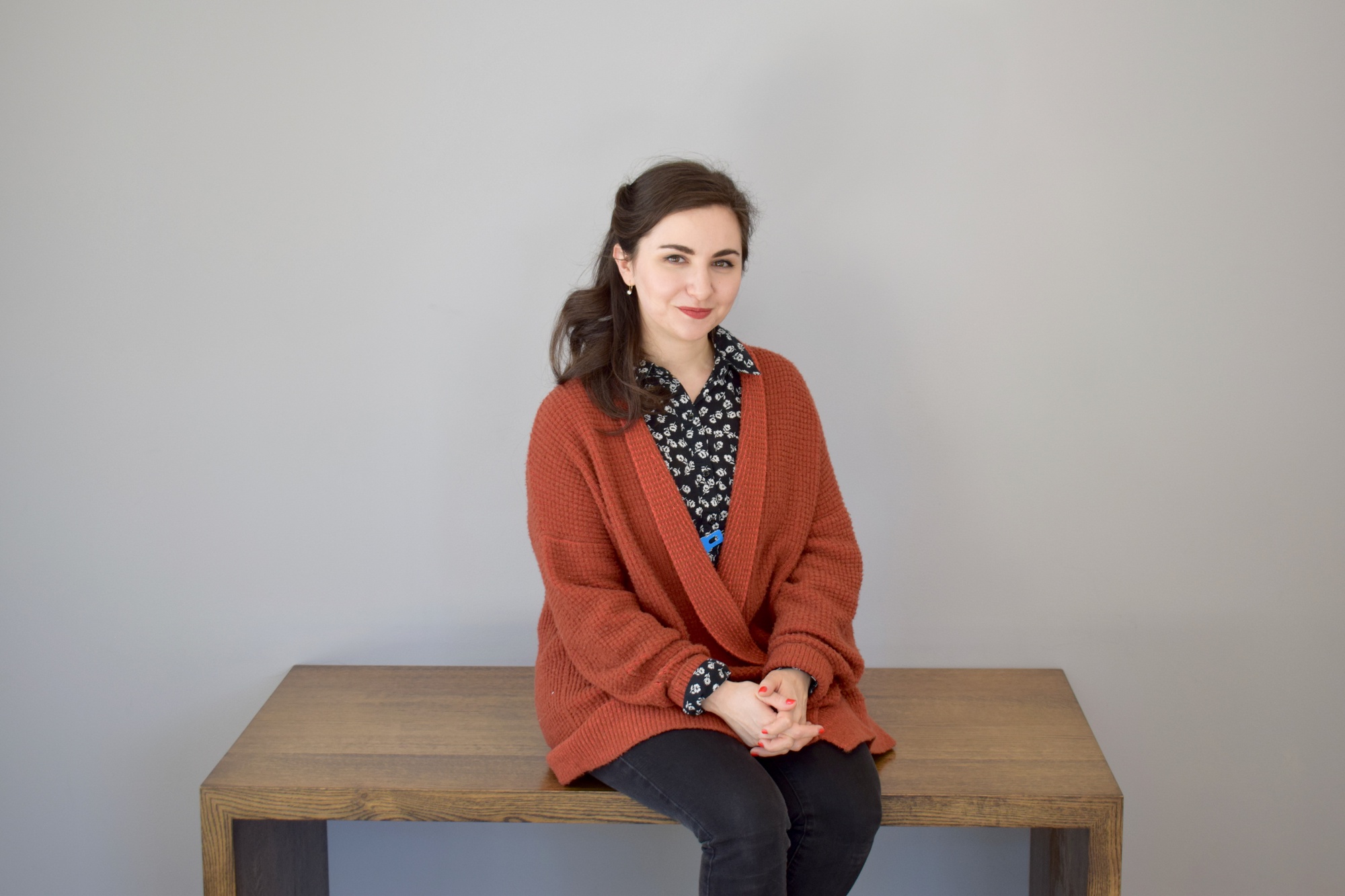 Aspects and fragments of Yiddish have become ubiquitous in our common vocabulary, operating, in Rachelle T. Grossman’s words, as “cultural capital, a cultural currency, as a symbolic language.”
By Erin E. Aslami and Zoe B.R. Goldstein

“Now the story of a wealthy family who lost everything, and the one son who had no choice but to keep them all together,” reads the tagline of the popular American sitcom “Arrested Development.” Not everyone would guess that the tagline is better realized in Yiddish — but not everyone is Rachelle T. Grossman, a fourth-year graduate student in the Department of Comparative Literature.

Grossman cleverly integrates the themes of the show into its introduction by replacing the final words of the tagline with the Yiddish phrase “tsunoyfhaltn,” which means “bring together.” But the phrase also has an added financial connotation, one that further emphasizes the family’s struggles.

“I'm surprised this came on anyone's radar,” Grossman says when asked about her decision to translate and record a Yiddish dub of “Arrested Development.” Speaking of the Hasidic community—the primary speakers of Yiddish today—Grossman says, “The [ultra-]Orthodox are not accessing YouTube or the internet much at all,” she says, and the people who are not Orthodox Jews do not speak Yiddish.

So why did she make this dub?

After all, those familiar with the show may be wondering about the lines which depend on English double meanings, such as the iconic “fire sale” scene, which she translated directly nonetheless.

Her project started as an assignment for University of Ottawa Professor Rebecca Margolis’ summer class at the Yiddish Book Center. Since it is difficult to access the “living culture” of Yiddish, Grossman says Margolis used the project as a pedagogical tool to creatively engage with the language.

Though the idea of combining Germanic languages, Slavic languages, Hebrew, Aramaic, L’shon Hakodesh (the Sacred Tongue), and Latin might sound confusing, Yiddish — the product — has been adopted into the casual vernacular vocabulary.

“[Yiddish words have] come to mean something beyond their official Yiddish meaning,” Grossman says. “Why is it that people talk about ‘schlepping’ all the time, or they have a ‘shtick’?” Aspects and fragments of Yiddish have become ubiquitous in our common vocabulary, operating, in Grossman’s words, as “cultural capital, a cultural currency, as a symbolic language.”

Grossman distinguishes between the vernacular and post-vernacular, saying with respect to Yiddish in the media now that “it's not vernacular, it's not meant to communicate in the language. It's meant to communicate something symbolic beyond the language.” Grossman says that, though Yiddish in the post-war era “ceases to be effectively communicative” because of its narrow reach, the tropes are still trafficked beyond Yiddish communities.

Sometimes, Grossman found she could add an additional layer of humor to “Arrested Development” by using Yiddish, as she did in translating the tagline. Grossman chose the show — though it is not explicitly Jewish in any way — because she felt the humor could “be better captured, or also captured well, in Yiddish,” she says.

One such instance was family patriarch George Sr.’s imprisonment, which he comes to consider a vacation. Grossman matches this to the Yiddish idiom, “I’m sitting like God in Odessa” since Odessa is considered a godless place in Yiddish culture. Grossman further emphasizes the cultural crossover by Americanizing the term “Odessa” to “Las Vegas.” And so the phrase came to be, “I’m sitting like God in Las Vegas.”

She notes that “the language matched the concept, even though the English didn’t officially.”

Celebrating those small yet meaningful moments urges one to wonder about the future of Yiddish and Yiddish dubbing. Grossman emphasizes that the language “means so many different things to different people,” and that “it can contain a lot of multitudes.”

With respect to media and representation, she says, “There’s a decent sized — I won’t say big world — but a decent-sized world of people who are trying to do creative, interpretive work in Yiddish.” It is now just a matter of finding them, among the crowd, sitting like God in Las Vegas.

A previous version of this article incorrectly stated the Yiddish phrase "sunoi f'chalten" means "bring together." In fact, the correct phrase is "tsunoyfhaltn."

A previous version of this article stated that Rachelle Grossman said, "The Orthodox are not accessing YouTube of the internet much at all." To clarify, Grossman was referring to the ultra-Orthodox of the Hasidic community, the primary speakers of Yiddish today.

A previous version of this article stated that Yiddish has become universal. To clarify, aspects of Yiddish have become ubiquitous in common vocabulary.