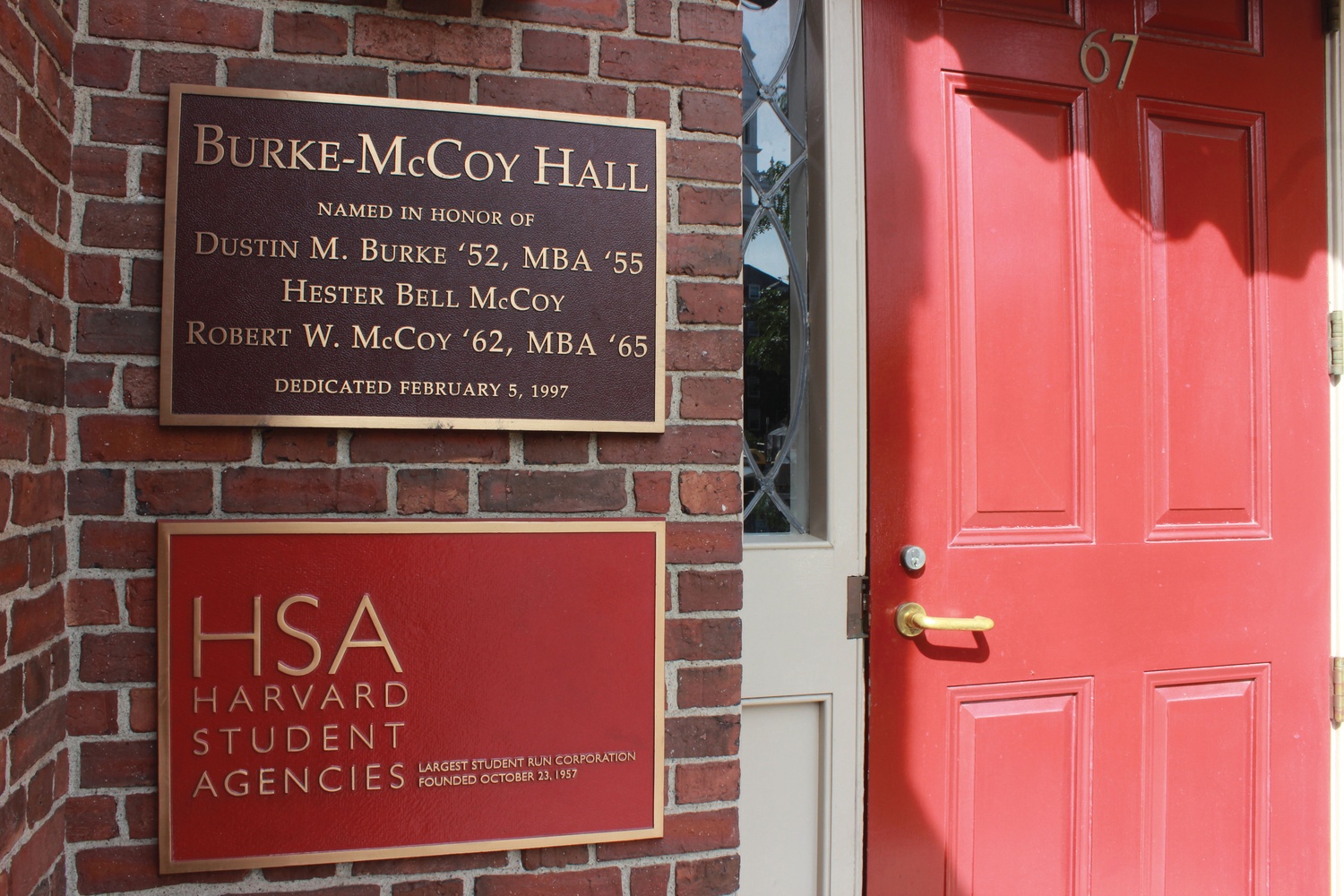 Dev — HSA’s web and mobile software development program — built the phone application after being approached with the idea by a client, HSA President James N. Swingos ’20 said. The client was a team of a “dad and his son.”

During HOPP’s initial launch period on campus, Harvard students will be able to order select items from a fulfillment center, according to Nicholas W. Bunn ’19, CEO of Studio 67, HSA’s on-campus marketing agency and the group in charge of HOPP’s rollout. In the app’s early phase, items will be sold at 10 percent off retail price and with no delivery fee.

Bunn said the client approached HSA asking the group to launch the idea on Harvard’s campus as a “beta-test” to gather data for an eventual pitch to investors.

Swingos said the father and son pair who had the idea, are “direct manufacturers” for some of the products that will be sold through HOPP and reached out to HSA “through a connection in our alumni base.”

“They came to us and were like, ‘We want to launch a direct-to-dorm delivery service for some of the products that we make,’” Swingos said.

He said the father-son team also wanted to debut the delivery service “for some products that are close partners” of what they make.

Though Bunn said he recognizes HOPP is similar to some other food delivery apps, he said he believes HOPP’s ability to directly deliver to Harvard dorm rooms — by employing Harvard students as couriers — will give it a competitive edge.

“The added benefit to this over a lot of others is that it’s delivered right to your door because it’s delivered through our student body,” Bunn said. “You’re just going to basically get a knock at your door, open it up, and it’ll be right there.”

He said that two or three students will be staffed at the fulfillment center at any given time and will deliver the products as quickly as they can travel to customers' dorm rooms.

“If you’re living in the Quad, they’re going to have to wait for the next shuttle so that may take a little longer,” Bunn said. “But if you’re in a river house or in the Yard, it should be no more than 30 minutes in the sense that they just basically have to get the order, put it into one of the bags, and walk it right there.”

HSA will publicize HOPP with an initial email notifying Harvard students of the app followed by a promotional event run by Studio 67, according to Bunn.

Bunn said he thinks one of the highlights of the event will feature a sampling of products from Cold Brewtus — a cold brew company based in Burlington, Vt. Along with coffee, HOPP plans to stock kombucha, Spindrift sparkling water, potato chips, cookies, popcorn, and protein bars, according to Bunn.