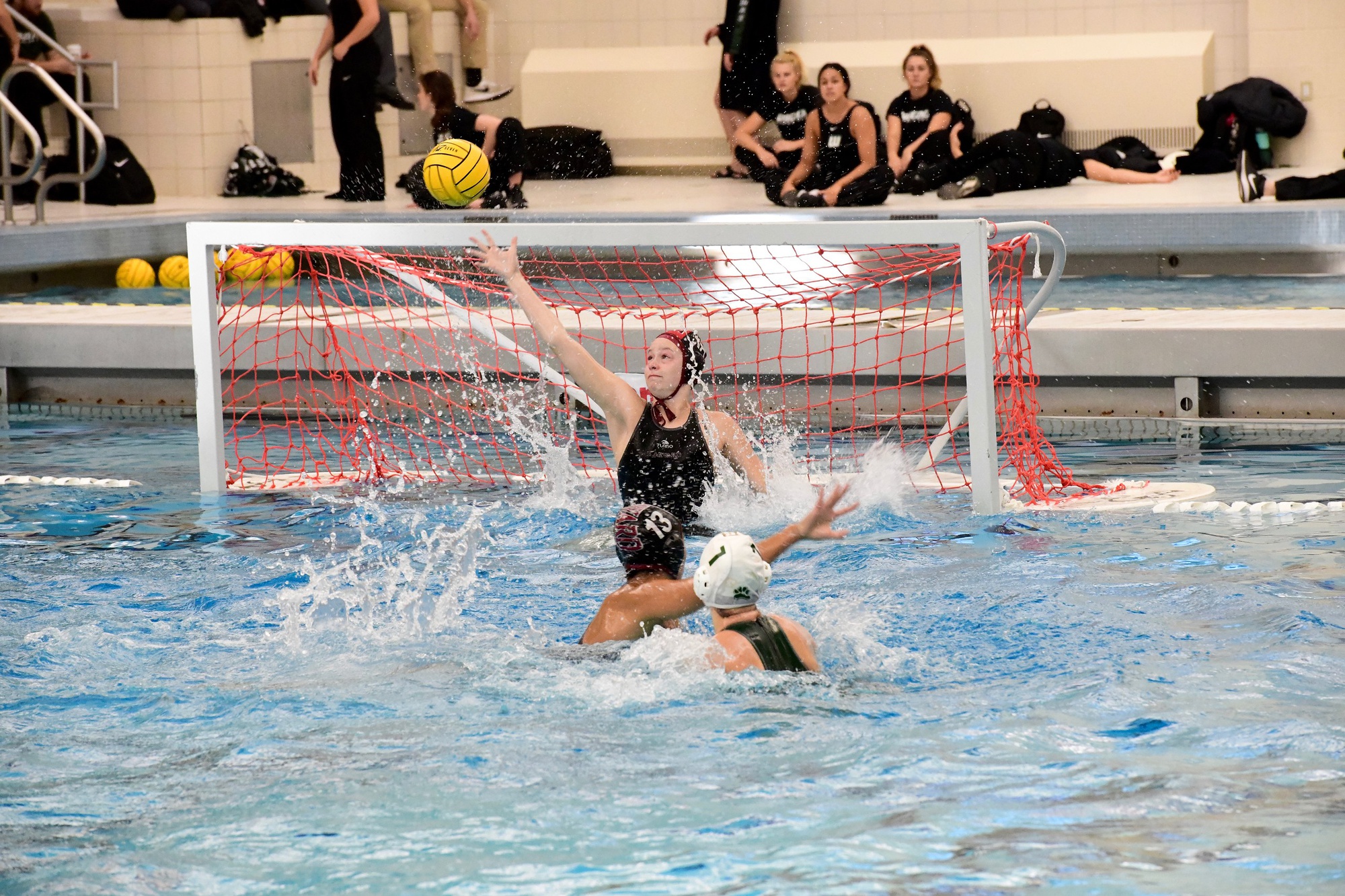 Freshman goalkeeper Zoe Banks gets across to stop a shot versus Sienna. Banks has played a big role in the Crimson's impressive 12-2 start. By Courtesy of Jeanie Wahl
By David Manikas, Crimson Staff Writer

The Crimson’s early-season success has been the outcome of intense preparation and high team chemistry, something rare for a squad where a third of the members are first-years. However, Harvard’s strong freshman class was able to quickly adjust to college play, bonding with the rest of their teammates and stepping up in crucial games.

First-year goaltender Zoe Banks has consistently shown impressive performances since the first weekend of play. Banks, a Palo Alto, CA. native, comes from the same high school as the Crimson’s senior keeper and co-captain, Sam Acker. Faced with the challenge of stepping up against difficult opponents in her first season, Banks was able to hold her own and contribute to Harvard’s historic 9-0 start to the 2019 campaign.

Banks’ impressive start for the Crimson, however, took a mutual effort, as each member of the squad contributed to the chemistry of the team and the enthusiasm surrounding the start of the season.

As a high school athlete, Banks was a member of the USA national youth team as well as the captain of her high school’s water polo squad, leading them to four consecutive league championships.

The college recruitment process is a strenuous time for any athlete, and choosing the right program to commit to is an always an extremely difficult decision. This stress was no different for Banks, who committed to Harvard in her second semester of senior year.

“My process lasted a bit longer,” said Banks, who acknowledged that most other commits make their decisions by the start of senior year. “But I think I knew the whole time that I really wanted to come here because this wasn’t like any other Division I club.”

The combination of a highly-competitive water polo program and an institution that offered Banks both an excellent education and the freedom to study whatever she wanted drove her to Harvard over the other schools that she was deciding between.

Adjusting to a New Level of Play

Making the jump from high school, Banks had to adapt to the faster pace of the game and the athleticism of the competition quickly.

“My coaches have been great in helping me improve my technique a lot in order for me to be better prepared for those shots,” Banks said.

Immediately, Banks showed that her preparation had paid off. In the first weekend of competition, she recorded seven saves and an assist, helping the Crimson start their regular season out strong. Banks also played a big part in the Crimson’s first shutout in program history, recording five saves against LaSalle in a 17-0 victory on February 3rd.

A week later, the first-year received Division I Defensive Player of the Week honors by the Collegiate Water Polo Association for her 38 combined saves, five assists, and five steals throughout two days of competition. Those saves helped propel Harvard to its best start in program history at 9-0.

Competing in high-pressure games early on in the season has been a challenge for a player so new to the collegiate scene. However, Banks credits the environment created by the leaders of the team as her ability to stay focused throughout the win streak and continue performing at her best inside the pool.

The Crimson’s great chemistry has been a decisive factor in their dominant start in 2019. Senior attacker Kristen Hong gave credit to the freshman class as a big reason for the team’s early success. However, the team’s ability to gel so quickly across all class levels is the most impressive part about Harvard’s current position.

Starting their pre-season in Miami, the squad was given an opportunity to grow closer by spending every day with each other both in and out of the pool.

“Coming off of a fall season where we were not playing a lot to that where we spent everyday together brought us to get to know each other pretty well,” Banks said.

Although chemistry among the entire team took some time to develop, it seems as if the freshman class created a bond much earlier on and were able to build off of their connection.

Coming into her first year for the Crimson, Banks was familiar with both Grace Thawley and Borden Wahl through the Olympic Development program, where they first met before they even began high school. As for Evan and Inde, the chemistry between them and the rest of the freshmen was set upon the start, as the first-years found a connection right away.

“I think we have a strong connection between our whole class and I think it makes it a lot easier when times are tough,” Banks said. “We can always look at each other and say ‘we got this’ and it’s nice to have that connection in an out of the pool.”

This optimistic perspective has led Harvard to a 12-2 start on the season, and the Crimson hope to build off their tremendous start against a difficult second-half slate. However, the team’s bond and talent-level should hopefully carry Harvard a long way into the postseason.