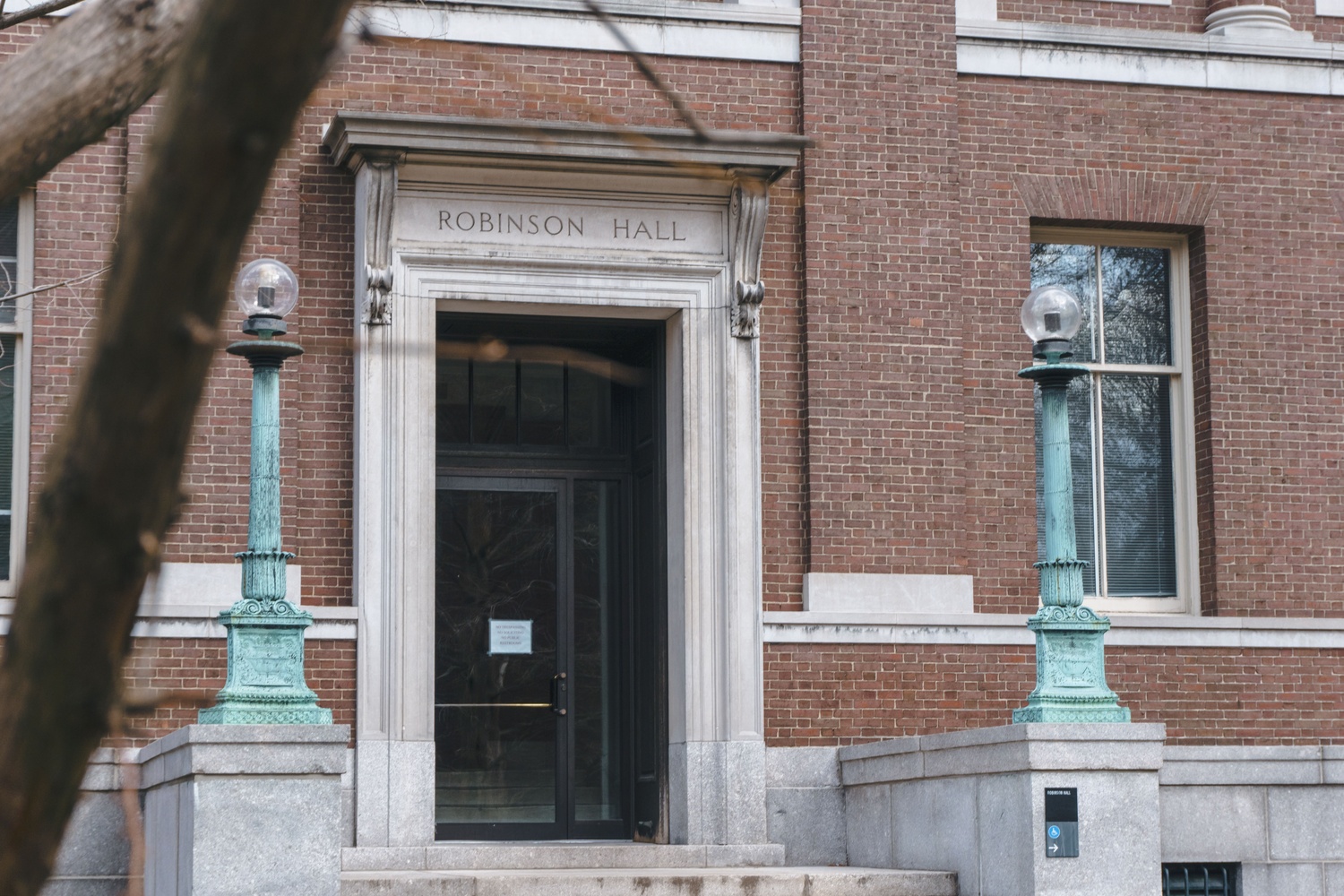 Harvard has finished an eight-month renovation of Robinson Hall, the building housing the History Department, according to Associate Dean for Physical Resources and Planning Michael N. Lichten.

The construction project — which lasted from May 2018 to January 2019 — added an elevator, modernized offices and classrooms in the building, and relocated the bathrooms. Before the renovation, Robinson Hall, which dates to the early 20th century, was one of the last buildings in Harvard Yard that was not wheelchair accessible.

“The main driver for renovation was to make the building and the History Department more accessible,” Lichten said in an interview Thursday. “With Robinson Hall, really only the first floor was accessible, but the main departmental office was on the second floor. I think this is a great benefit.”

Some College students said they haven't noticed much change since the completion.

History concentrator Isaac A. Walker ’19 said the new building has made a minimal impact on his time there.

“It hasn't affected my experience much and I'm actually surprised they didn't change more,” he said. “The only major change I’ve noticed is moving the bathrooms.”

During construction, some History classes met in other buildings.

“We had to find a new building for classes during the fall semester,” Lichten said. “A number of faculty had to move to other places. It was too bad we had to inconvenience people, but it was worth it.”

History concentrator William G. Strang ’19 said the construction’s main effect on him was that it relocated some of his courses.

“A lot of my history seminars that would otherwise be in Robinson were in [the Center for Government and International Studies],” he said.

Some students praised the outcome of the renovations. Walker said he is particularly glad the construction did not change the Great Space, a large room in Robinson designed to foster collaboration.

“The Great Space is the most important part and they didn't change that, thankfully,” he said. “It's already a great building to meet people or study, so as long as that doesn't change, I'm happy.”

Though he said the renovation will only affect him a little, Walker said he is glad it will help others.

“Hopefully it will make using the building a more pleasant and modern experience,” he said.

Lichten, too, praised the University’s decision to make the building more accessible.

“Robinson represented the last major building in the Yard without accessibility,” Lichten said. “We’re always trying to listen and see where accessibility can be improved.”

— Staff writer Aspen H. Buck can be reached at aspen.buck@thecrimson.com.

— Staff writer Edward W. Carr can be reached at edward.carr@thecrimson.com.