As End of Probation Nears, HCFA Presidents Say They ‘Have Been and Continue to Be’ in Compliance with Harvard Policies 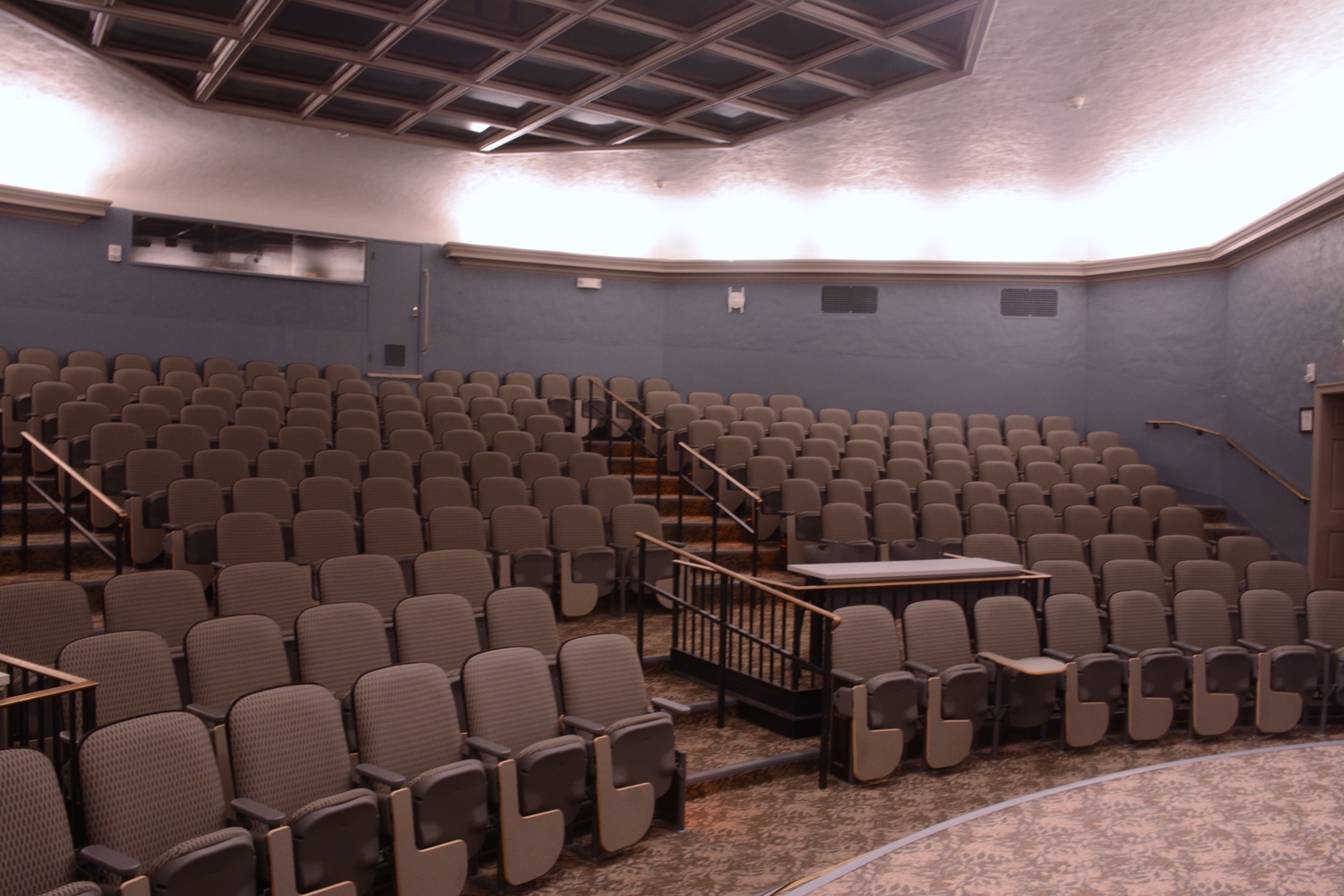 Despite being on probation, HCFA continues to hold its weekly Doxa events in Yenching Auditorium, a Harvard-owned space. By Delano R. Franklin
By Shera S. Avi-Yonah and Delano R. Franklin, Crimson Staff Writers

Harvard College Faith and Action — the largest Christian group on campus — continues to receive resources from parent ministry Christian Union while fully complying with College policies for student organizations, co-presidents Eunice A. N. Mwabe ’19 and Cooper B. Bryan ’19 wrote in a Monday email.

After the College placed HCFA on probation in February 2018, College spokesperson Rachael Dane said HCFA would need to disaffiliate from Christian Union to regain recognition from the College at the end of its probationary period, which is slated to end next month. Mwabe and Bryan’s claims appear to contradict Dane’s statement, as well as College policies which require student groups to maintain “local autonomy.”

College administrators’ decision to place HCFA on probation last year was almost certainly tied to the group’s decision to remove an assistant bible course leader because she was in a same-sex relationship.

At the time, former HCFA presidents Scott Ely ’18 and Molly L. Richmond ’18 said HCFA’s “standards for leaders” led to the College’s decision to put the group on probation. Mwabe and Cooper did not directly answer whether HCFA has changed those standards.

“HCFA as an organization has maintained standards for leaders that best reflect the convictions of our organization,” Mwabe and Cooper wrote.

Though Dane said in February 2018 that HCFA would have to disaffiliate from Christian Union — a national organization that supports Christian groups at all eight Ivy League schools, HCFA still receives resources and funding, according to Christian Union’s website.

Mwabe and Cooper wrote in the Monday email that the “College has not required HCFA to sever ties with Christian Union.” Previously, the duo said in April 2018 they had never received communication from the College requiring them to sever those ties.

Miller wrote in an emailed statement that the College required HCFA’s leadership to meet with him monthly. He added that their conversations have been “productive.”

"Since last spring, Harvard College Faith and Action (HCFA) has been operating under a probationary period which is scheduled to conclude next month,” Miller wrote. “These meetings have taken place consistently and have resulted in many productive conversations. I look forward to continuing to work with them to help make Harvard College the most inclusive place it can be for all of our students."

Despite the College placing HCFA on administrative probation, Mwabe and Cooper also wrote that the group is a “recognized independent student organization.”

College administrators have repeatedly declined to answer questions clarifying the terms of HCFA’s administrative probation. Though Miller attested to “productive conversations” with the group’s co-presidents, the probationary period appears to have had little impact on the organization’s activities.

The group did not lose the ability to reserve rooms or recruit students. Mwabe and Cooper wrote that HCFA “has continued its regular meetings and activities.”

Other than confirming they attend the meetings with Miller, Mwabe and Cooper did not acknowledge any changes to the organization’s policies or operations.