PBHA Supports Youth Jobs at Dreams of Our Future Rally 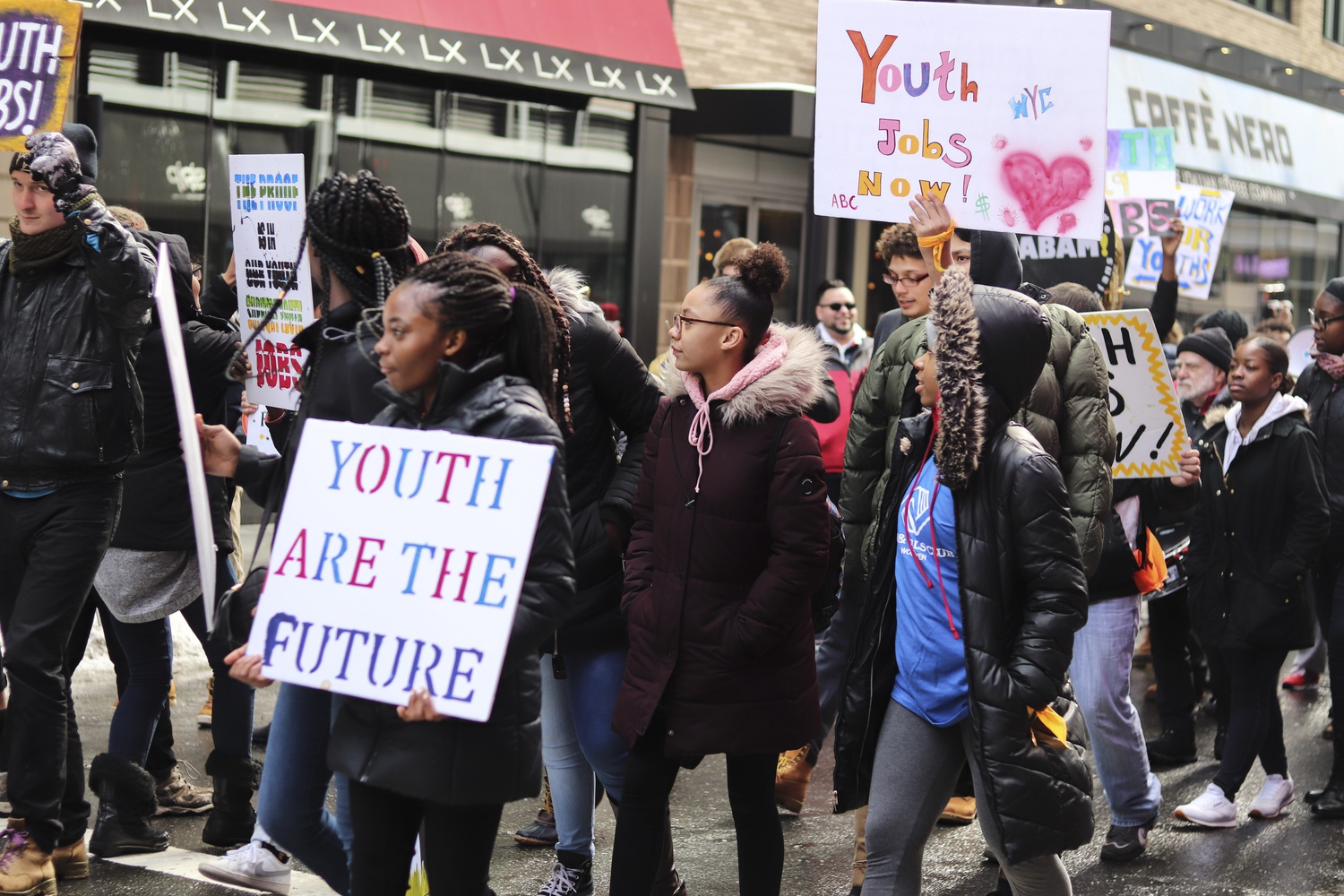 The March for Youth Jobs took place in downtown Boston Thursday afternoon. The crowd included many high school students from around the area as well as a band and adult supporters. By Kathryn S. Kuhar
By Jenna X. Bao, Crimson Staff Writer

The march was organized by “I Have a Dream,” a statewide coalition of youth organizers, and aimed to “uplift the voices of youth of color and other marginalized young people,” according to the group’s website.

“It’s a proven fact that young people are the number one supporters of small businesses in your communities,” Miranda said in her speech. “When we invest in youth, we lift up our entire Commonwealth.” 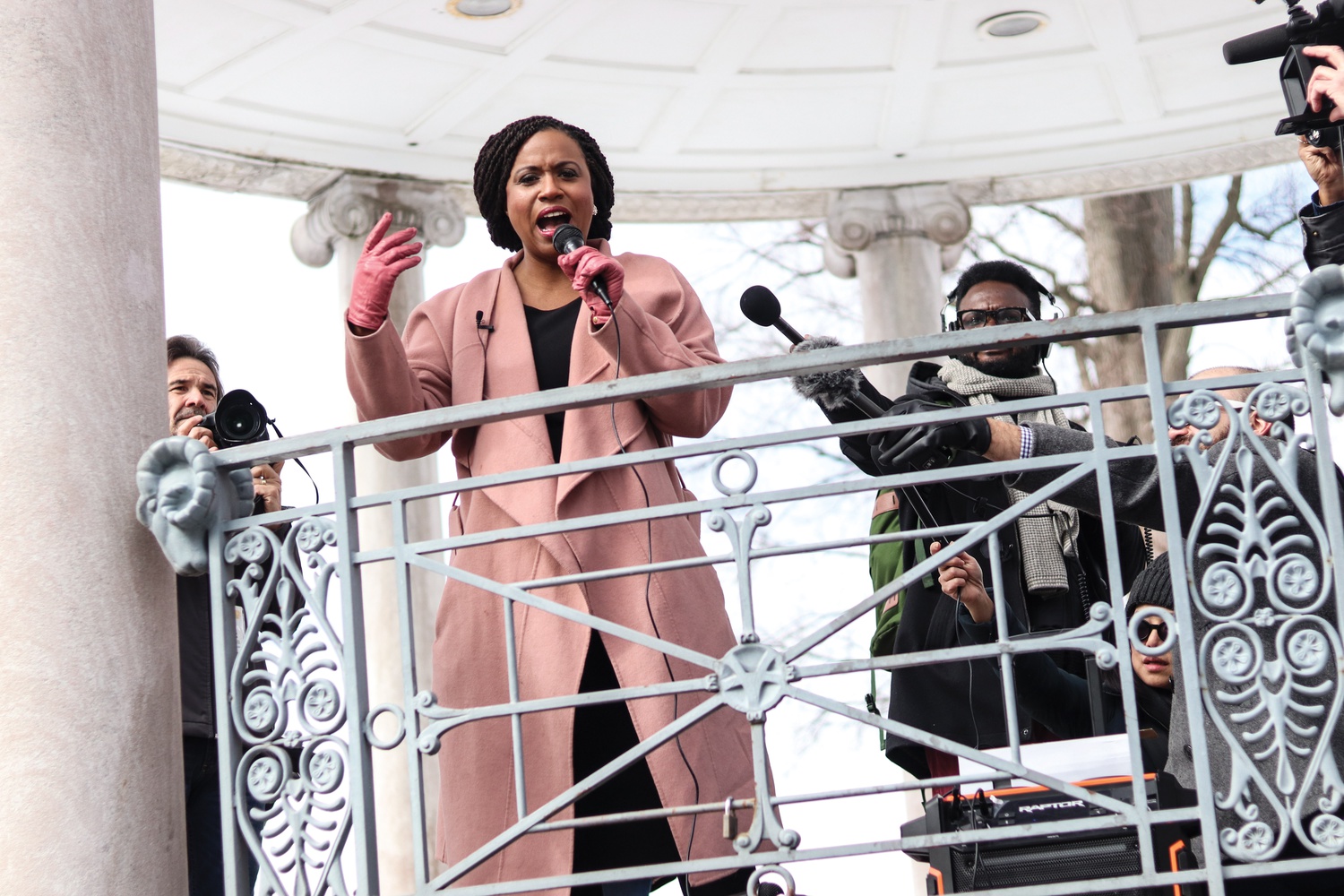 U.S. Representative Ayanna S. Pressley (D-Mass.) spoke to the crowd about the importance of youth voices and youth work at the Boston Common Grand Stand during a rally before the March for Youth Jobs. Other speakers included State Representative Liz Miranda, who spoke about her own experiences beginning to work at age thirteen. By Kathryn S. Kuhar

Participants then marched through the Common to the State House, where they met with Cambridge, Boston, and state legislators. PBHA brought several middle school and high school students to meet with legislators and practice advocating for themselves. PBHA President Cecilia A. J. Nunez ’20 said the meetings were a valuable learning experience.

“A lot of them talked about how they didn’t even really know who their legislator was, and to go into their offices and talk to their staff people about what was important to them was really fulfilling,” Nunez said. 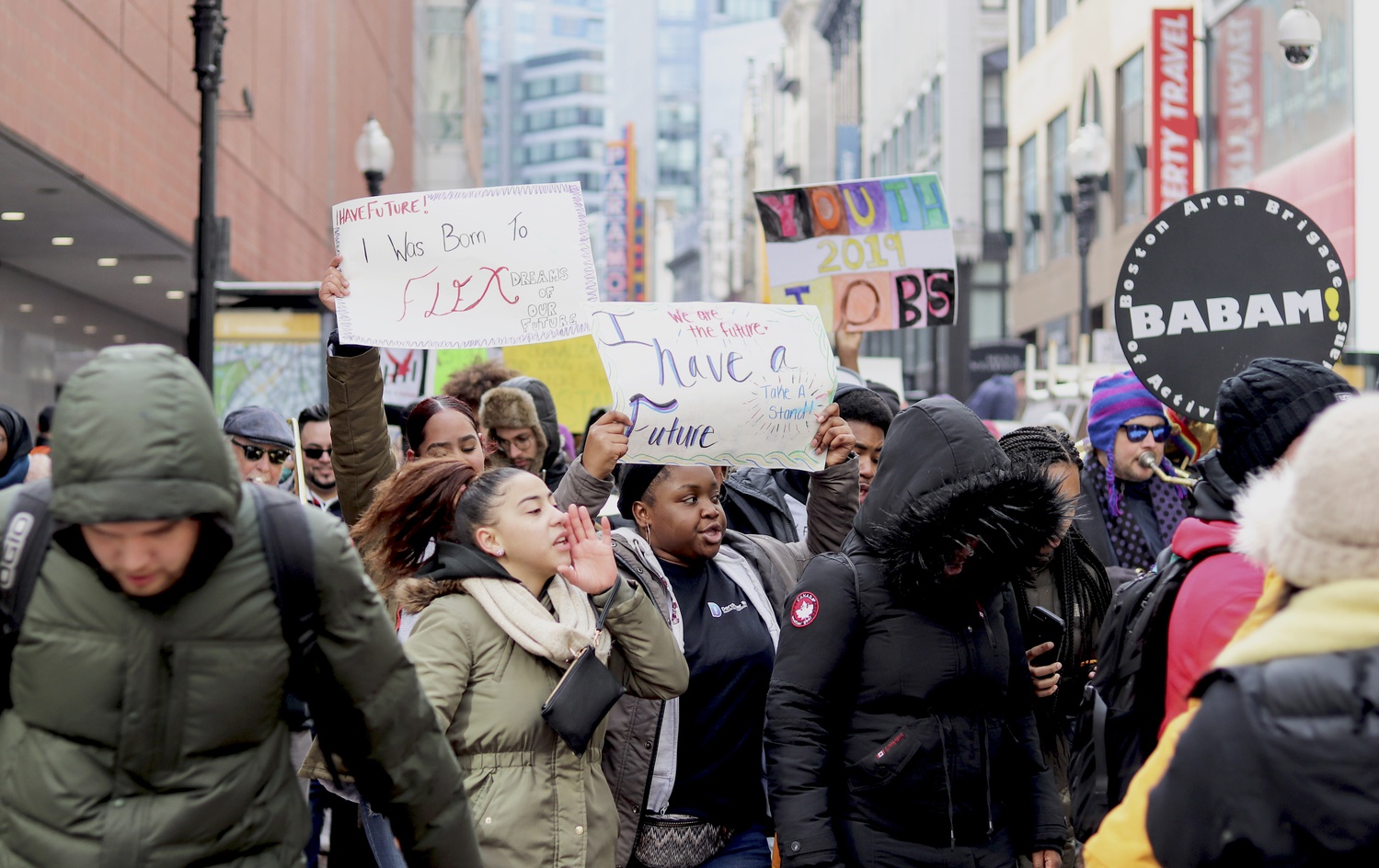 According to PBHA Director of Programs Kerry J. McGowan, PBHA has participated in the youth rally every year since the event’s inception.

“We benefit from having the government put resources towards youth jobs because we hire kids during the summer and through the school year also, partially funded by cities,” McGowan said. “We know that youth jobs have a high return on investment because, especially in programs like [SUP] where they’re not just doing clerical or busywork, they’re getting mentorship from undergrads, they’re getting relatable job skills, hard and soft.”

“I think a big part of PBHA is making sure that we’re uplifting youth voices, and as someone that works with youth in Dorchester, which is an under-resourced community, it was really important to show up as a sign of solidarity,” Lee said. 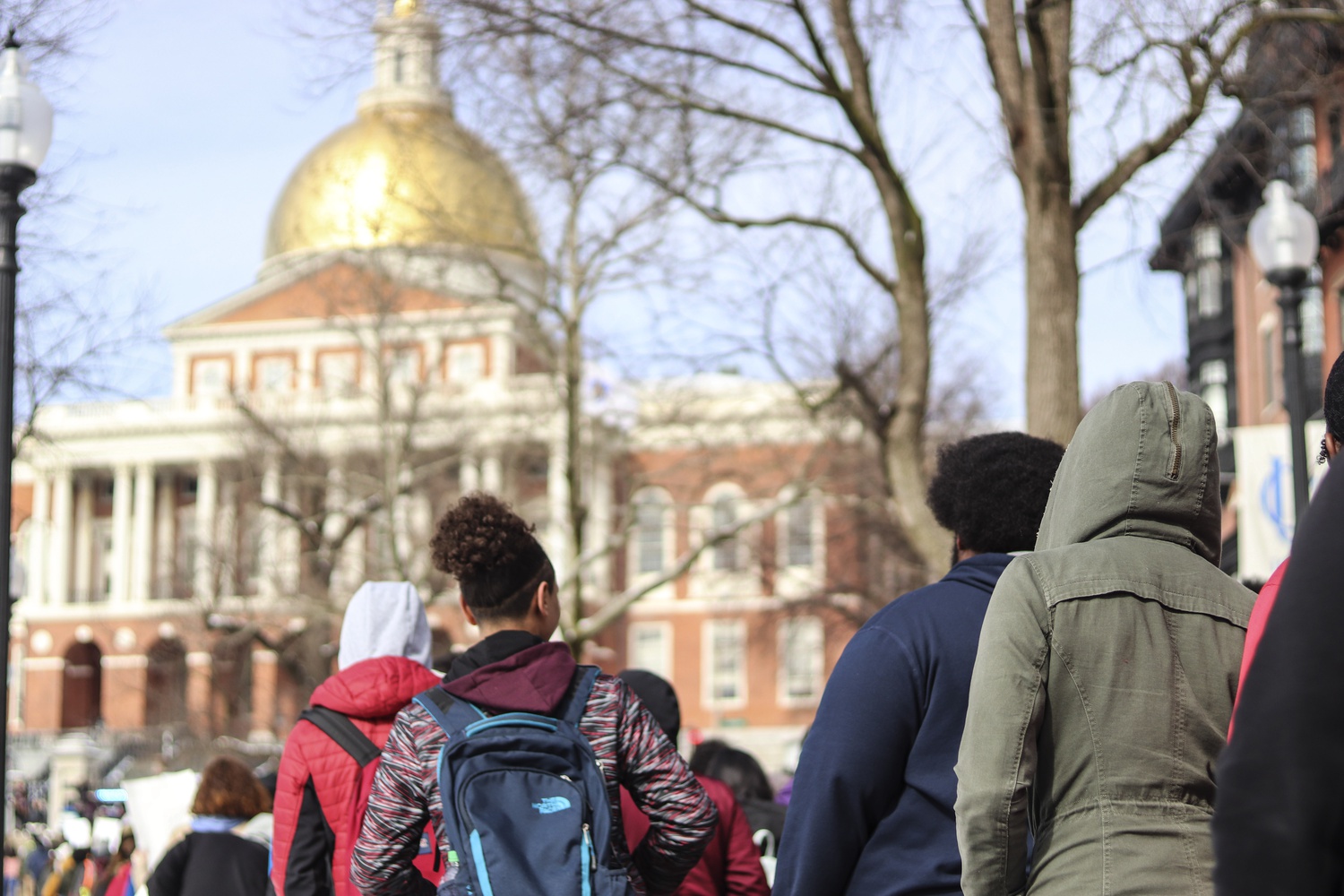 The march concluded at the Massachusetts State House, where some marchers were planning to spend the afternoon speaking with lawmakers about summer job funding. Members of Harvard's Philips Brooks House Association planned to advocate for full funding of after school and out of school grants and a summer jobs program for at-risk-youth. By Kathryn S. Kuhar

Melissa C. Pierre-Philippe, a high school member of PBHA’s Leaders! Program, said it was critical to get students involved in advocacy early.

“I learned it’s very important to not disregard people our age because we’re the next generation,” Pierre-Philippe said.

“We’re going to take over when everybody else is old so I think it’s important we get involved now so we know what’s going on and that we aren’t lost when we’re older and have actual responsibilities,” she added.

—Staff writer Jenna X. Bao can be reached at jenna.bao@thecrimson.com.