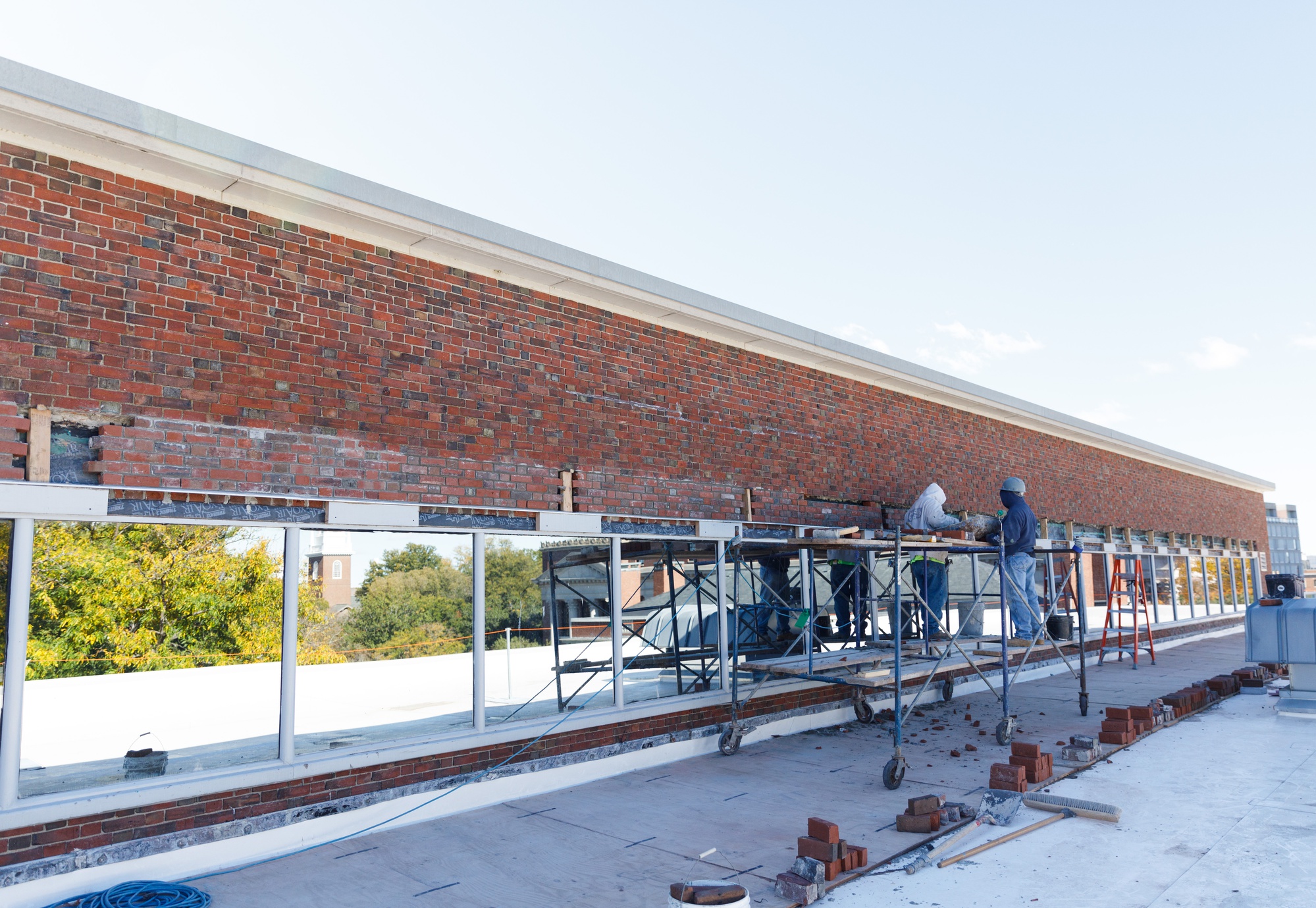 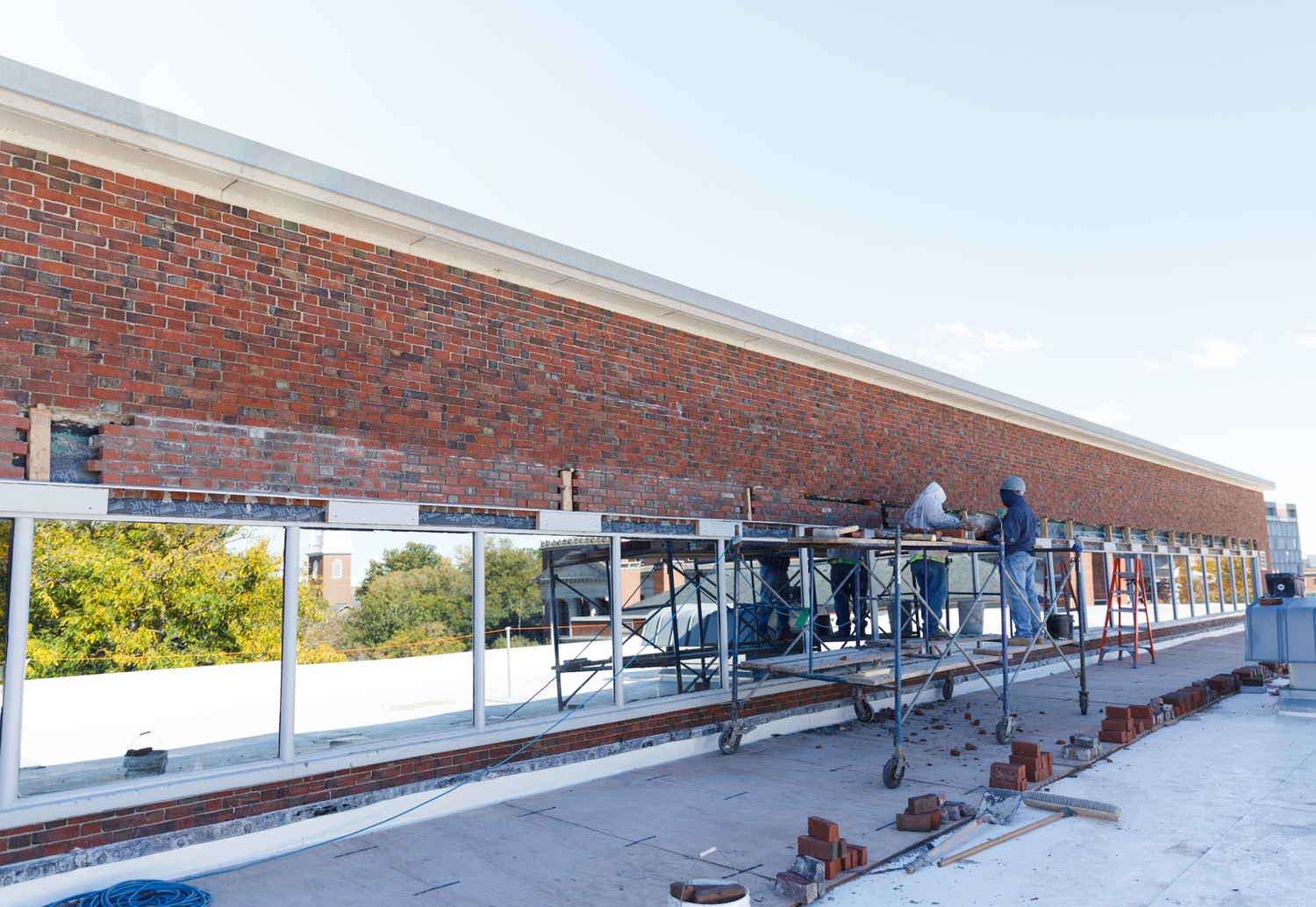 The fourth floor or Lamont Library recently underwent construction to make room for the creative writing program's expansion into the space. By Joshua Y. Chiang

For the second year in a row, a record number of students applied to and enrolled in the English department’s creative writing workshops.

The application process for workshops, which usually each consist of 12 or fewer students, includes a writing sample, and approximately 60 percent of the 477 students who applied to at least one workshop secured a spot, according to Director of the Creative Writing Program Darcy Frey.

This spring, the program includes 24 workshops — another all-time high — in both fiction and non-fiction disciplines. The changes coincide with the program's expansion into Lamont Library.

“We’re not only trying to increase the number of workshops to serve more students, but we’re also trying to diversify the kind of workshops we’re offering,” Frey said.

The creative writing program has doubled in size in the last seven years, according to English Department Chair Nicholas J. Watson. He said he believes the growth is partially attributed to the creative writing workshops being “hands-on work.”

“Making is just a thing that seems to connect with students,” Watson said. “I think it’s partly because we’ve expanded the idea of creative writing to some extent, so quite a lot of the workshops taught are non-fiction — we’ve got journalism, science writing.”

The uptick in applications, student enrollees, and number of classes come just as the creative writing program physically expanded into a space on the fourth floor of Lamont Library, which underwent construction last fall and reopened for the new semester.

“It’s already been really transformed,” Frey said, of the new space. “They’ve created a whole new suite of faculty offices and a seminar room that will be available both for creative writing workshops and also any English Department classes.”

The creative writing space sits directly above Lamont Library’s poetry room, a proximity that Watson said she hopes will cement a stronger bond between the library’s program and creative writing.

“We’re hoping to have closer contact with the poetry readings and other readings that are organized there and elsewhere by the library system,” Watson said. “That’s a big plus, and it’s a great sign of how far the creative writing here has come.”

Daria “Dasha” E. Bough ’21, who enrolled in English CLR: “Introduction to Screenwriting,” said she was drawn to the course in part by the work of the course's instructor Musa Syeed, one of the department’s four recent hires.

“I want to shoot a film this summer in Russia so I wanted some experience with how to type up a script, and I’d seen some of the works of the professor, Musa Syeed, and he seemed like the type of person I wanted to work with,” Bough said. “I was really intimidated to apply because I hadn’t applied to a creative writing class before but I’m excited to be in it; it’s been great.”

Andrew “Andy” J. Koenig, a first year graduate student in the English Department who is taking English CWC: “Writing Critically: Creative Writing Workshop,” said he applied to the program because he wanted to "switch things up."

“In my department, you can take a creative writing course and it can count towards your degree, so I wanted to switch things up a little bit and not just take a bunch of literature seminars because that can be really exhausting,” Koenig said.

—Staff writer Sahana G. Srinivasan can be reached at sahana.srinivasan@thecrimson.com.