Hasty Pudding Honors Milo Ventimiglia as Man of the Year 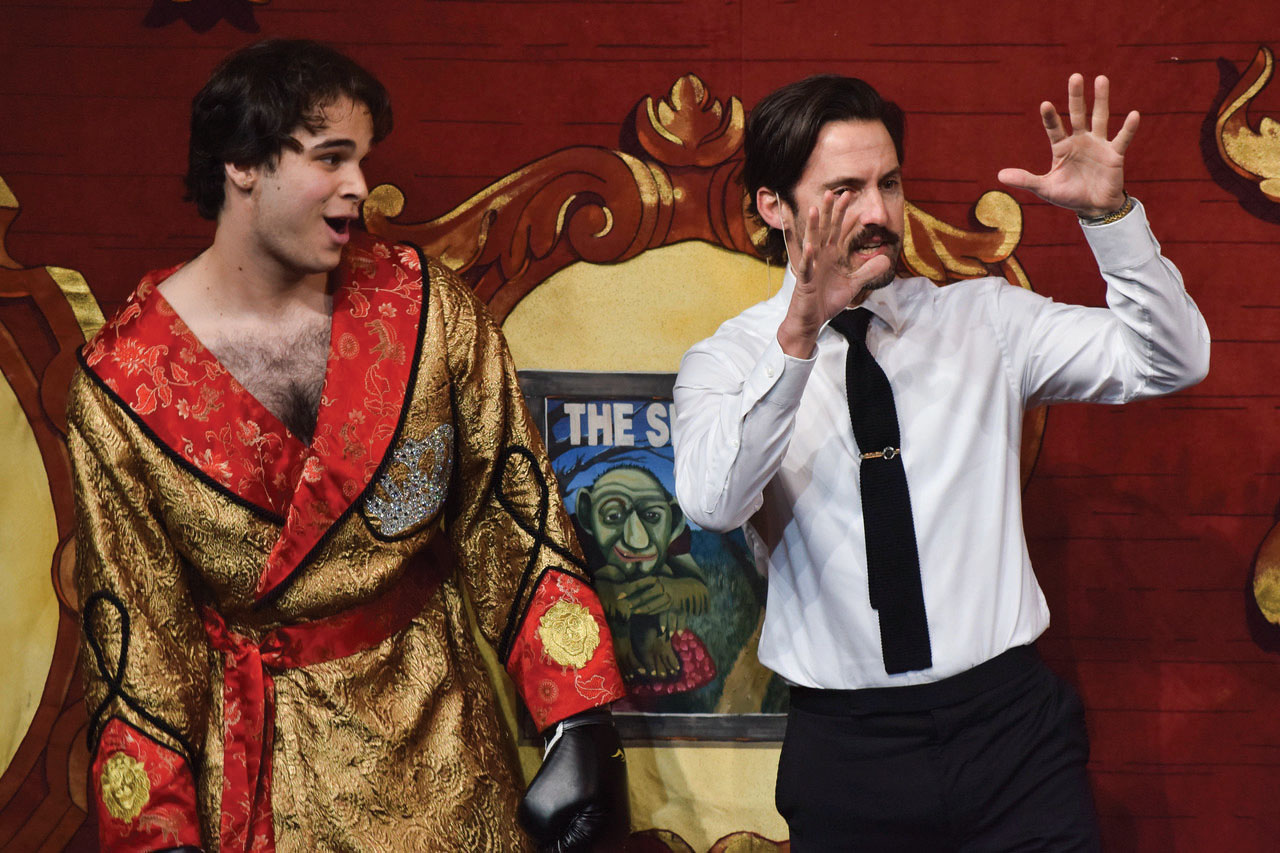 The Hasty Pudding Theatricals honored actor, director, and producer Milo Ventimiglia, the group’s 2019 Man of the Year, before the premiere of its newest production Friday evening.

Each year, the Pudding bestows the title of Man of the Year and Woman of the Year on “performers who have made lasting and impressive contributions to the world of entertainment.” Bryce Dallas Howard, the 2019 Woman of the Year recipient, was honored with a parade and celebratory roast last week.

That first performance marked a historic moment for the 171-year-old theater troupe. After more than 150 years of putting on shows with all-male casts, the Pudding announced last winter that it would start including female students in its productions come 2019. Women were previously limited the troupe's business, tech, and design boards.

Ventimiglia praised the Pudding in a press conference Friday for admitting women to its cast.

He said the Pudding made the correct choice to “really just stand up and say, ‘Hey we’re doing this regardless of tradition or history or anything.’”

Before the roast, Chairman of the Hasty Pudding Institute Andrew L. Farkas ’82 welcomed University President Lawrence S. Bacow, who attended the performance with his wife Adele. Bacow is the first University president to attend the premiere of a Pudding production.

Farkas said in his speech that Sunday’s performance would make history.

His comments about female cast members drew cheers from the audience.

Pudding producers Elizabeth C. Mann ’20 and Mariana C. Sanchez ’20 led the celebratory roast of Ventimiglia. Three of the six women cast in this year’s production also participated as characters in the roast.

Jokes ranged from comments on the actor’s early career roles to his status as the sexiest vegetarian alive, as determined by the People for the Ethical Treatment of Animals.

Before he received his award, members of the Pudding made him sing “Big Girls Don’t Cry” — an allusion to his role in Fergie’s music video for the song — and rap the entire theme song of “The Fresh Prince of Bel-Air.”

Ventimiglia said in the press conference that he feels “overwhelmed” and “a little speechless” to receive the award.