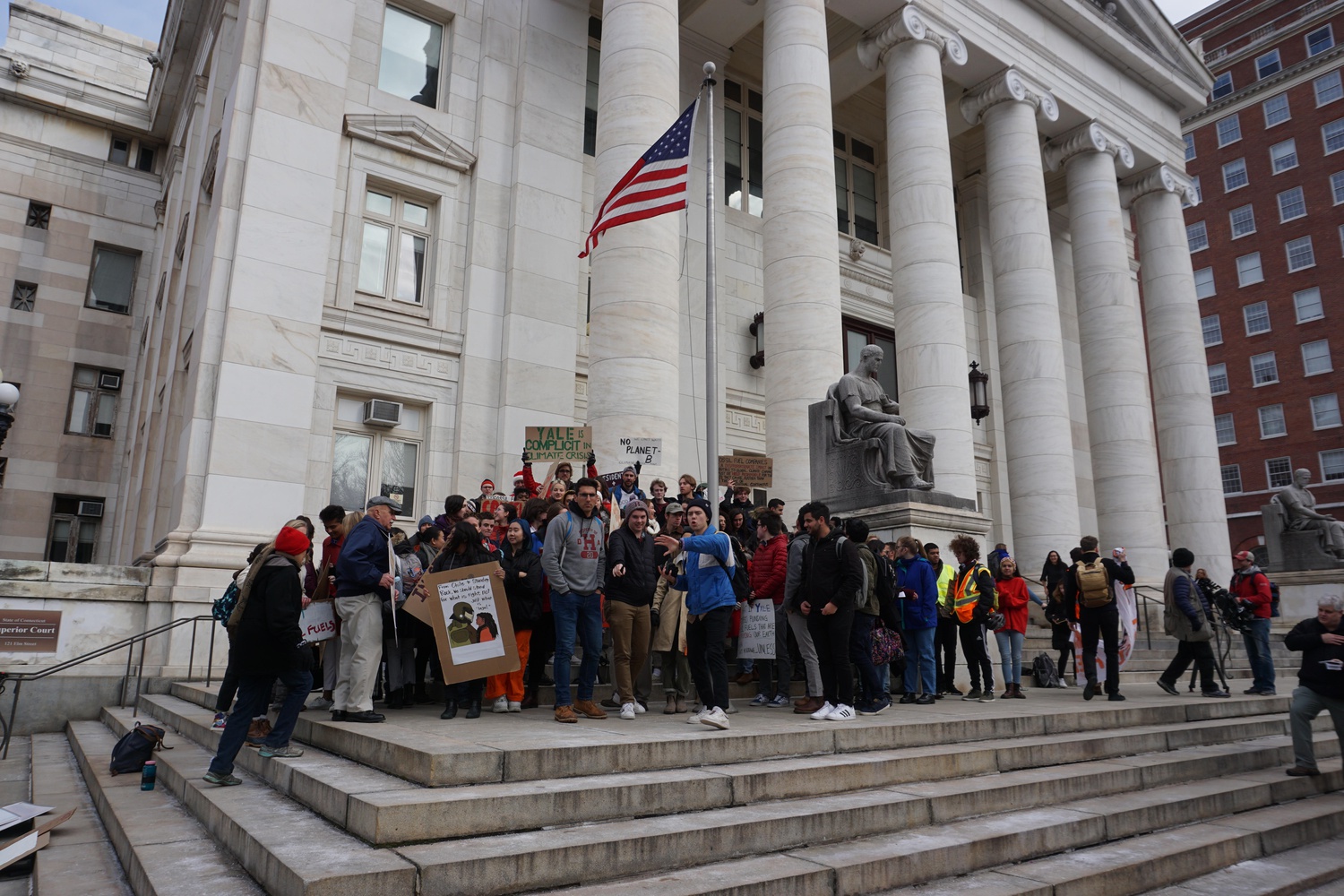 NEW HAVEN, CONN. — A Connecticut judge gave ten Harvard students and alumni community service and asked them to later return to court at a hearing Friday, several weeks after they were arrested for interrupting the Harvard-Yale football game to hold a divestment protest.

Under the agreement, the protesters are required to complete five hours of community service before their Jan. 27 court date in New Haven, Conn. and commit no additional offenses between now and then. Jan. 27 is the first day of spring semester classes for Harvard College students.

At least 19 Yale students and alumni also appeared in court Friday and were given the same conditions.

All of the arrested protesters in the courtroom said that they agreed to the terms. If the protesters complete them, the charges will be dismissed, Judge Phillip Scarpellino said. One Harvard alumnus did not appear in court.

Scarpellino strongly recommended that students do their community service with Project Green Thumb, an alternative to paying fines for some offenses in New Haven. The project helps clean up New Haven Green, a public space in the center of the city. They are not required, however, to serve locally.

Ahead of the appearance, Attorney Hugh F. Keefe, who is representing the Harvard students arrested during the divestment protest alongside Attorney Tara Knight, who is also married to Keefe said he planned to get the case dismissed.

“My job is to make sure that every student arrested and given a summons gets out of this without any record, any criminal record, any infraction record in the world,” Keefe said. “That's what I plan to do.”

Police arrested the protesters last month when they interrupted the Harvard-Yale football game for a divestment demonstration. Dozens of activists — followed by hundreds of spectators — stormed the field a few minutes before halftime ended and unfurled large banners calling on Harvard and Yale to divest their endowments from fossil fuels and Puerto Rican debt.

Many of the protesters staged a sit-in, refusing to leave even as announcers and police officers asked them to leave the field. Several of them chose to leave only after police told them they were under arrest.

“I was thankful to our lawyer for organizing such a generous deal for us,” she said.

Emma Phelps, who is also a Fossil Free Yale member, said she agreed but that she also wanted to extend her thanks to all of the people who gathered to support the group outside of the courthouse.

“[I am thankful] to all the people who came out in support of us at the rally today outside the courthouse,” Phelps said.

Outside the courthouse, supporters gathered to listen to speeches and sing songs as the students in the courthouse emerged from their hearing.

Harvard and Yale have repeatedly declined to divest their endowments from fossil fuels despite increasing calls to do so from students, alumni, and faculty. Harvard University President Lawrence S. Bacow and his predecessors have argued that the endowment should not be used for political purposes.