Calls for Ethnic Studies Ramp Up 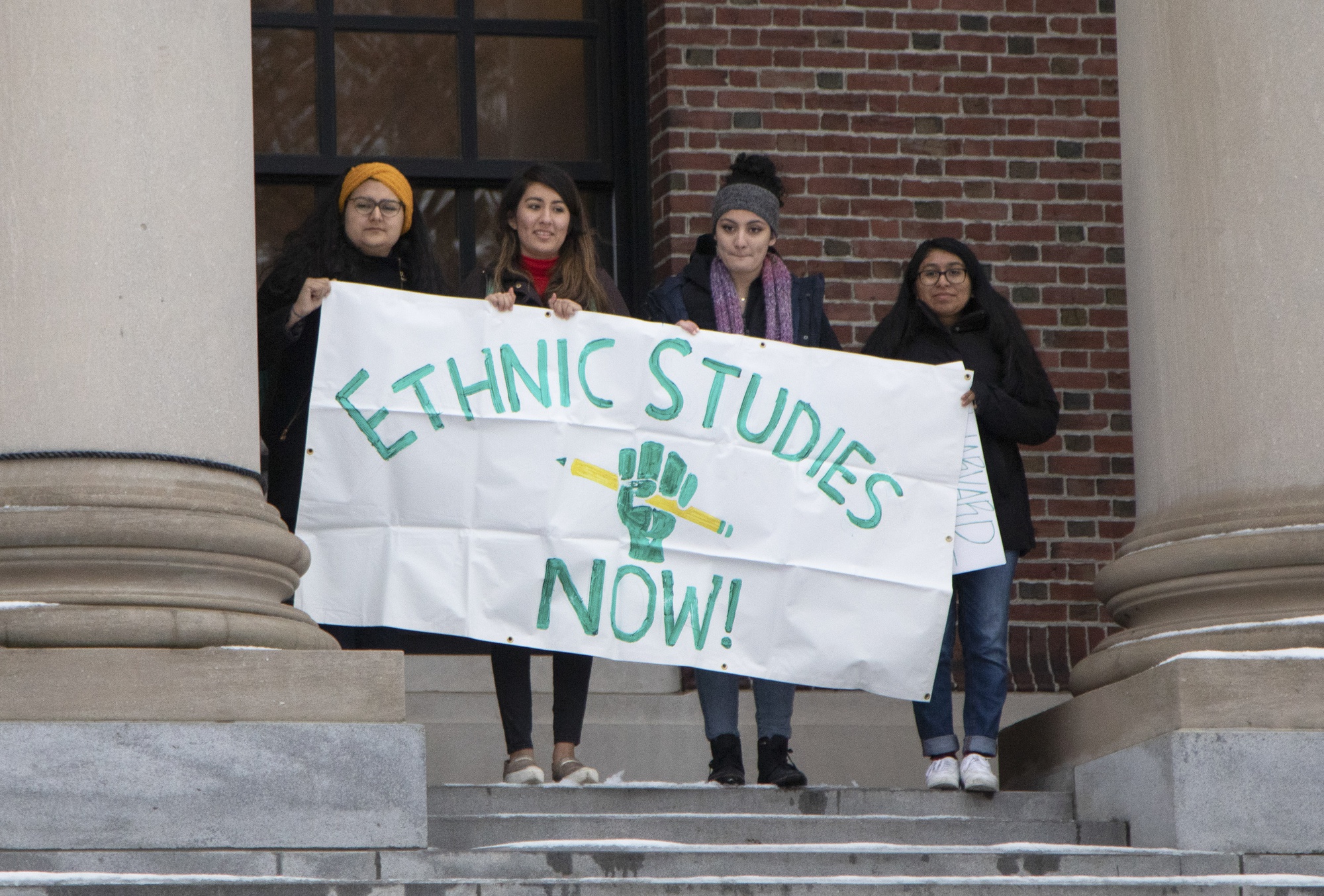 Amid the departure of multiple tenure-track professors this year, student and alumni activists intensified calls for the University to create a formal ethnic studies program at Harvard, marking the latest campaign in a nearly five-decade push.

Soon after, the Dean of the Faculty of Arts and Sciences Claudine Gay announced she was recruiting three professors who study ethnicity. At least two of the three recruits accepted offers to join the faculty in Fall 2019. By June, Gay announced she would hire three to four more senior faculty who specialize in Asian American, Latinx, and Muslim American studies.

Gay has said repeatedly that FAS must hire more faculty before establishing a new ethnic studies concentration. The College offers an Ethnic Studies track within the History and Literature concentration and an Ethnicity, Migration, Rights secondary field, but activists have called such offerings insufficient, citing other institutions’ more robust programs.

On Nov. 27, the University denied tenure to associate professor of Romance Languages and Literatures Lorgia García Peña. Activists — some of whom had launched a letter-writing campaign in support of the tenure case in April — immediately decried the decision, citing García Peña’s Latinx studies scholarship, mentorship of students of color, and role in growing ethnic studies at Harvard.

The denial led activists to intensify their tactics, occupying University Hall and the Admissions and Financial Aid Office and interrupting a faculty meeting.

Hundreds of students also penned an open letter to administrators demanding they reverse the decision and open an investigation for “procedural errors, prejudice, and discrimination” in the tenure case.

The open letter connected García Peña’s tenure case to two other incidents, including a note left at her office that challenged her right to be at Harvard and an interaction between her students and Harvard University Police in Harvard Yard.

Hundreds of ethnic studies scholars within and outside Harvard have also signed letters condemning the decision to deny García Peña tenure.

On Dec. 9, in the wake of the protests, Gay emailed FAS affiliates declaring an “institutional commitment” to ethnic studies, stating that she would support faculty who wanted to create an undergraduate concentration in the discipline.