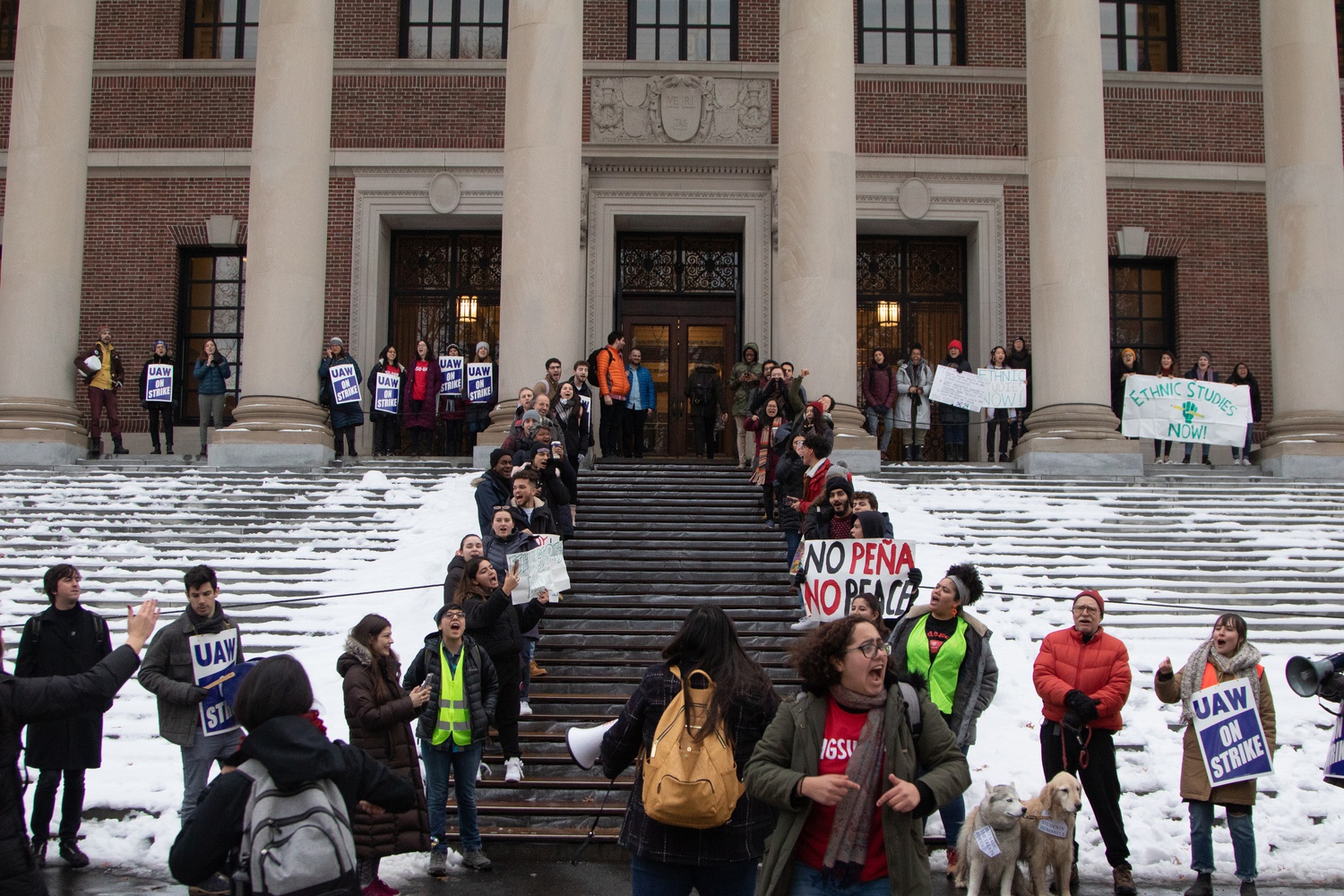 A group of more than 200 senior scholars from across the United States is dissatisfied with University President Lawrence S. Bacow’s response to their letter decrying associate Romance Languages and Literatures professor Lorgia García Peña’s tenure denial, according to a statement the group released Thursday.

The scholars — who specialize in fields including ethnic studies, Latin American studies, and African American studies — first wrote to Bacow on Monday. A day later, he responded reiterating the confidential nature of Harvard’s tenure review processes, according to an email obtained by The Crimson.

“At Harvard, every tenure case is reviewed with great care by multiple bodies within the University,” Bacow wrote in the email. “To ensure the integrity of the process, all aspects of tenure deliberations—both documents and discussions—must be treated with the utmost confidentiality.”

Bacow added that, while the members of the Faculty and Arts and Sciences’ leadership have been in “direct communication” with García Peña, the University cannot disclose details about her or others’ tenure cases to third parties.

“To share highly confidential information with individuals not directly involved in advising us about the tenure decision would violate the trust that members of the academic community—at Harvard and elsewhere—place in the integrity of our process,” he wrote.

The University denied García Peña tenure Nov. 27. The scholars’ demands for a reassessment of her case come after weeks of campus organizing by the Harvard Ethnic Studies Coalition. That group has called on Harvard to publicly release Bacow’s letter to FAS Dean Claudine Gay about García Peña’s tenure decision and investigate her case for “procedural errors” and discrimination.

Students have also linked García Peña’s case to the almost half-century long fight for a formalized ethnic studies program at Harvard. Over the past several weeks, the Ethnic Studies Coalition has sent its own letters to top administrators; hosted rallies; occupied various campus buildings, including University Hall, the Office of the Provost, and the Admissions Office; and interrupted a faculty meeting.

In their statement, the scholars wrote that Bacow’s response to their letter was the exact same message he sent to the students who wrote in protest. They condemned him for the “one-paragraph” response, claiming it did not address their demand that the University reevaluate García Peña’s “superior” scholarly production and review her tenure decision.

“Nowhere in the scholars’ letter was there a demand for release of the internal documents related to the tenure case or commentary on the reasons for denial,” they wrote.

“Bacow’s unwillingness to take seriously the scholars’ points or to demonstrate that he had understood the letter speaks to Harvard’s refusal to show that Latinx studies matter at the university,” they added.

University spokesperson Jonathan L. Swain declined to comment on the scholars’ statement, pointing to Bacow’s interview with The Crimson last week. During the interview, Bacow declined to comment on García Peña’s specific case but noted that he has never reversed a tenure decision during his time at the helm of Harvard and Tufts, where he was president from 2001 to 2011.“I've never reversed a tenure decision,” Bacow said. “I have not seen one reversed during my time as president of Tufts. I don't recall one ever being reversed during my time as Chancellor of MIT.”