‘Find Me’ a Piercing Account of Authentic Love in Maturity 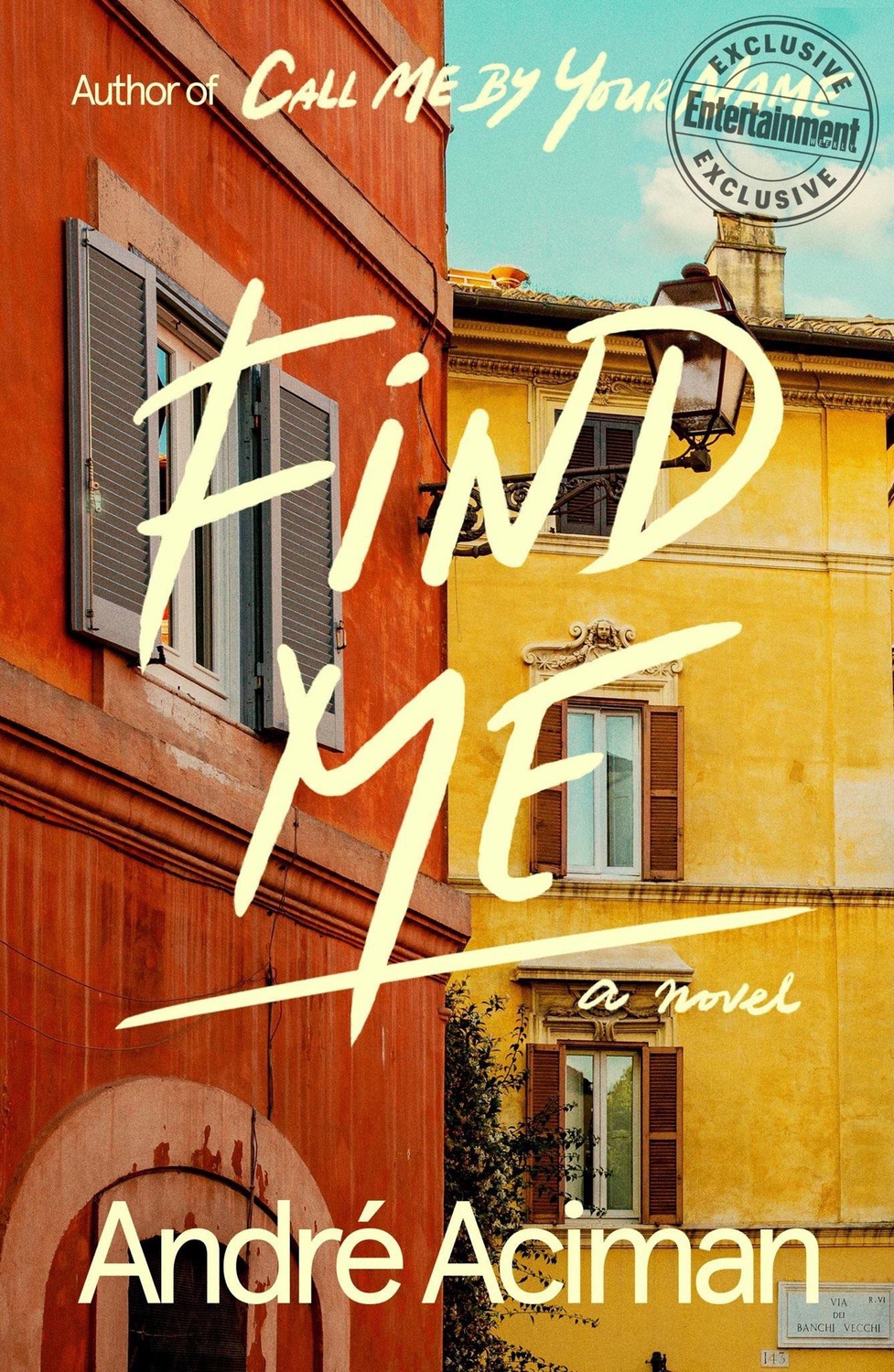 The long-awaited sequel to André Aciman’s “Call Me by Your Name,” made world famous by its movie adaptation, is finally here. “Find Me” is a devastatingly honest reflection on the authenticity of love and life. Aciman does not let the unspoken be the centerpiece of the story; instead, his characters are now speaking up instead of waiting for fortune to guide their future. “Find Me” threads together four stories of mature love, each with its own narrator and style that let readers into the minds of two other characters, Oliver and Samuel, who were central to the first novel. Despite not using provoking imagery as much as he did before, Aciman is still able to provide us with a touching and tender narrative surrounding authentic love.

The novel begins with Samuel, Elio’s father, narrating his encounter with Miranda, a woman he meets on his train ride to visit Elio in Rome. Unexpectedly, and rather quickly, a passionate affair follows. The story progresses with such violent speed that readers might find it unsatisfying when compared to the rich undertext that filled the beginning of the romance between Elio and Oliver in the previous novel. What happened to the nights of uncertainty? The nervous waiting for an answer, a sign? Indeed, when compared to “Call Me by Your Name,” the first part of “Find Me” is undeniably awkward. It doesn’t seem to fit with the slow and torturous warm-up that Elio endured, especially when Samuel’s character is not nearly as developed as Elio or Oliver. But this reading is missing something essential of this new novel: This is not a coming-of-age story anymore. Aciman steps onto thin ice by trying to convey the theme of devoted love, not with young men with most of their lives ahead of them, but with adults with their lives behind them. This might explain why the characters in this new novel act so determinately. Samuel expressed what he thinks of love when he delivered his touching monologue to Elio after Oliver’s departure in “Call Me by Your Name,” so why wouldn’t he seize an opportunity for love when presented with one? The expectation that the characters in “Find Me” would act with the same naïve romanticism of the young men in “Call Me by Your Name” is just absurd. As Aciman writes later in the novel, “An older self is more frugal, more cautious, and therefore more reluctant — or more desperate — to rush into things he already fears he might never find again.” The first story also serves as a sort of roadmap to the rest of the novel. During the development of the affair, Miranda’s father discusses a doctoral dissertation he is editing about the misalignment of time and life, reflecting, “Closure, if it exists at all, is either for the afterlife or for those who stay behind. Ultimately, it is the living who’ll close the ledger of my life, not I.”

In the second and third parts of the novel, Aciman separately brings back Elio and Oliver, the beloved characters from “Call Me by Your Name.” In Elio’s story, readers will recognize the cautious and intimate style of the narration as it guides readers through a totally new and unexpected affair in Paris. The story unfolds with comparable emotional strength to the one with Oliver 15 years in the past, but the teenage hesitation is replaced with mature modesty and sincerity. Oliver, on the other side of the Atlantic, narrates an incident that, despite its seeming insignificance, ends up being one of the last drops in the bucket of his time in America. Seeing Oliver as a narrator, readers are finally let into a world which was the subject of so much speculation in “Call Me by Your Name,” allowing them to know him as a full character, instead of the image of a teenage dream. The dialogue and narration of these sections of the novel are not as cryptical as before. Less is left for the readers to guess, but it results in much character development for both of them. Elio comes to live in these pages where his thoughts and passions are not occluded by an innocent façade, while Oliver pours his heart out in a way never seen before. Their true essence floats to the surface after so many years of boiling deep within them.

These two stories are very easily set apart from the first one. Even though they each touch on the same burning emotions, the latter do a better job at portraying them in a believable way. Maybe the plausibility of Elio’s new romance, and his old one for that matter, is that it is between two men in a time previous to ours. The theme of queer romance lends itself to stories of intense infatuation since it usually follows, or happens alongside, repression of the same desire that provokes it. Gay characters have more obstacles between them than their straight counterparts, so their relationship signifies the triumph over all enemies working against them, and the result is unlikely to be a lukewarm attraction. Aciman skillfully focuses not on the nature of their sexuality, but in the content of their desire and pleasure. The gay love story serves as a tool for Aciman to deliver this seemingly unbelievable love between his characters.

The whole book up to this point is a prelude to the centerpiece of Aciman’s novel: The return to the beginning that everyone has been waiting for, the reunion of Elio and Oliver. But this time, it takes place more than two decades after they first met and seven years after their second meeting at the end of “Call Me by Your Name.” Now, with 20 years between them and their coming of age story, the characters are mature enough to face each other. Their second reunion, by contrast, was too early for both of them. Even after years since their swooning adventure in Italy, they had not been able to fully process it. It would take yet almost another decade, and some explanation on Aciman’s side, to allow the story to continue unfolding.

“Find Me” is a truly remarkable achievement of love beyond the honeymoon teenage years. Despite omitting some of the poetry in his previous novel, the book conveys the same excitement and infatuation of a coming-of-age love story, now with wiser and more mature characters throughout the novel. All of them have already had deeply marking experiences with love, making them almost too cautious with their feelings, but somehow, they all manage to give themselves another chance. Aciman’s characters are trying to teach us a lesson: They impose a sort of challenge for readers to let themselves be struck by love and to not forget, to not be afraid of pleasure, to live the “unlived life,” to at least stop pretending that they do not wish to be truly happy. As Aciman puts it: “You’ve lived the wrong life, my friend, and almost defaced the one you were given to live.”