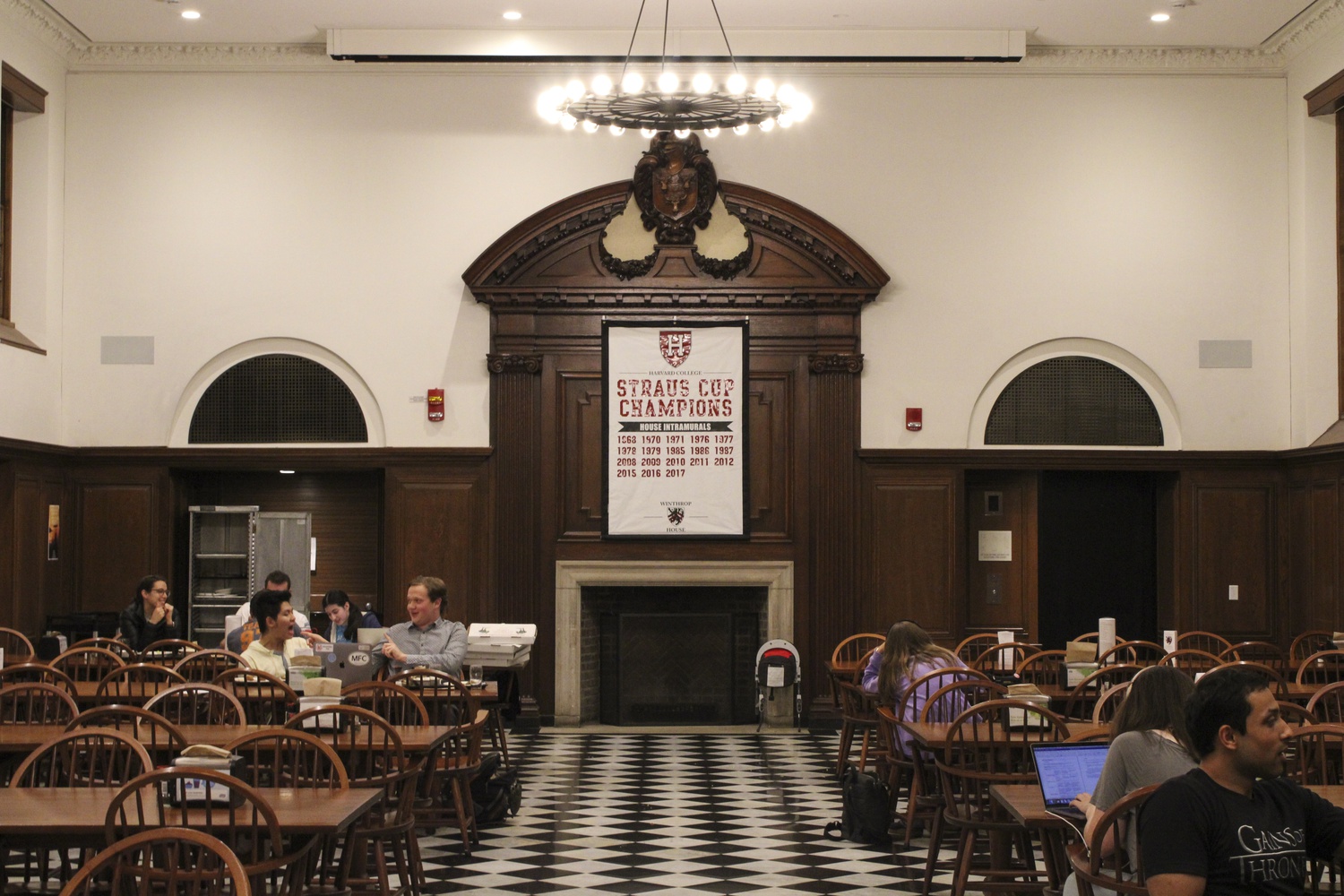 Winthrop House residents say the House’s atmosphere has improved this semester after the departure of former Faculty Dean Ronald S. Sullivan, Jr., who attracted controversy for his decision to represent Harvey Weinstein in court.

Interim Faculty Deans Mark D. Gearan ’78 and Mary Herlihy-Gearan, who were appointed in July, will continue to lead Winthrop until the College finds a permanent replacement for Sullivan and co-Faculty Dean Stephanie R. Robinson.

Roughly a dozen Winthrop students said House life has become more active this semester; those who lived in Winthrop last year said they experienced a marked contrast when they returned to the College after the summer.

Winthrop resident Audrey E. Pettner ’21 said she thinks the House’s atmosphere is “so much better” under Gearan and Herlihy-Gearan’s leadership. She said the two have spent more time in the dining hall and invited students to the faculty dean residence more regularly. She added that she hopes the next set of faculty deans will follow their lead.

“I'd hope [to have] someone that would uphold similar principles of community involvement,” Pettner said. “I don't even think I realized how absent our other faculty deans were until this semester. I don't know if maybe they're just extra involved because of how crazy it was.”

Sullivan did not immediately respond to a request for comment on student criticisms of his tenure.

Sullivan announced in January that he would serve as part of Weinstein’s legal team as the Hollywood producer faces criminal charges including rape and sexual assault. Months of student outcry and protest followed the announcement.

After completing a months-long “climate review,” Dean of the College Rakesh Khurana announced on May 11 that he would not renew Sullivan and Robinson due to the “untenable” situation the pair had created in the House. The College has stated that their dismissal was not directly related to Sullivan’s representation of Weinstein.

The day before Khurana’s announcement, The Crimson reported allegations made by a dozen current and former Winthrop tutors, students, and staff that Sullivan and Robinson fostered a toxic environment in the House over the course of their ten years there. At least 13 tutors threatened to quit at one point, though they ultimately stayed. Sullivan and Robinson have denied allegations that they contributed to a negative climate while they led Winthrop.

Immediately after Khurana’s announcement, Sullivan and Robinson released a statement saying that they were sorry that the controversy surrounding them had contributed to “stress” among Winthrop residents.

Winthrop resident Noah Y. Epstein ’21 said he hopes the permanent faculty deans will prioritize student interaction like Gearan and Herlihy-Gearan have, adding that he thinks improvements in House culture began at the end of the spring semester.

“Already last semester, by the end, I felt like there was a lot of positive energy for hope for growth and hope to move past whatever had happened to get us back to being a functioning house,” Epstein said. “Because when the national news is writing articles about you, no matter what, it's not really functioning.”

Winthrop Resident Dean Linda D. M. Chavers wrote in an emailed statement that she thinks the House’s climate is, and will continue to be, positive.

“Winthrop House is great, the students know what's up and we're going to be just fine,” Chavers wrote.