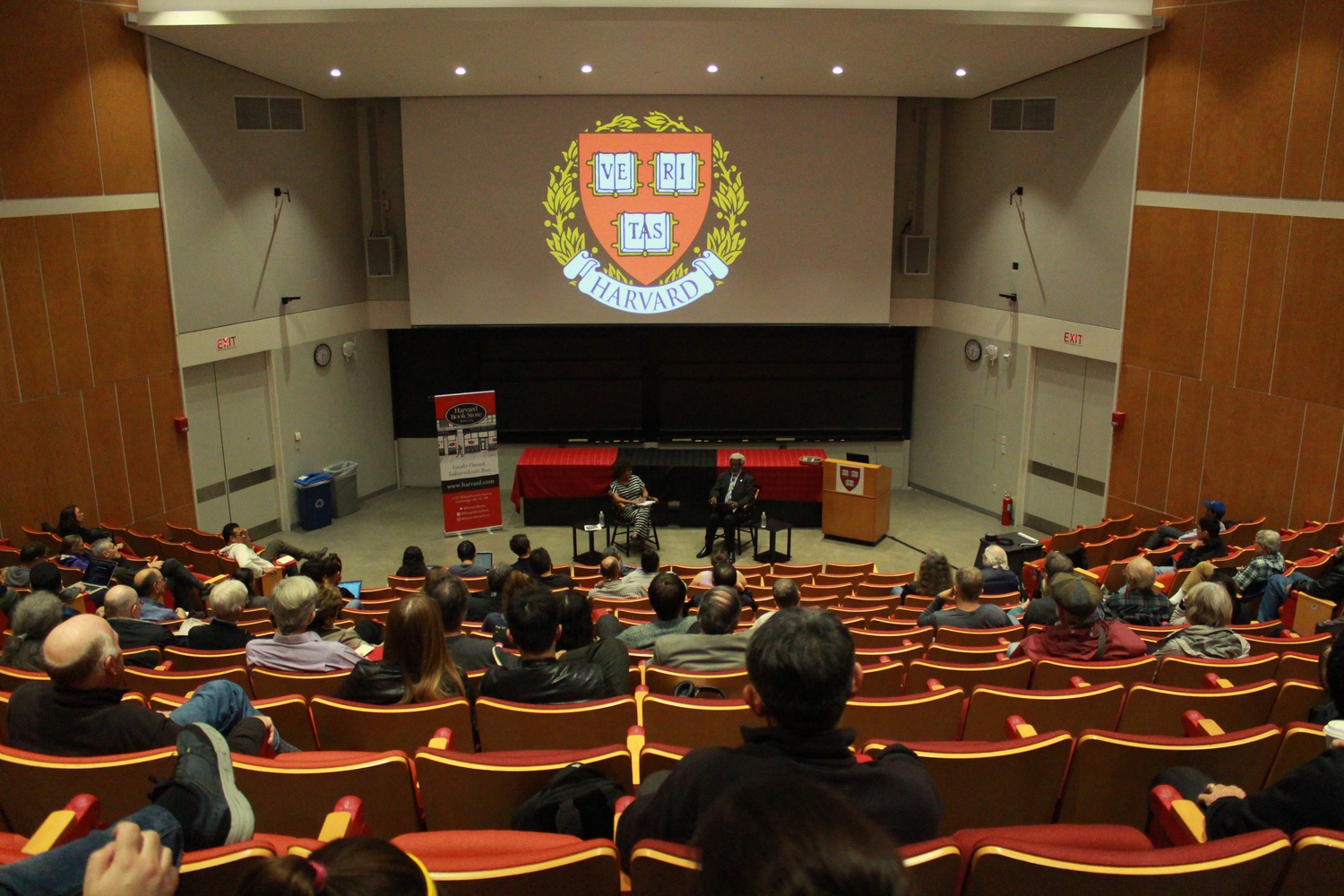 The conversation — which was moderated by Harvard physics graduate student Delilah E. A. Gates — promoted the book “Proving Einstein Right,” co-authored by Sylvester Gates and novelist Cathie Pelletier. The book details the stories of seven astronomers who found evidence to support Einstein’s theory of relativity in the early 20th century.

Wednesday’s discussion marked the latest in the Harvard Science Book Talks series, a collaboration between the Harvard Division of Science, Cabot Science Library, and the Harvard Bookstore. The initiative aims to familiarize the public with recently published scientific literature.

“I think a lot of his success is due to several qualities he has, including his creativity, his ability to break down complex subjects, and his ability to tell narratives,” she said.

Sylvester Gates said he was motivated to write his book to introduce his students and the public to the process of scientific discovery.

“This book is partly for my students,” he said. “I have been wanting for a long time to write a book where — for young people who are getting into STEM disciplines — they will be able to read about the real stories of the people who came before them.”

“The other reason why I wrote the book is because I wanted the public to have an inside view on what the life of a scientist is like,” he added.

During his talk, Gates said he aimed to humanize historical scientific researchers in his book. He explained how Charles Davidson — one of the astronomers described in the book — refused to believe in the moon landing and gawked at the mini-skirts of the 1960s.

“These are the kinds of human details that you hear about these apparent giants,” Gates said.

When asked what he hoped his students would learn from his book, Gates recounted his own feelings as a college student of wanting to measure up to the great physicists of the past. He said that future scientists should know that they have the capabilities to succeed in the field.

“I would have liked to have had a senior person that I trust come back and tell me that you can do this too, that this is your birthright to do this. This is what humans do,” Gates said. “If you let them realize their dreams, and if their dreams are about science, they do great science.”

Physics professor Melissa Franklin, who helped organize the lecture series, said she hopes the book talks will connect the public to science and scientific writing.

“More than any time, I feel that it’s wonderful that people are writing books about science, and we should celebrate that and get as many people in here as possible to read the books or at least learn about the books,” Franklin said. “Science is extremely important.”