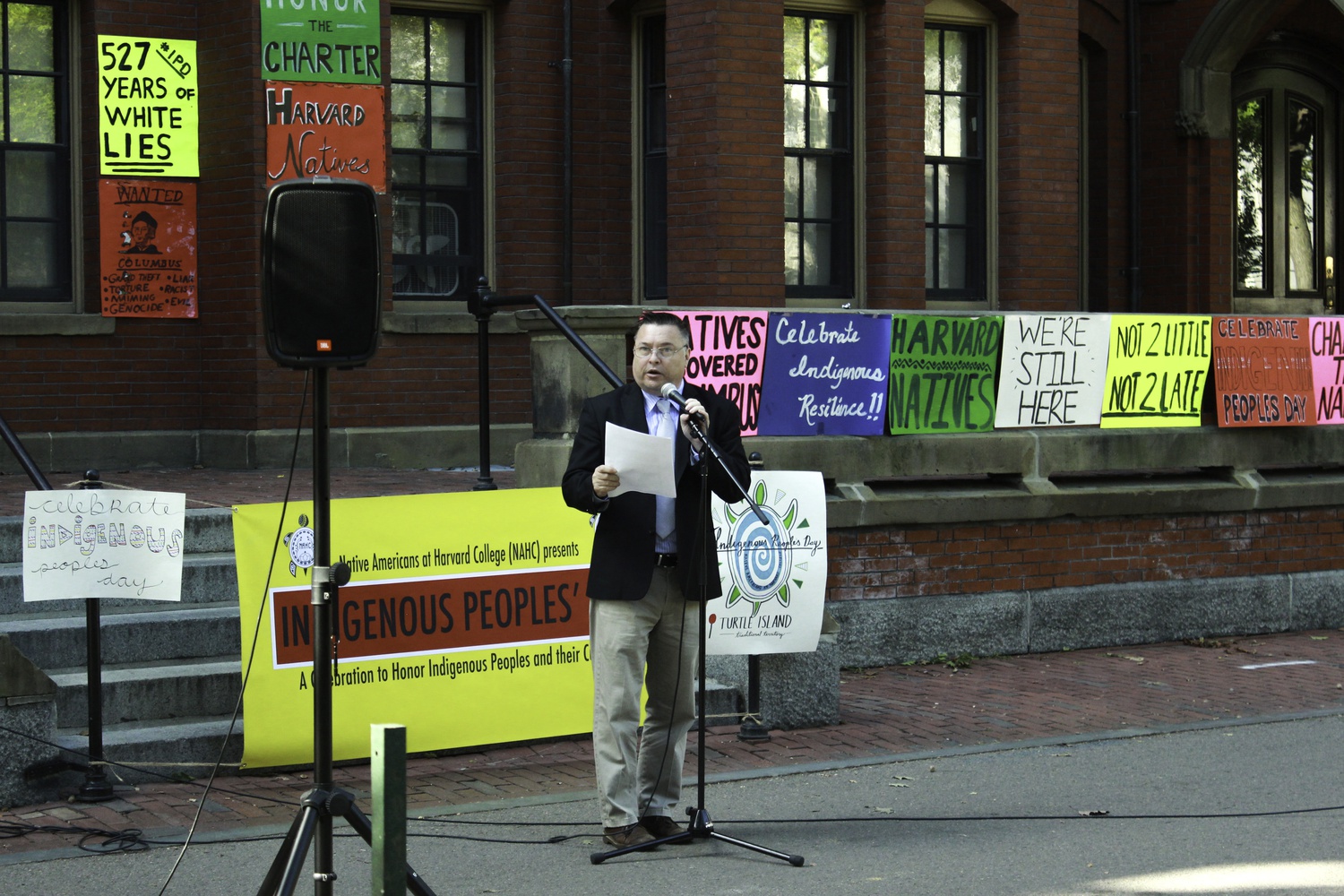 McGovern said the Cambridge City Council’s 2016 decision to recognize the second Monday in October as Indigenous Peoples' Day instead of Columbus Day was partially motivated by attempts to address past injustice.

“Cambridge’s history, however, like the rest of the country, is stained by the actions of our ancestors,” he said. “It’s up to us to right those wrongs on our journey to building an inclusive and equitable city, and that includes shelving Columbus Day to allow other perspectives and stories to come forward.”

In his comments, McGovern said there was a need for the city and University to consider historical context as it pertains to indigenous people when reflecting on their own histories.

“Any history that we tell about ourselves, this University, or this city, must rightly begin with [the Massachusett people],” he said.

“A blind celebration of Columbus, without any deeper analysis or critique, is really not appropriate,” Gone added. 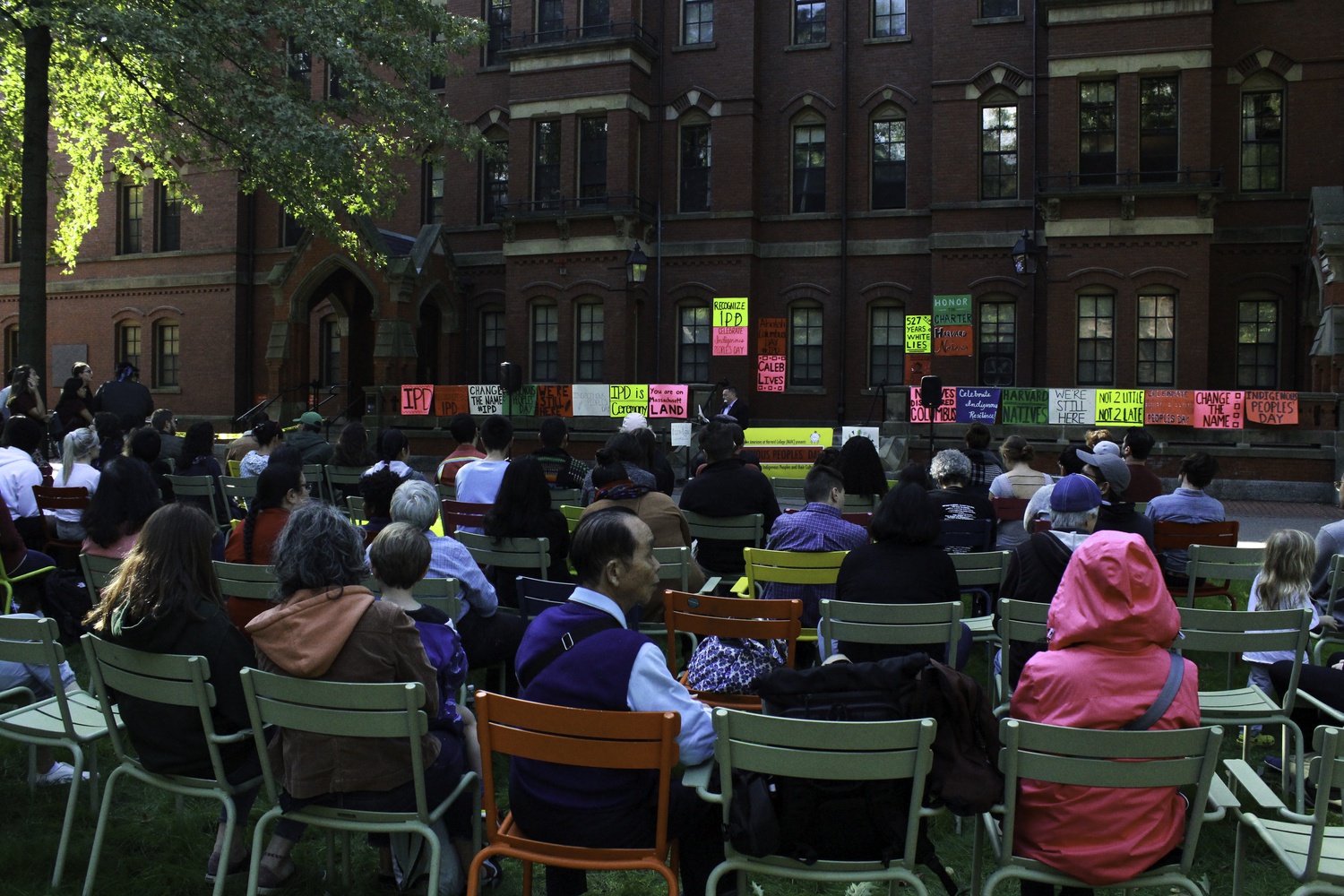 Harvard affiliates and members of the public gathered in front of Matthews Hall to celebrate Indigenous Peoples' Day. By Joshua A. Ng

NAHC also circulated a petition requesting that Harvard’s administration solely recognize Indigenous Peoples' Day rather than jointly recognizing it with Columbus Day. The petition had garnered more 1,200 signatures as of Monday evening. University spokesperson Jason A. Newton declined to comment on the petition.

Dean of the College Rakesh Khurana, who attended Monday’s event, said that it was the role of the College to “honor the history of voices that have often been forgotten or intentionally erased.”

Members of NAHC further acknowledged recent, tangible changes in the attention that they have received from the administration. According to NAHC Treasurer Kenard G. Dillon ’17-20, the administration has been more receptive to the group.

“The administration has been cooperative,” Dillon said. “They’ve been responding to our messages and emails, which they hadn’t done in years previous.”