Bacow Says He Will Respond to Sen. Grassley’s Letter on Sullivan and Academic Freedom 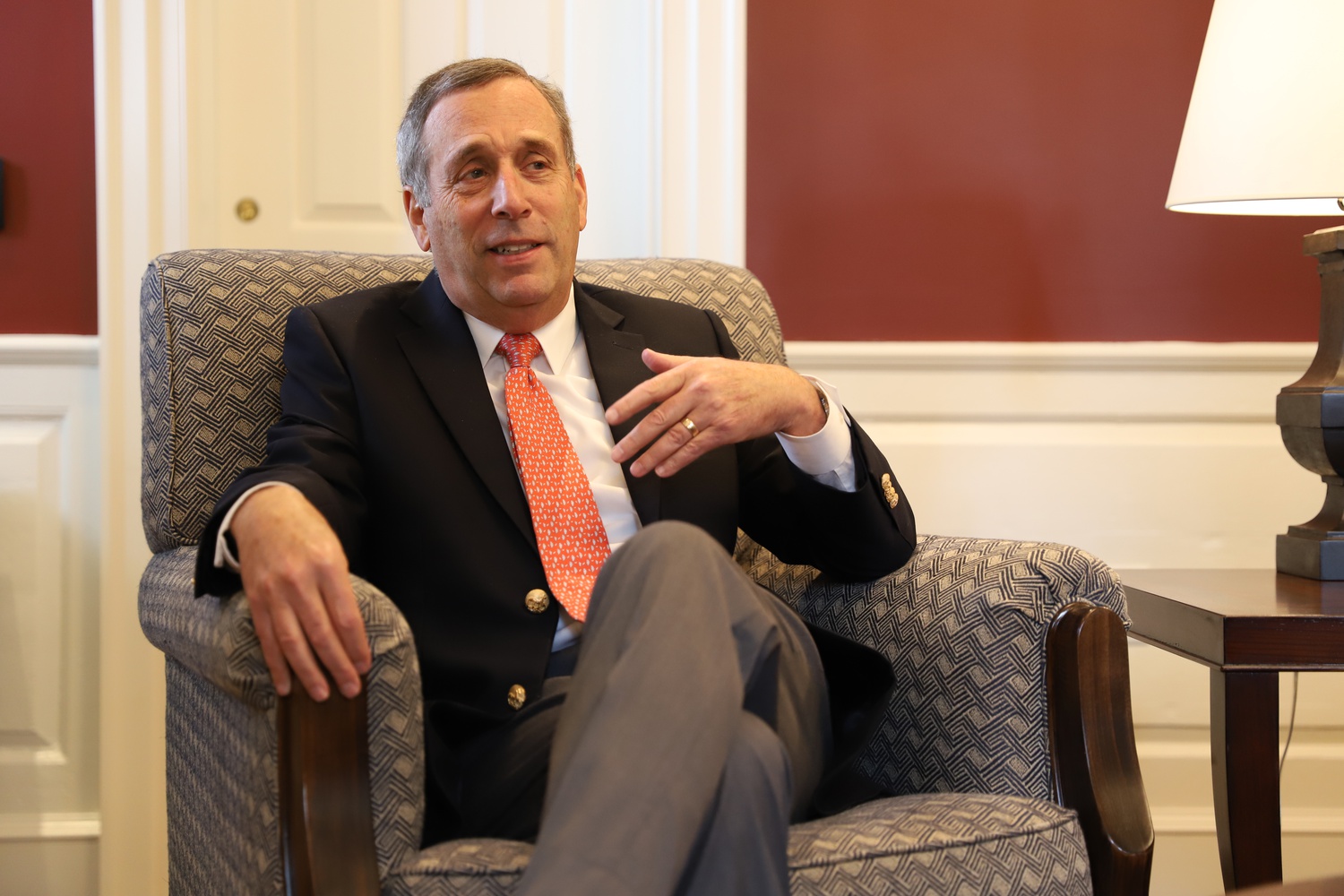 University President Lawrence S. Bacow has a conversation with a colleague in his office in Massachusetts Hall before an interview with The Crimson. By Kathryn S. Kuhar
By Alexandra A. Chaidez and Aidan F. Ryan, Crimson Staff Writers

In his letter, Grassley asked Bacow to respond to a series of questions about how the College made its decision not to renew Sullivan and the state of academic freedom at the University.

Bacow said it is Harvard’s practice to “always respond” to letters from senators and said he would send speeches he and Dean of the College Rakesh Khurana have made that address academic freedom and the meaning of the University motto, Veritas.

Student calls for Sullivan's removal began in January 2019 after Sullivan announced he was representing former Hollywood producer Harvey Weinstein, who is facing allegations of rape and sexual assault. Khurana announced Sullivan would not return as faculty dean of Winthrop House after months of campus-wide controversy and student activism.

After Sullivan announced he would represent Weinstein, students protested in Harvard Yard, held a sit-in in the Winthrop dining hall, and circulated petitions calling on administrators to remove him from his faculty deanship.

Student protests prompted the College to launch a climate review into Winthrop House, and they eventually decided not to renew Sullivan due to findings that he and co-Faculty Dean Stephanie R. Robinson fostered an “untenable” climate within the house.

The College’s announcement came a day after The Crimson reported allegations from a dozen current and former Winthrop affiliates that Sullivan and Robinson created a toxic environment stretching back years.

Grassley wrote that his letter was not concerned with the College’s decision not to renew Sullivan and Robinson due to “individual or human resources-related reasons,” but rather about what it means for higher education more broadly.

“To be clear, it is generally Harvard College’s business as to what faculty members it employs and how it employs them,” Grassley wrote. “But this episode raises significant concerns that have implications for the state of tax-exempt higher education in the United States and how it is preparing the next generation of our Nation’s leaders.”

Bacow repeated his defense of Khurana’s decision to not renew Sullivan’s contract as faculty dean of Winthrop House during Monday’s interview.

“This was not about Professor Sullivan's representation of Harvey Weinstein,” Bacow said. “It had to do with the way in which the faculty deans at Winthrop House were discharging their responsibilities as faculty deans.”

Bacow has also spoken previously about the University’s efforts to support freedom of expression on campus. He cited his speech at freshman convocation in September, when he endorsed student activism and balanced arguments.

“I choose my words intentionally when I say standing up and speaking out are actions. They are often the most difficult when they are most worthwhile,” Bacow said at the time. “You will not regret the time you spend articulating your argument and pushing for change over the next four years.”