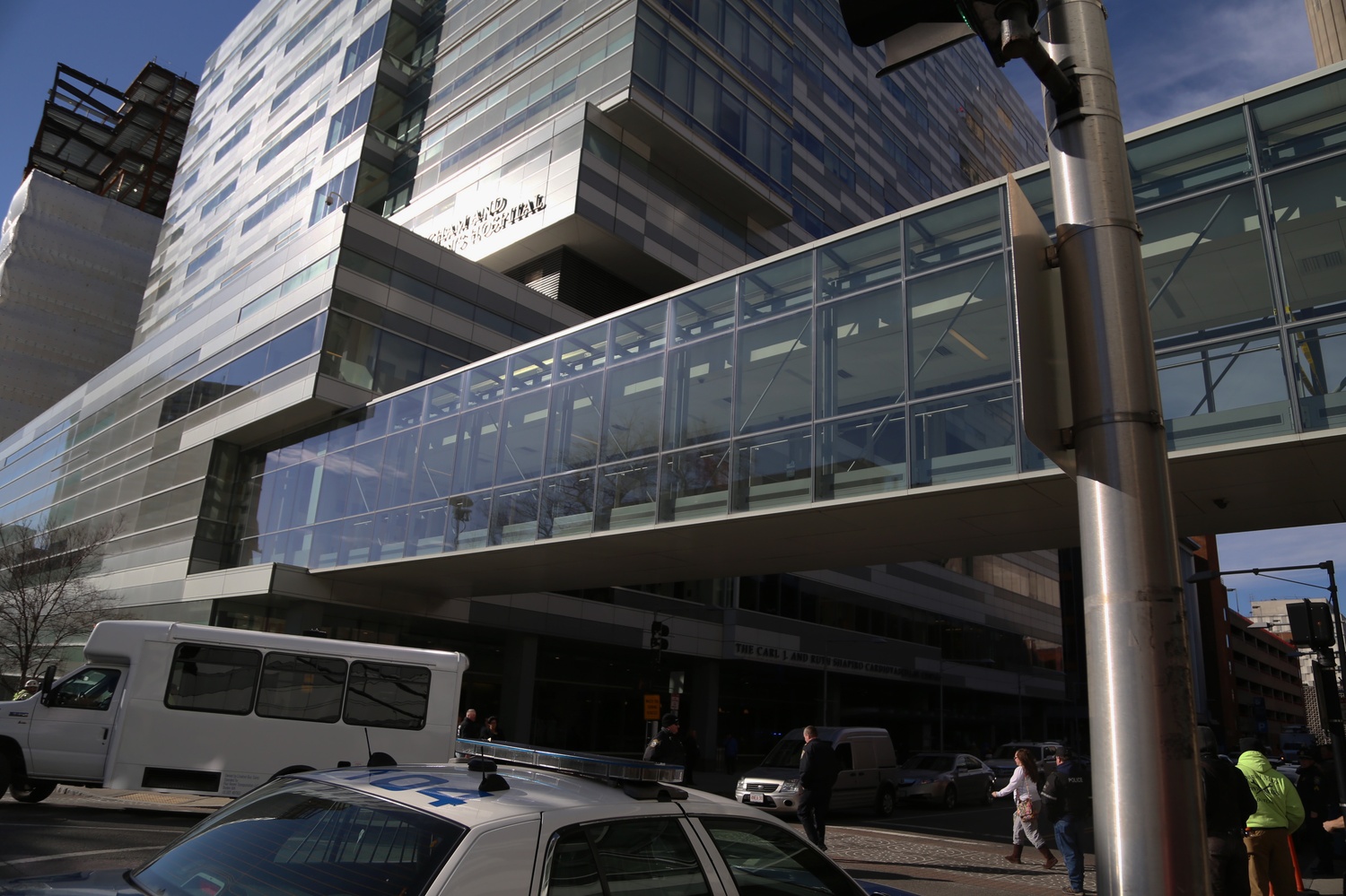 The exhibit, titled “RESILIENT: Narratives of Hope From Boston’s Opioid Crisis,” contains 31 individual portraits and lines a hallway at the hospital. Its subjects include Louis Cherubino, supervisor of the Cambridge Police Department’s opioid response initiative, and Monica Bharel, Massachusetts commissioner of public health, according to the press release for the exhibit.

Event organizers said a desire to highlight the complexity of substance use and addiction compelled them to organize the event in concert with other medical students.

“This project was really an attempt to explore what is often not said, what is not in the public eye. A lot of stories of addiction portray a very singular narrative of what that could look like,” said Mimi Yen Li, a Medical School student who co-directed the project.

“A lot of the coverage of the opioid crisis has actually been from people who haven’t experienced it themselves,” said Joyce C. Zhou, a Medical School student and project co-director. “It was really important for us to try to highlight those stories and hear from the people themselves.”

The event organizers said they plan to bring the exhibit to Harvard Medical School and possibly other venues in the future.

As dozens of students, doctors, and residents filled the mezzanine, a series of speakers including doctors and substance abuse patients addressed the crowd to introduce the project.

Joji Suzuki, an addiction psychiatrist at Brigham and Women’s, said when he started at the hospital 10 years ago, he was the only addiction specialist in the entire Longwood area.

“It was very common for patients to be told that ‘we don’t do that here,’” he said. “Today, when a patient is looking for treatment, we can confidently say, ‘you’ve called the right place, we can help you.’”

Finally, Ursel Hughes, a patient photographed in the exhibit, spoke about her experiences with addiction and substance abuse.

“It’s truly a privilege and an honor to share your experience, strength, and hope, which has been denied to too many,” she said. “I challenge you to support others, whether they are sick and suffering coming off the street, or whether they are uneducated around the disease model of thinking about addiction.”

Faculty and students on Harvard’s Longwood campus have been focusing on the opioid epidemic in recent months as the issue gains increasing regional and national attention. In April, the School of Public Health invited five former governors to speak about state-level responses to the epidemic.