With Sunflowers and Snacks, Smith Center Opens Its Doors 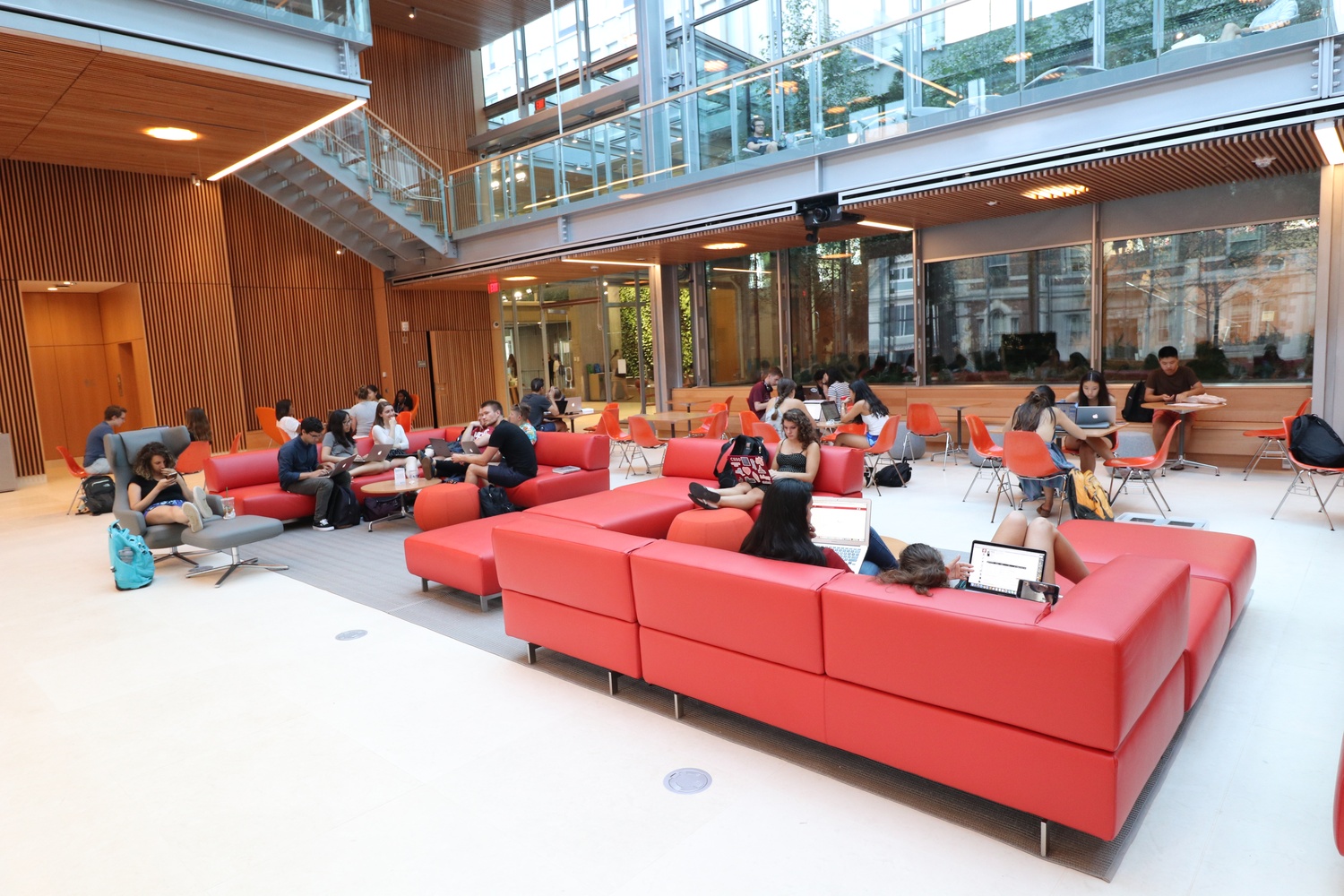 Welcomed by hundreds of sunflowers put on display and free for the taking, Harvard affiliates and visitors crowded the Smith Campus Center for its public opening Tuesday.

While only the common spaces and a few restaurants — including Blackbird Doughnuts, Pavement Coffeehouse, Bon Me, and Swissbäkers — opened Tuesday, individuals still enjoyed  the renovated common areas and lined up at the eateries. The three remaining restaurants will open over the coming weeks, Executive Vice President Katie N. Lapp wrote in a University-wide email.

With the opening of the Center aligning with the first day of shopping week, many students serendipitously crossed paths with old pals after a summer apart upon visiting the new space.

“We’re just jealous because we just graduated, and we’re just watching everyone reunite,” Rachel S. Carron, a recent graduate from Ohio State University, said. “I was like, damn, I want to run into people. Seems like a nice happy place to be.”

Several students said they appreciated that the Center features an enclosed garden of plants native to New England, living walls sprouting vines and leafy greens, and glass walls looking out onto Dunster St. and Holyoke St.

“Seeing all the plants and greenery inside of here feels like home,” said Drew J. Ochengco, a California native and student at the Graduate School of Education.

In addition to the trendy workspaces and variety of eateries, one student also mentioned the optimal location as one of the main draws of the Center.

“It’s a very central location so people can come leaving classes and going on the way to classes,” Frankie A. Tangredi ’21 said.

“When you have, you know, a quick break, or when you have a lot of time, it’s a great stopover point, and I think because of where it’s located it would be easy to come at any point really,” she said.

The Center is the crown jewel of former University President Drew G. Faust’s Common Spaces Initiative. A celebration of the opening of the Center, including live performances by student groups, will take place on Sept. 20.