My Two Libraries, My Two Selves 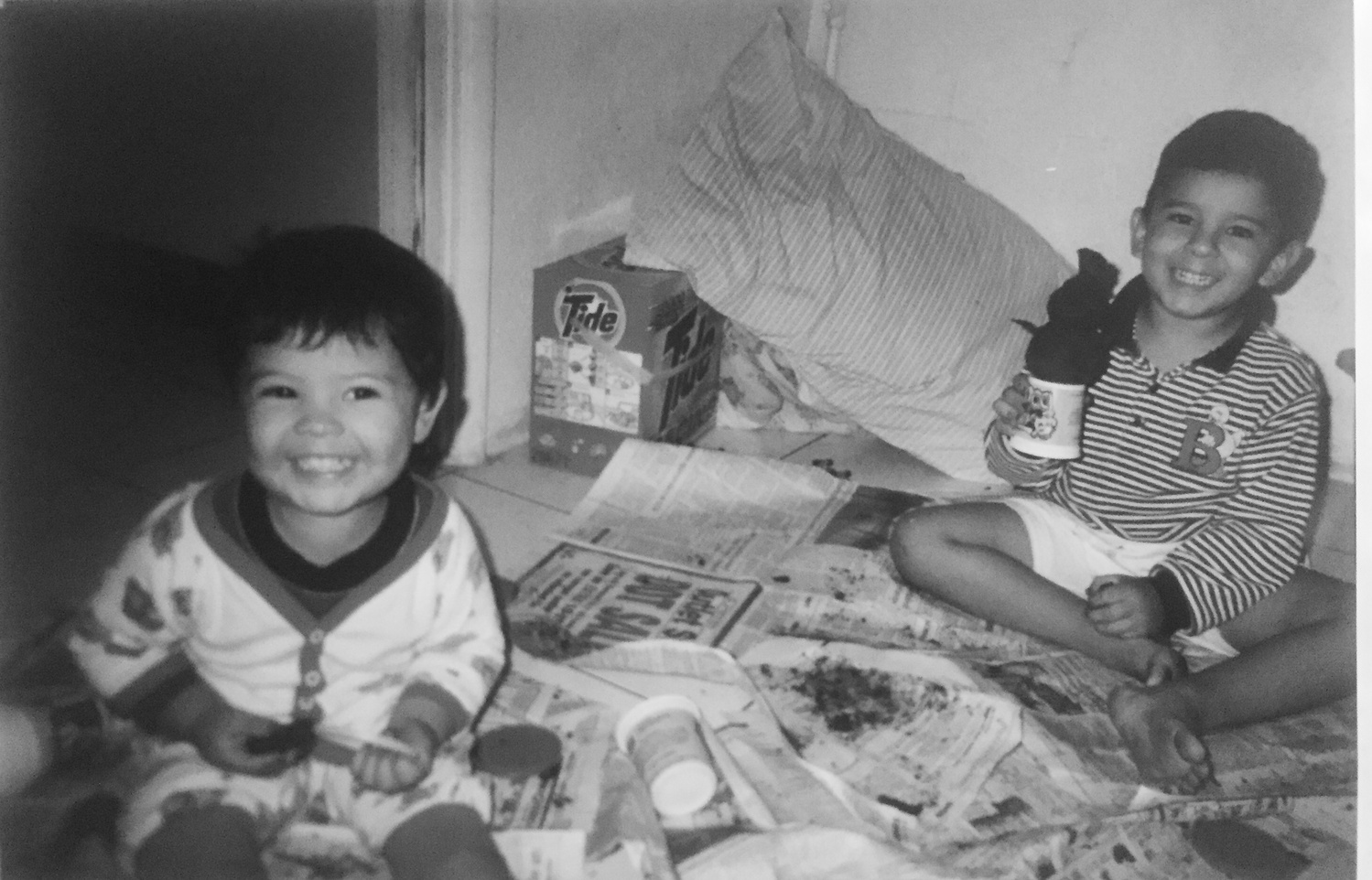 There’s a tattered copy of George Orwell’s “Animal Farm” in my old bedroom at my childhood home in Southern California. The bedroom is not mine anymore. When I left to college, my brother overtook it until he left for college. Since he left home, my Abuela Margo has inherited the room.

And yet, on a shelf in the room that is no longer mine, sits the Orwell novel. The cover is nearly completely ripped off, the spine a shattered mix of glue and paper. I’ve held onto it because it is the first real novel I remember reading.

There weren’t many novels in my home growing up. I’m sure there were more books than I remember, but those that stick out most vividly are the books I acquired myself. There was the collection of children’s encyclopedias, of which the one about dinosaurs and the animal kingdom were my favorites.

Those were a gift from my godfather, who also gifted me “Harry Potter and the Goblet of Fire,” the first book I read in the series that would teach me to love literature. When he passed away in 2009, some of the pain came from knowing I’d never again see the man who helped spark my own personal library.

But “Animal Farm” was different because it wasn’t a book meant to teach me how to love learning. It was a book for those who already read intellectually, for people who were into global politics, for those trying to make sense of totalitarianism. It wasn’t for the kind of reader I was then, but I read it anyway and I loved it.

Of course, I didn’t understand any of it. To me, it was just a story about pigs, horses, and the rude exclusion of Snowball from the farm. But it was still challenging and intriguing, so I moved it from an old drawer in the garage where I’d found it into the personal library in my room.

Then, nearly a decade later, I got to Harvard, home of an 18 million volume library system comprising the largest private collection in the world. With the click of a button, I could have nearly any book imaginable pulled out just for me. From the stacks, I excavated a reprint of Roque Dalton’s poetry, sold in London to raise funds for the leftist organizers during the Salvadoran Civil War. My godfather’s brother was a general in the Salvadoran guerilla. Last summer, when I went to meet with him in San Salvador, I brought a copy of the memoir he’d published, stamped with HARVARD COLLEGE on the inside pages.

And yet I’ve continued buying stacks and stacks of books for the personal collection I’ve started building in my dorm. When it comes time to rent or buy books off a syllabus, I ask myself: Is this a book you want your child to read one day?

The answer is usually yes. I’ll read them the Harry Potter series, one I’ve cobbled together from thrift stores and gifts, when they’re young. My 1991 reprint of “Catcher in the Rye” will be handed off mid-high school. “Beloved,” for whenever the world reminds us of its necessity. “Ulysses,” just to confuse the hell out of them when in college.

My future children have given me an excuse to build two libraries—one at college and one at home. Books migrate back and forth between my two homes, snuggled under Harvard hoodies and pressed against memories of semesters past. I think about my unborn children and my two libraries often because they’ve come to represent the two selves I’ve been unable to fold into one: my pre-Harvard and my post-Harvard self.

Harvard has deeply and irreversibly changed me. It’s no secret that this University is built off of decades of mind-boggling wealth. Legacies are admitted at five-times the rate of students whose parents didn’t go to Harvard. 15 percent of students at Harvard come from families in the top 1 percent of incomes. Only 4.5 percent come from families in the lowest 20 percent.

I was never slotted to be one of those people who’d collect business cards like candy, over a few glasses of sweet champagne. And yet, I’ve learned how to feel comfortable in spaces chock-full of Harvard alumni, with only a brand name linking us together. I’ve sipped on power and prestige, and it no longer nauseates me or makes me feel like I’m floating outside of my skin.

The change terrifies me. I loved books like “Animal Farm” simply because they entered my life at the right moment, by chance alone. Now, I try keeping up with what’s hot in the publishing world—which new books are being talked about, which literary magazines carry the most prestige. Chance encounters with a life-shattering novel are becoming rarer and rarer.

Before starting at Harvard, I resigned my love to literature to being a lifelong hobby. I’d pursue a degree in practicality, to get a job that would make my parent’s immigrant sacrifices worth it all. Now my career dreams—a PhD, then a swanky professorship somewhere—involve sustaining myself economically by reading, writing, and teaching literature.

It’s a selfish dream, and an immense privilege, to choose to love books for a living. There are thousands of young Salvadoran folks out there who didn’t receive the lucky ivory ticket that I did in March of 2015. There are thousands of immigrant poets and book lovers whose daily preoccupation is feeding themselves and their families, even it means relentless back-breaking work.

Harvard has set me on a different path, one I might deserve but definitely no more than anyone else from my background. Privilege and power are intergenerational, so my children will grow up with the luxuries my education has offered me. They won’t grow up with a rogue novel to stumble upon; they’ll have carefully curated universes at their fingertips. Their libraries won’t be the rag-tag collection of novels picked up at used book stores and thrift shops.

The books my children will grow up with will be books picked off Harvard syllabi, or those I paid full-price for at independent bookstores the first time I visited New York, Washington D.C, and Manila. Their library will represent the self I lost, inevitably, when I decided to get on a plane to Boston and study at the oldest university in the country, to try springboarding into a class of American society never built to accommodate people like me.

Thinking about the immediate future terrifies me, so I seldom dream about where I’ll be living post-graduation. I avoid imaging whether it’ll be a small basement apartment or a small room in a suburban home (it will be small, I can assure you). But I do often think about my personal library: where it’ll be within my small space, the color and grain of the bookshelves, whether I’ll organize my books by author’s last name or by genre and topic.

And, of course, where exactly I’ll place that old copy of “Animal Farm,” tattered pages and all.