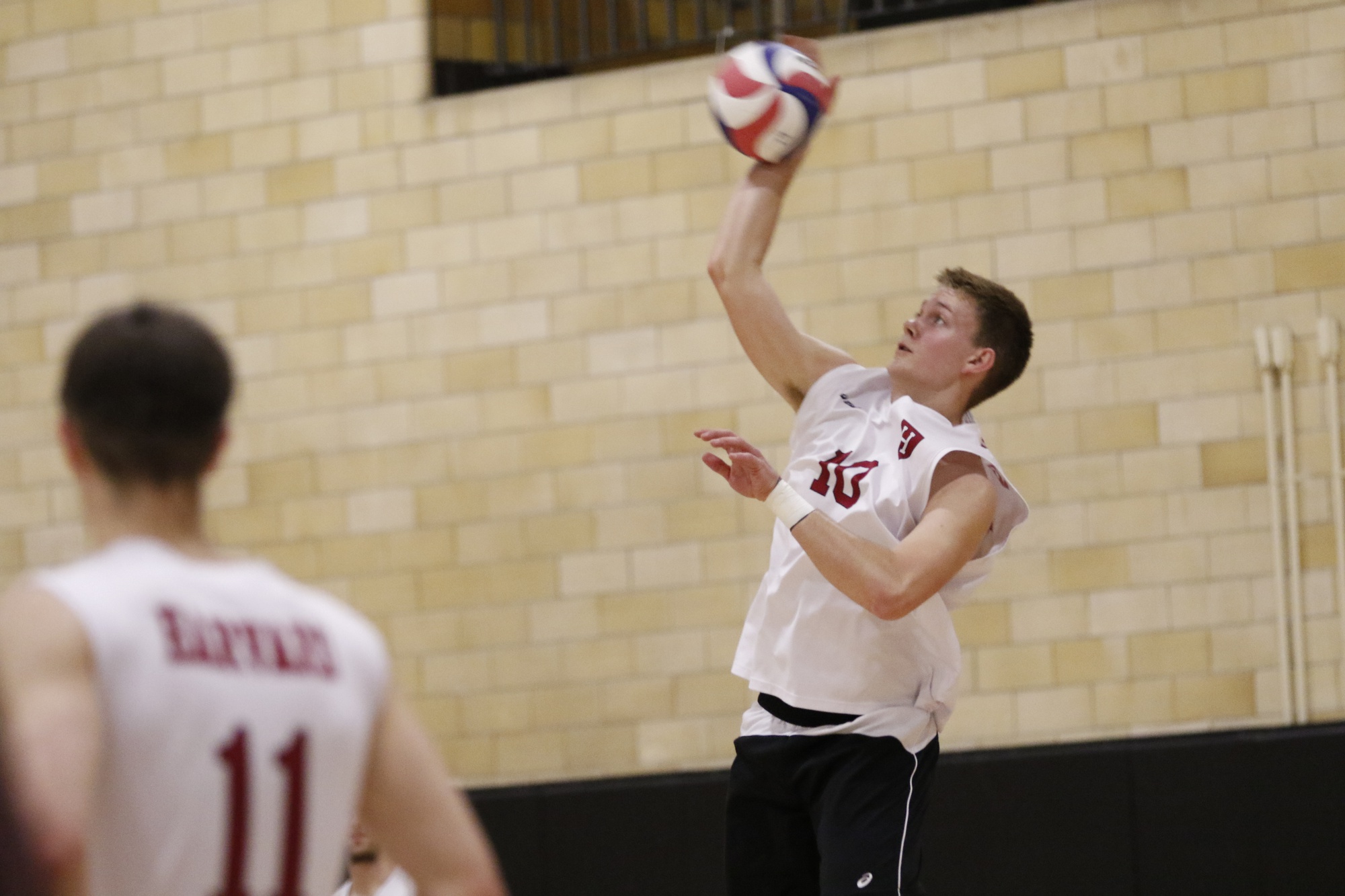 Graduates from the Ivy League institutions have won Nobel prizes, formed multinational corporations, served on the Supreme Court, and become president. But no Ancient Eight grad has ever been able to boast even one set victory in the NCAA Men’s Volleyball Championships.

Next year four of them will.

Prior to this season, Harvard had never made an appearance at the championships and the Ivy League hadn’t sent a representative in over 20 years. In its inaugural trip to the tournament, however, the Crimson squared off with 19-time champion UCLA on the Bruins home turf. Just under 2600 miles from Cambridge, Harvard fell to the historic juggernauts but before doing so, notched the division’s first ever set victory.

Under the lights of the Pauley Pavilion in Los Angeles, Calif., the Crimson (13-14, 10-4 EIVA) went up one game Tuesday before dropping three consecutive to the home team.

The match represents only the second time the two programs have met, the first coming last season when UCLA (25-7, 9-3 Mountain Pacific) swept Harvard in three sets by an average of 10 points in each stanza. This year told a different story.

Prior to beginning to the match, a head injury suffered in practice the day prior sidelined senior Brad Gretsch. In the EIVA tournament last week, Gretsch contributed 30 kills and a .378 attack percentage, enough to earn the middle blocker and outside hitter the Most Outstanding Player award at the tournament.

Despite the hit to the roster, the Crimson came out Tuesday night swinging and took the first set 25-23. Tied at nine apiece, junior Trevor Dow notched two consecutive kills followed by an ace from sophomore Matt Ctvrtlik established Harvard’s three-point lead. On the heels of an Bruins three-point run, the home team stole back its second lead of the night at 20-19. The Crimson returned the favor with a three-point run of its own, quickly erasing the one-point margin and establishing a lead from which UCLA never recovered.

“I couldn’t be more impressed of how they fought, especially [because] we lost a key player this morning in practice and we were down for a little bit,” Harvard coach Brian Baise said. “But to come out and fight like that, compete against a team like UCLA in this kind of environment showed a lot.”

Throughout the entirety of the match, Ctvrtlik headlined the offense for the the Crimson squad, leading the team with eight of the team’s 35 kills. Dow and sophomore Erik Johnsson added six apiece to that total. The Bruins’ Christian Hessenauer led the match with 22, teammates Daenan Gyimah and Jake Arnitz each landed 11 kills.

The first set featured Harvard’s best team hitting of the night at .348 percent—still lower than UCLA’s .367 hitting percentage in the set.

The Crimson’s backbreaker came in set number three as the Bruins claimed the bout, 25-11. Both teams tied with a set, the domination began from the first serve. UCLA busted out five straight points to open the stanza. At 4-8, the Bruins didn’t lift their foot off the pedal and buried Harvard in a 6-1 onslaught to claim a nine-point lead. The set featured the Crimson’s worst hitting percentage of the match, -.083.

“I think we broke down a little bit at the beginning, and then being down 5-0 especially against a team that good can be a little tough to fight back,” co-captain Riley Moore said. “We tried our best to try and get the momentum back. That whole set, we just kind of looked a little defeated, a little down. But I was proud of how we came back in the fourth set, especially after a really tough third where we couldn’t really figure out how to get our offense going.”

In the two other sets, the second and fourth, Harvard failed to break 21 points, giving the home team the 25-21 victories both times.

Across the four sets, Moore led the team in hitting percentage striking a .500 percentage. Ctvrtlik was the next most accurate at .300. In assists, senior Marko Kostich led the team, grabbing 17 while Ctvrtlik, again at number two on the roster, found 15. Comparatively, UCLA’s Micah Ma’a landed 46 assists by himself, more than all of the Crimson’s roster combined.

Defensively, sophomore Chase Howard led the team with 15 digs, while co-captains Jack Heavey and Moore each put up four blocks at the net. Prior to the game, Harvard was fifth in the nation in digs per set at 9.79 as Howard individually stood at seventh.

The Bruins harbored the advantage of numbers by granting 10 different players time on the court, while the Crimson managed a seven-man rotation.

With the victory, UCLA advances to the quarterfinal round of the national tournament to play No. 2 Brigham Young University. BYU already bested the Bruins once this season, downing the team in the Mountain Pacific championship match three sets to one.