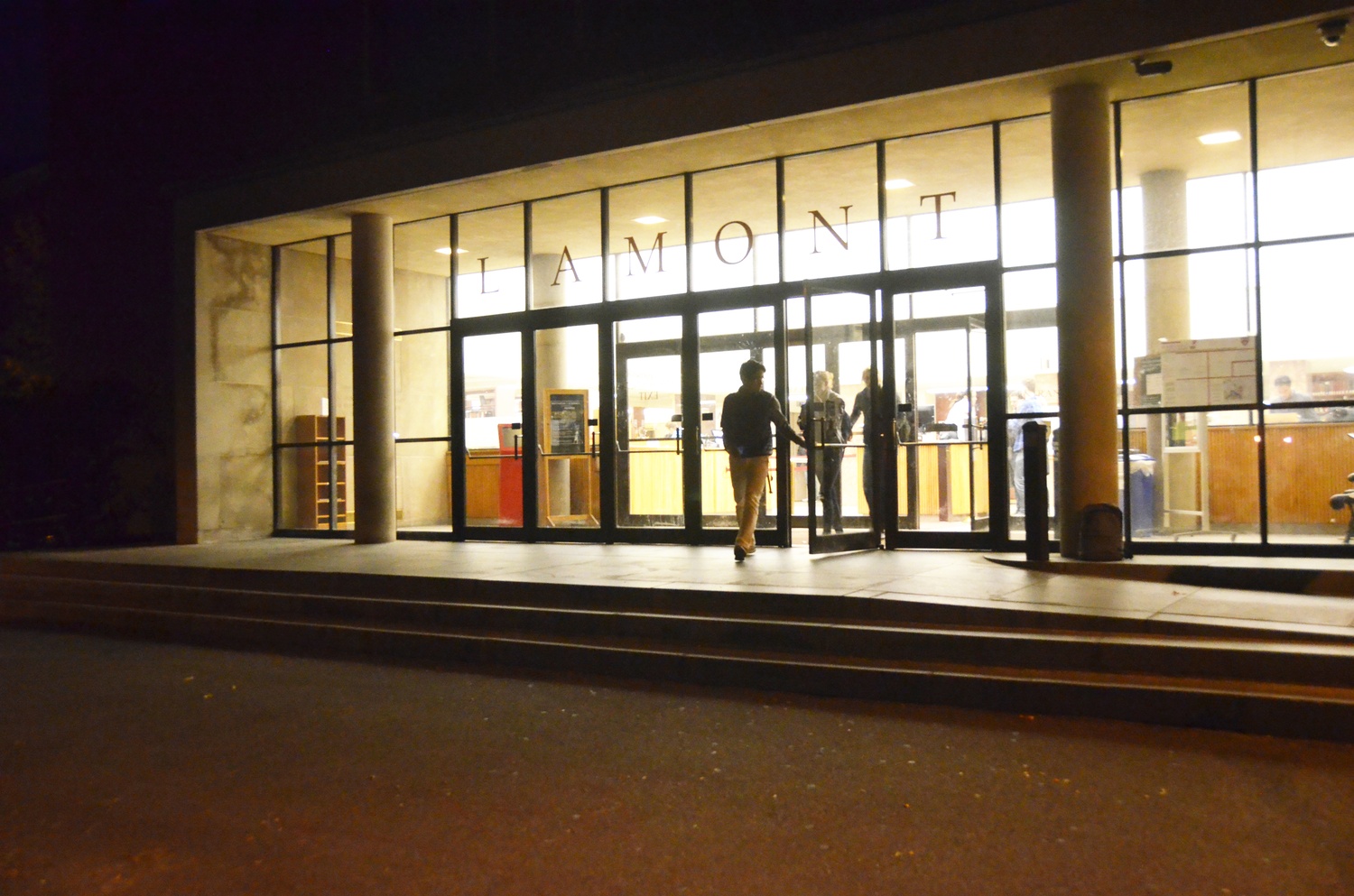 Harvard employee Eric Clopper planned and filmed promotional videos for a controversial one-man performance—in which he called Judaism an “unmasked genital mutilation cult” and stripped naked—in his workplace and during work hours.

Clopper, a systems administrator at the Language Resource Center located in Lamont Library, fervently criticized the traditional Jewish practice of circumcision and performed sexual acts while fully naked with an inflatable sex doll as part of a performance he gave Tuesday in Sanders Theatre. Spokesperson Rachael Dane later announced Wednesday the Faculty of Arts and Sciences is “reviewing” the nudity and "anti-Semitic content" included in the show, titled "Sex & Circumcision: An American Love Story."

Dane wrote that Clopper's nudity seems to violate the terms of the entertainment license Harvard holds with the City of Cambridge for Sanders Theater; she noted "we are currently engaged in a review" to determine whether Clopper provided the University with an "accurate account" of his show's content prior to its production. She added Harvard "does not condone the behavior or any viewpoints expressed by" Clopper during the performance.

Internal emails show Clopper not only developed his show in Harvard spaces during work hours, but that Clopper's colleagues at one point raised concerns about the performance to administrative staff. In an April 17 email to the LRC staff email list, LRC director Thomas Hammond wrote he had been made aware that some employees were "uncomfortable" about Clopper’s planned performance.

“I was sorry to learn that some of you have been made to feel uncomfortable about Eric’s upcoming Sanders performance,” Hammond wrote in the email, obtained by The Crimson. “I wanted to reach out to the list to let you know I have heard you, and we are taking immediate steps to make sure everyone feels safe and comfortable here at the LRC.”

In the email, Hammond wrote Clopper will be “partitioning his multitasking better, focusing on LRC matters when working at the LRC and working with his promotions team only outside the LRC and outside his LRC working hours.”

“It’s clear that we need to do a better job of separating this project from the LRC’s normal daily activities,” he added.

Hammond also wrote he had spoken with Clopper and that Clopper had agreed to avoid discussing his performance with LRC colleagues “unless they approach him with questions, and even then will do so discreetly so that others are not a ‘captive audience for the conversation.’”

Hammond declined to comment on the email and on Clopper’s use of LRC space for this story.

Clopper said in an interview Thursday that he is an “exempt-level employee” and is held to his own schedule. He said that, in the past, he has been allowed to shoot some promotional videos when the LRC is closed.

“I do have an hour of lunch, technically, and so during that hour I’m free to do whatever I would like,” Clopper said. “Well, we always—to my knowledge—have had the policy where if you’re not interrupting LRC activities or the space is closed, you can use it for projects. We’ve always set the precedent of that, and it’s never been an issue before.”

In multiple promotional videos for the show uploaded to YouTube, Clopper dons an inflatable penis suit. Per the videos, he offered to pay people $20 a hour to wear similar suits and promote his show in Harvard Yard.

Clopper originally booked the event at Sanders Theatre as a spokesperson for Foregen—a “non-profit organization founded to research and implement regenerative medical therapies for circumcised males,” according to its website.

Tyler Drozd, the social media team leader of Foregen, wrote in an emailed statement that Clopper handed Foregen a notice of resignation prior to the performance.

“Mr. Clopper had agreed on the content of the speech which he deviated from of his own accord during the presentation, and the views expressed are his and his alone,” Drozd wrote. “Mr. Clopper is no longer affiliated with Foregen, and does not represent the company or its views.”

Clopper’s decision to step away from his position at Foregen was born of conversations with his then-coworkers at the company, Clopper said in the interview.

“I had told my colleagues that this is more of a political and ideological speech, in like, where does religion have the right to carve their religion into your body, essentially,” Clopper said. “Although my colleagues at Foregen may be sympathetic to not allowing people to carve ideologies into people’s bodies, they said, ‘We’re a medical institution, and we’re not going to be engaged in this.’”

Foregen donated over $10,000 towards the performance before his resignation, Clopper added. A pinned tweet—pinned as of late Friday night—on Foregen's Twitter account notes the company "set aside" funds for "Eric's speech."

Clopper said the rest of the funding came from another donor, in addition to around $7,000 in out-of-pocket expenses.