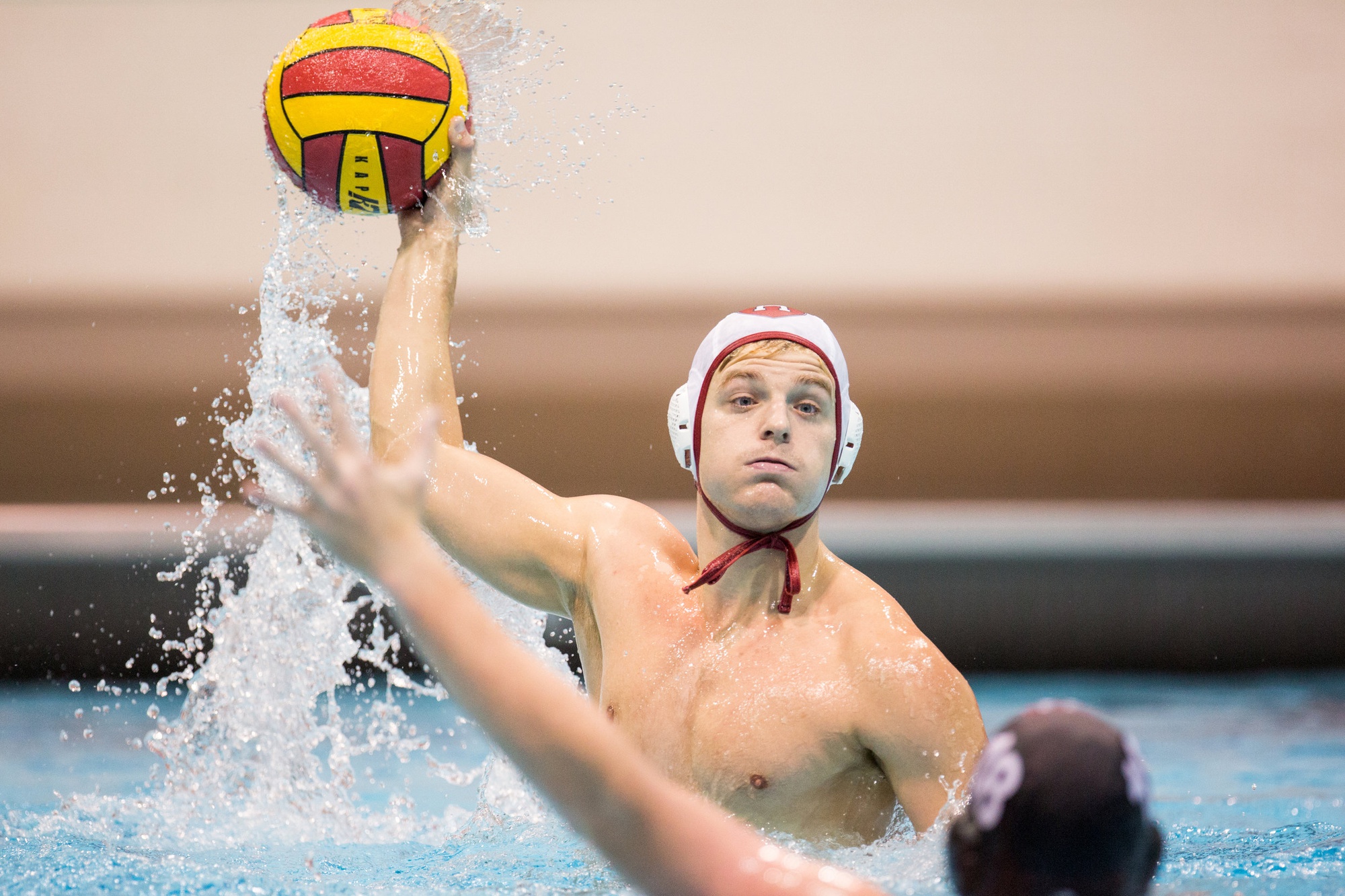 Immediately following the injury, senior utility player Harry Tafur could not bar the pessimistic thoughts from flooding his mind.

“I thought I was going to get surgery,” Tafur said. “It was pretty bad because you could see my clavicle popping out, so I said, ‘Well there goes my senior season.’”

The 2017 season statistics do not tell the tale of the injury, rehab, or readjustment that Tafur experienced, but the ones close to him know the dedication and determination that delivered a successful season for the senior.

Tafur’s injury came from the most unlikely of sources: a simple bike ride on a bright summer’s day.

“I was riding down a hill and hit a pothole,” Tafur said. “I flipped over the front tires and landed on my left arm and I separated my AC joint…tore the three ligaments that connect my clavicle to my shoulder. Luckily enough, my phone still had some battery and a car drove by right as I took my tumble, so they called an ambulance.”

The doctors diagnosed him with a third degree AC joint separation. The same shoulder that Tafur used to propel him through the water, grab opponents, and fend off defenders was rendered motionless only four weeks from the start of the season.

“I was told I would have a good six weeks in a sling and a lot of rehab,“ Tafur said. “I couldn’t really make any movements. I had to rebuild a lot of the tiny muscles surrounding the joint just because my ligaments were snapped so they were never going to heal, and surgery was not an option.”

While the injury was surely gruesome, the physical damage may not have even been the most painful part of the crash. Tafur had many hours of rehab ahead of him. Almost every day during the summer before the 2017 season, Tafur rehabbed for hours, working on simple movements to get his shoulder back into playing condition.

“Getting blood flow into the area was the first priority,” Tafur said. “Eventually, after a couple weeks I was swimming, and just progressed more and more.”

In the midst of disappointment, a couple of silver linings rose to light surrounding the entire situation. First, the injury occured over the summer on campus, which allowed Tafur direct access to Harvard facilities to accelerate the rehab process. Second, the injury could have been much worse than it turned out to be.

"I say this lovingly, obviously, but the kid is a freak of nature," Harvard coach Ted Minnis said.

“Luckily I didn’t need the surgery,” Tafur said. “I guess a lot of NHL players have it so it's not a [terrible] injury…. I think Harvard has resources that not every school has. I was able to be in the training room at 5 a.m. and [the trainers] were already in there. The pool was open to us at all times, so in the afternoon I could go there after work and get a little motion in my arm. I think the biggest thing is the facilities and the resources they provided. The athletic trainers and the weight coaches were able to create a new program for me...keeping me in shape.”

A combination of successes allowed Tafur to start in the first game of his senior season as co-captain of the team, returning back to the pool multiple weeks before his expected return date.

“I say this lovingly, obviously, but the kid is a freak of nature,” coach Ted Minnis said. “The kid hurt his shoulder pretty bad, and he’s in doing swim sets three weeks later. He just powered through, and that's just a testament to who he is.”

Tafur’s presence was felt right away. On the opening day of the season, facing off against Pepperdine in the Bruno Classic, the senior notched three assists. Though the Crimson ended up falling to the Waves, 16-7, Tafur was thrilled to get back in the water.

“I think getting in the pool for the first game was good,” Tafur said. “Getting over the hump and knowing I could play a full game, not necessarily to my best performance, but I was still able to do it.”

Being back in the water did not mean a return to perfect health for Tafur. He played limited minutes for the team to begin the season, and there were mental and physical barriers along the way.

“I think definitely I was a little hesitant to use my left arm,” Tafur said. “This is a very physical sport, and I was hesitant to push or grab because I didn't want to tweak it again. I could tell my left side wasn’t as strong as my right side, but just like any injury, you bounce back pretty quickly. The more you play the more you build confidence.”

Tafur continued to make waves past the first game for Harvard. The senior finished the 2017 season with 58 assists, by far the team leader in that category. The co-captain also helped lead Harvard to its second straight NEWPC tournament title and a quarterfinal appearance in the NCAA tournament. He and fellow co-captain Colin Chiapello became the winningest class in Harvard men’s water polo history with 94 victories.

“It meant the world to me,” said Tafur when asked the importance of coming back for the 2017 season. “We were looking to repeat our championship run. We knew the conference championship final was going to be at Harvard and it was something we wanted to be in the finals for. Being able to be a part of the journey…was an awesome feeling.”

Tafur made his mark beyond the pool this season. The co-captain was a leader and an example for the younger players on the team.

“[Chiapello and Tafur] are going to leave a big hole when they leave,” Minnis said. “Obviously Harry [Tafur] had some big moments in his career here and I’m very proud of being able to be a part of his growth here at Harvard.”

Tafur was not deterred by injury or adversity this season and ended his Crimson water polo career with an exclamation point. He hopes the teams that follow will continue to do the same.

“It's been amazing four years,” Tafur said. “Kids now know what it means to win. The biggest thing…is that we left the program in better shape than when we got here. That’s just the best feeling to know that things are on the up and up moving forward.”