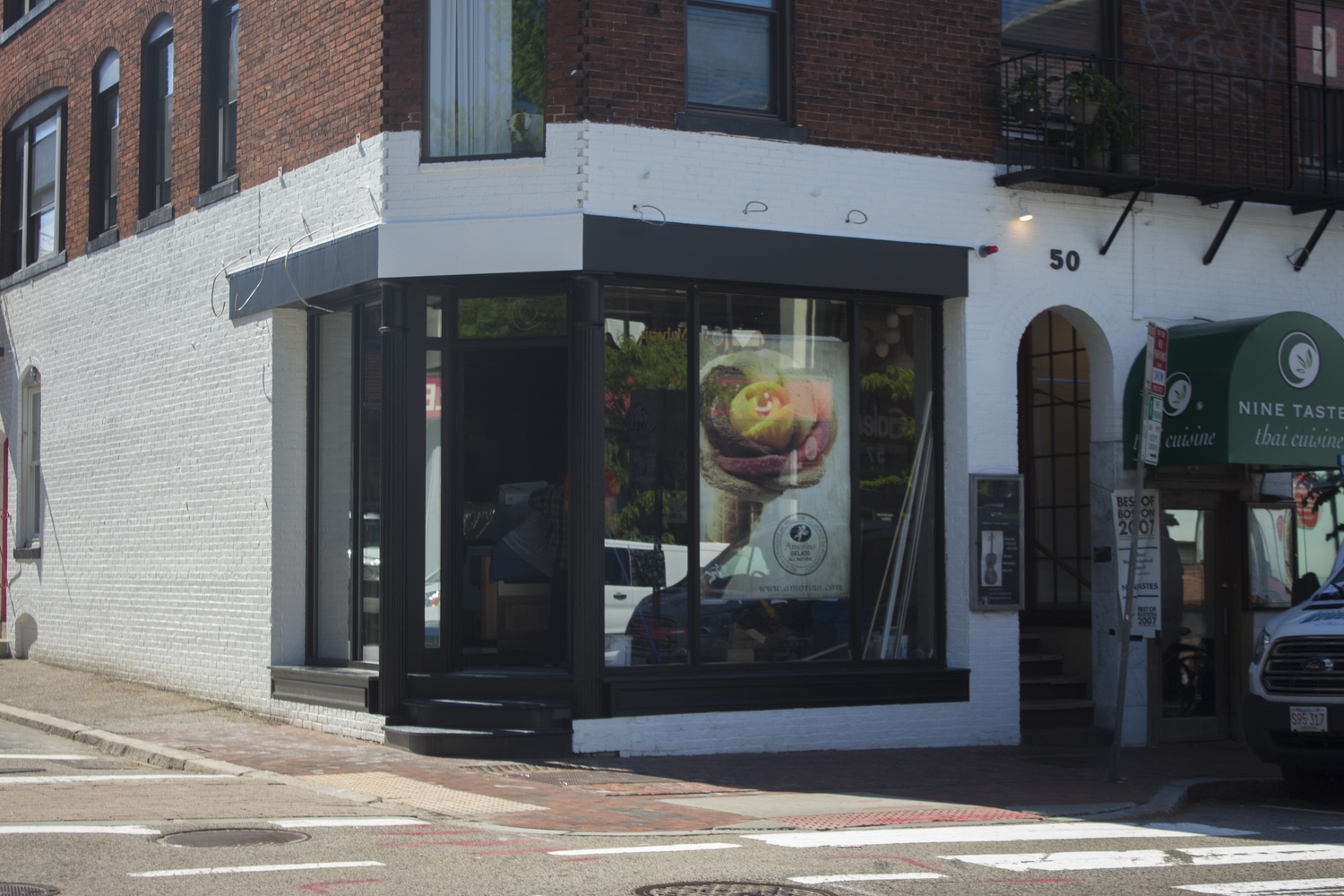 Amorino sits on the corner of Winthrop and JFK St. The gelato store is slated to open in early June. By Awnit Singh Marta
By Cecilia R. D'Arms and Yasmin Luthra, Crimson Staff Writers

Amorino, a high-end gelato chain, will open in Harvard Square just in time for the summer.

Léa Sasportes, the executive developer for Amorino in Massachusetts and Rhode Island, said the store is slated to open in the next month or so.

“We should be opening in early June—some time between June 1 and June 10,” Sasportes said. “On the first day, we’re probably going to do free ice cream for an hour or so.”

The Harvard Square location will be the second Amorino in the Boston area.The branch has operated a store on Newbury Street since 2015.

Sasportes said she has sought to open a Harvard Square location since before the Newbury Street location opened its doors. She noted the chain is “very popular among students and tourists,” arguing that Harvard Square is therefore the “best location for customers hoping to get the Amorino experience.”

She said students particularly enjoy the way Amorino shapes its gelato into flowers.

“For students, I think it’s a fun experience because we do the flower shape on the cone. And for every Christmas and Easter, we always add those little signature cones that come with a macaron,” Sasportes said.

“People love taking pictures and sharing them on social media,” she added.

Founded in 2002 in France, Amorino now boasts “boutiques” all across the world, including sites in France, the United Arab Emirates, and South Korea.

Though Amorino will be the only gelato shop in the Square, it joins popular ice cream locations dotted throughout the Square like J.P. Licks and Lizzie’s.

—Staff writer Cecilia R. D’Arms can be reached at cecilia.d'arms@thecrimson.com.

—Staff writer Yasmin Luthra can be reached at yasmin.luthra@thecrimson.com.