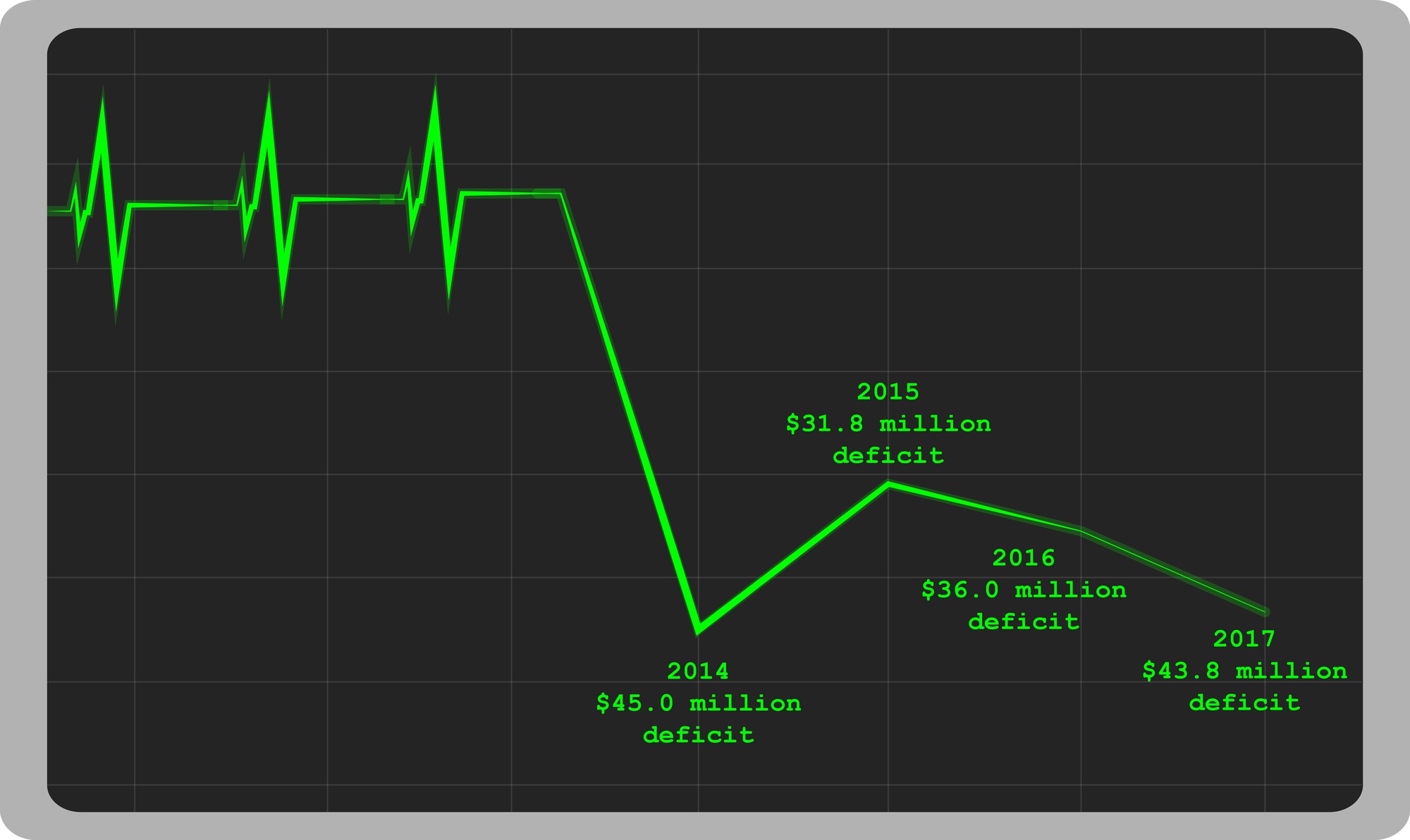 From the vantage point of Avenue Louis Pasteur, Harvard Medical School’s behemoth New Research Building is an imposing presence. Sprawling over more than half a million square feet of floor space across 10 stories, it is the largest structure that Harvard has ever built.

The building boasts a wide array of amenities, including a café, auditorium, and fitness center, and about 800 researchers use its laboratories daily. It stands as a physical testament to the school’s research prowess and international prominence.

But it also represents another long-standing feature of the Medical School: intractable financial difficulties. Construction costs ran $260 million 15 years ago; coupled with the lack of a major donor linked to the project, this expense continues to saddle the school with debt.

This debt is not the school’s only financial challenge: Despite a successful capital campaign, the Medical School has closed nine out of the last 10 fiscal years in the red, last year running a $43.8 million operating deficit. For administrators, balancing the school’s budget has long been a priority, but a number of challenges—including uncertain federal funding and supporting teaching hospitals—have made that goal illusive.

‘EXCELLENCE HAS ITS COST’

The New Research Building was built under University President Lawrence H. Summers in the early 2000s as part of a broader investment in the life sciences.

“We must not miss the tremendous opportunity that is inherent in this moment—excellence has its cost,” Summers said at the building’s opening in 2003. “The limits on what we can accomplish are the limits on the imaginations of our scientists.”

When it was built, Harvard could not find a namesake donor, who would usually fund about half the construction cost.

This was not the Medical School’s first New Research Building. In 1992, the school constructed a $57 million facility which originally had the same name, but it was renamed after New York businessman Warren Alpert donated $20 million. 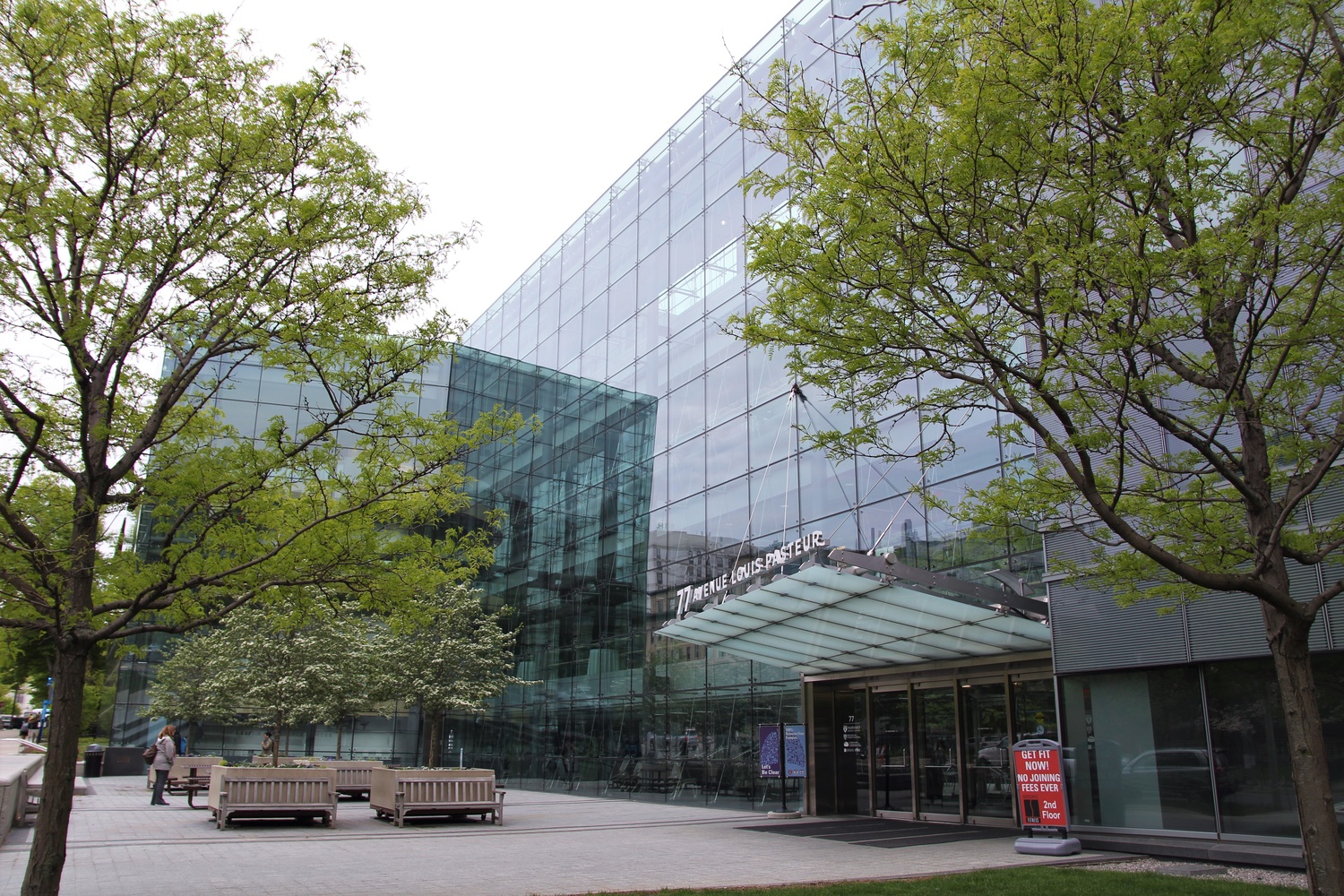 The New Research Building, which cost $260 million in 2003, has since strained Harvard Medical School's finances. By Krystal K. Phu

More than a decade and a half later, the naming rights for the second New Research Building remain unsold. The school actively marketed them as late as 2014, when its website offered the opportunity for a donor to bestow a moniker on the building for $50 million.

The debt from the project has challenged the school’s finances for 15 years. Former Medical School Dean Jeffrey S. Flier, who served from 2007 to 2016, said the school had about $500 million in debt early in his deanship, much of which came from the construction of the New Research Building.

“We had a very large amount of debt, and that debt became a major part of our operating expense,” he said.

Flier said he paid down about $170 million of the debt as dean. He also said he recommended the school sell either the New Research Building or the adjacent—but older and smaller—Harvard Institutes of Medicine at 4 Blackfan Circle, in order to relieve some of the school’s debt.

The current dean, George Q. Daley ’82, ultimately chose to sell 4 Blackfan Circle instead of the New Research Building. After listing the building last year, the school has entered final negotiations after receiving about a dozen bids.

“It's clearly going to be a very, very important transaction for us,” Daley said.

The school’s difficulty with debt after the construction of the New Research Building was compounded by the 2008 financial crisis, which significantly decreased endowment returns, an important component of the Medical School’s revenue.

“Many of the financial issues facing the school have persisted since the financial crisis of 2008,” Medical School Chief Financial Officer Michael White wrote in an emailed statement.

While the school has some financial autonomy, Medical School administrators work with the central administration on fiscal planning. Jennifer Dilts, assistant vice president at the Harvard Office of Financial Strategy and Planning, said the University provides general advice to Longwood.

“We do provide some guidance to help them with that process. There is a University budget letter that provides some very high level information on inputs to their budget areas,” she said.

Vice President for Finance and Chief Financial Officer Thomas J. Hollister added that the University does not view budget deficits at individual schools as inherently bad.

“It’s interesting to read about the different schools over time at different economic periods and how it’s not uncommon for one or two schools to be struggling a little bit more,” he said. “There are times when budget deficits are appropriate if somebody is changing strategy, or if they are investing for the purpose or a reason to get a return later.”

Much teaching at Harvard Medical School does not occur in on-campus buildings, but rather in an extensive network of affiliated hospitals, with which Harvard maintains complicated financial relationships.

Its 16 affiliates include some of Boston’s largest hospitals, such as Massachusetts General Hospital, Brigham and Women’s Hospital, Beth Israel Deaconess Medical Center, and Boston Children’s Hospital.

Of the school’s 11,436 total faculty, just 187 are tenured or tenure-track faculty based on campus in the school’s pre-clinical departments, according to the 2017 dean’s report. The rest primarily work out of hospitals.

Harvard Medical School has historically been more independent from its teaching hospitals than some of its peers. Many prominent medical schools—Johns Hopkins, Stanford, and the University of Pennsylvania, for example—own teaching hospitals named after the schools.

For many years, Harvard did not receive any funds from its affiliated hospitals, unlike many of its peer schools. Flier said he created a plan shortly after the 2008 financial crisis that changed this arrangement.

“For the first time, all the Harvard-affiliated institutions would give some money to the Medical School,” he said. “It was extended in the end of my deanship, and increased. So that amount of money was new revenue to the school that helped us quite a bit.”

The school needs to manage many services for its vast faculty across the 16 affiliates.

“We're in a centralized way doing a lot of the responsibility for continuing medical education, compliance and education about clinical research, [and] conflict of interest,” Daley said. “That's very expensive.”

Harvard also supports some research programs at its clinical affiliates. Tax filings indicate Harvard paid at least $46.8 million in research awards to the hospitals in fiscal year 2016. Brigham and Women’s and Mass General, which both received over $10 million, were the top two recipients.

The school largely relies on federal funding and private donations to fund its operations, both of which fluctuate over time.

Longwood researchers depend heavily on federal funding, especially from the National Institutes of Health, as do most medical researchers across the country. Harvard Medical School researchers received $213.7 million in NIH grants during fiscal year 2017, though this figure may not include all grants received by Harvard researchers, many of whom hold joint appointments.

Last spring, this revenue source was threatened when President Donald Trump proposed a “skinny budget” that would have cut NIH funding by 18 percent.

“The federal government is not as reliable a source of funding as it used to be,” Daley said.

Edward J. Benz, a professor of pediatrics and genetics at the Medical School, said the funding question changes how scientists conduct research.

“People are spending much more time writing grants about what they hope to do than they are actually doing the work,” he said. “Instead of pursuing your research truly on the basis of what you’re most curious and passionate about, you always have to be thinking about grantsmanship.”

Benz added that the funding environment can affect young scientists looking to begin their careers.

“The uncertainty is discouraging people from going into the field. They’re not sure if they’re going to have a real crack at being successful,” he said. 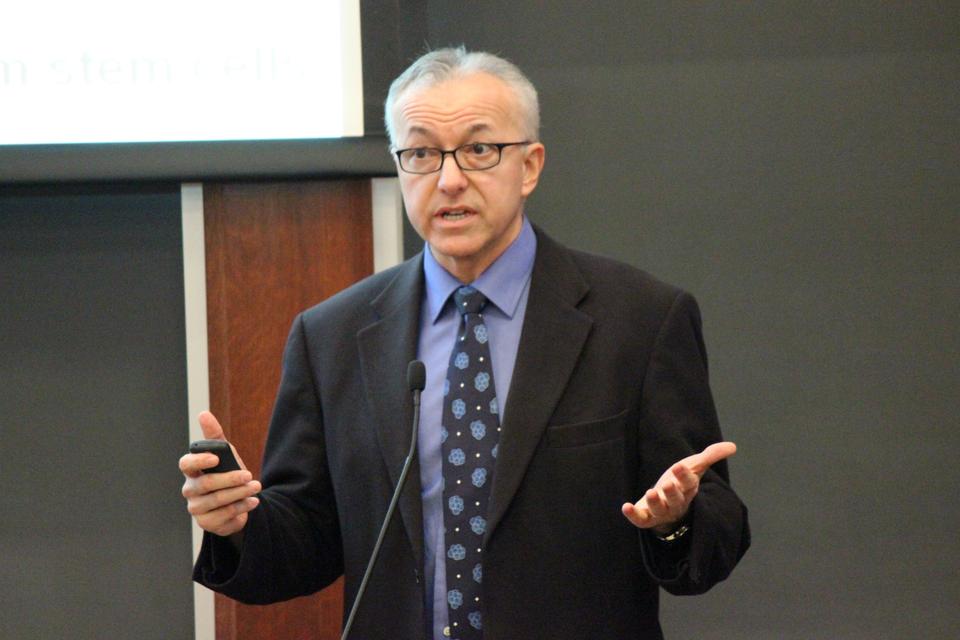 The Medical School has fundraised aggressively as part of Harvard’s University-wide capital campaign. Its campaign, entitled “The World Is Waiting: The Campaign for Harvard Medicine,” reached its $750 million goal in February. Since then, the campaign has hit $767 million; it ends June 30.

As part of the campaign, Daley said he toured the country for “meet the dean” events with potential donors.

Looking forward, White wrote that the school is actively working to improve its financial condition.

“HMS will bring expenses in line with revenues through a number of management actions that promise to improve the finances of the School,” including renegotiated dining and building operations contracts, he wrote.

White also wrote that the school has expanded its executive education programs, a trend at Harvard that has been lucrative at other schools.

Daley said he is optimistic about the Medical School’s operating deficit.

“We are confident over the next two to three years, we will bring our budget back into balance,” he said.