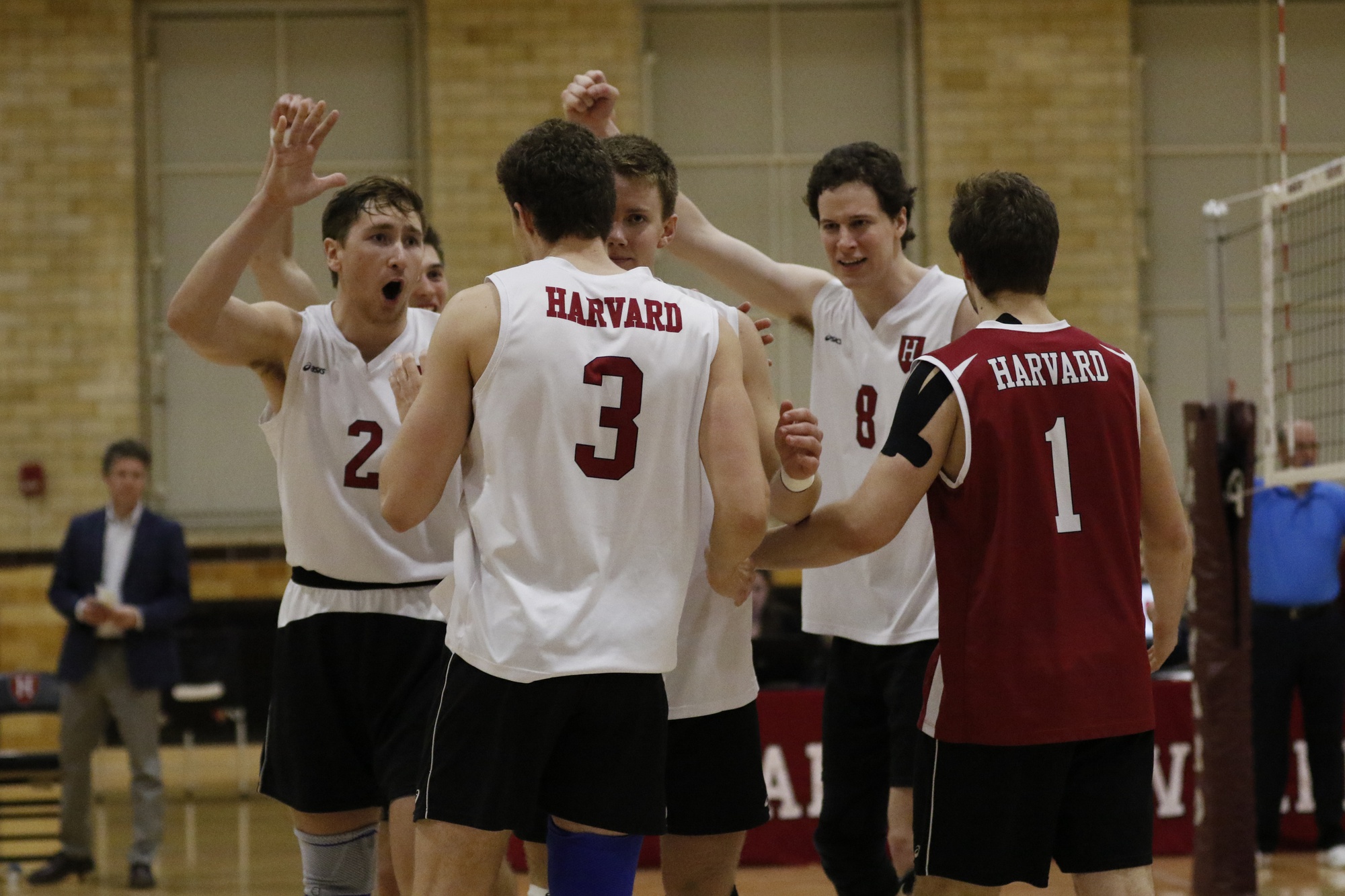 Founded in 1981, the Harvard men’s volleyball team has played the sport for 37 years. Prior to 2012, the team had never been recognized on a national poll. In that year, the group lost in the semi-final round of the EIVA tournament. On Saturday, the 2018 Crimson men’s volleyball team won that tournament and advanced to the inaugural round of the NCAA Tournament with only five other teams.

In a 3-1 decision over Princeton (12-16, 7-7 EIVA) at George Mason’s Recreation Athletic Complex, Harvard (13-13, 10-4) clinched its first ever EIVA Championship title and punched its subsequent first ever ticket to the NCAA Tournament. In the 37 years prior, the closest the team had ever gotten was an EIVA finals appearance once before.

“It’s an honor and a privilege to be part of this team that gets to make history and travel to the NCAA tournament,” sophomore Jack Connolly said. “Our team really came together this year after a tough stretch earlier in the season and we’re really proud of what we have accomplished thus far.”

On the heels of the victory, the Crimson flies out to Los Angeles, Calif., to take on the host team, UCLA (24-7, 9-3 Mountain Pacific), in the inaugural round of the NCAA tournament. Harvard has played the Bruins once before in 2017, and was beaten soundly 3-0.

The NCAA appearance comes after the Crimson’s second trip to Fairfax, Va., in less than a week. Taking on George Mason in a double header the week prior, Harvard’s EIVA semi-final and championship bouts took place in a gym that was, by now, familiar territory.

For this second victory, finishing strong was the ultimate factor for the team. In the second set of the match, with one win already under its belt, the Crimson took the slight advantage when it achieved a four-point run, pushing the early score to 5-2. The Tigers called a timeout and got things back on track. Harvard pushed the game to a two point margin at 9-11 but never again did the either team go ahead by more than one point until the score hit 24-24.

At the marker, with two consecutive kills by the Crimson, one from senior Brad Gretsch and the ensuing one by sophomore Erik Johnsson, the team took the second set. The pair of outside hitters both led the team in kills, with 16 apiece. The mark represented a new high for Johnsson. Senior Marko Kostich and sophomore Matthew Ctvrtlik tabbed eight and six kills, respectively.

In a similarly paced fourth stanza, Harvard found a similarly productive last few points. Aside from a three-point the Crimson run in the middle of the set, the play was relatively even throughout. At 18-18, Princeton pushed ahead. Down 22-20, three points stood between Harvard and its NCAA debut. The team converted. Kostich downed a kill and was followed in suit by Johnsson. An attack error by the Tiger’s Parker Dixon sealed the deal for the Crimson, 25-23.

Across all four sets, junior Trevor Dow had a career night. Leading the team in blocks with four, the junior was incredibly accurate on the offensive portion of the game. Slamming a career-high 12 kills coupled with zero errors, Dow led the team with a .800 hitting percentage. Johnsson was the next closest clocking a .560 hitting percentage.

The third set represented the highest win margin throughout the four segments of the match, with Princeton carrying the win at 25-17. Harvard won the first set with a score of 25-20.

“This group of players is full of true competitors that love the sport of volleyball and give it their all no matter what,” co-captain Jack Heavey said. “We’ve also built on the success of past years, so this is not only a victory for this group of guys but HMV alumni as well.”

At libero, sophomore Chase Howard led the team in digs with 11, while Kostich and Gretsch registered eight and nine, respectively.

When the dust settled, and the Crimson lifted the trophy, Gertsch’s 30 kills and .378 attack percentage across the two games earned him the tournament’s Most Outstanding Player award. Alongside the senior was classmates, co-captain Riley Moore and Kostich.

That the Tigers and Harvard would even play each other for a chance at the nation’s top collegiate volleyball tournament was a rare occasion. Princeton entered the tournament with a number four seed and seven conference losses. It faced a George Mason team with one conference loss to match. The Tigers dethroned the top ranked team in four sets.

“Princeton’s a great team this year,” Connolly said. “To be able to sweep the season series 3-0 says a lot about how we all battled every day in practice since Jan 3.”

For the Crimson, getting to the championship match was no cakewalk either. The team had to best a Penn State program it had only beaten twice in 37 years, and it did. The win set the stage for an Ivy versus Ivy championship bout, the first of its kind in the EIVA.

The last time a team from the Ancient Eight broke through the national tournament was in 1988 when Princeton achieved the feat. The team didn’t win the match. Yale did the same in the 1975 and also failed to pick up a win.

“It’s really special for the entire team,” Heavey said. “We’ve been on the cusp before, but it felt really good to close this one out and continue our season.”

Harvard’s first round opponent, the Bruins, have had a far different historic experience. Undoubtedly the most prolific team in men’s collegiate volleyball, the team has the most national championships of any team. With 19, the first dating back to 1970, the next closest school is Pepperdine, with five. The entire rest of the nation combined only can boast 27 titles. The state of California has also been historically more successful than the rest of the nation, claiming 36 of the 46 total.

“UCLA is an extremely talented team and we’re going to be playing on their home turf,” Heavey said. “Coming in as the underdogs, we have nothing to lose and everything to gain, so we’re going to play fast, loose, and simply have fun and live in the moment.”