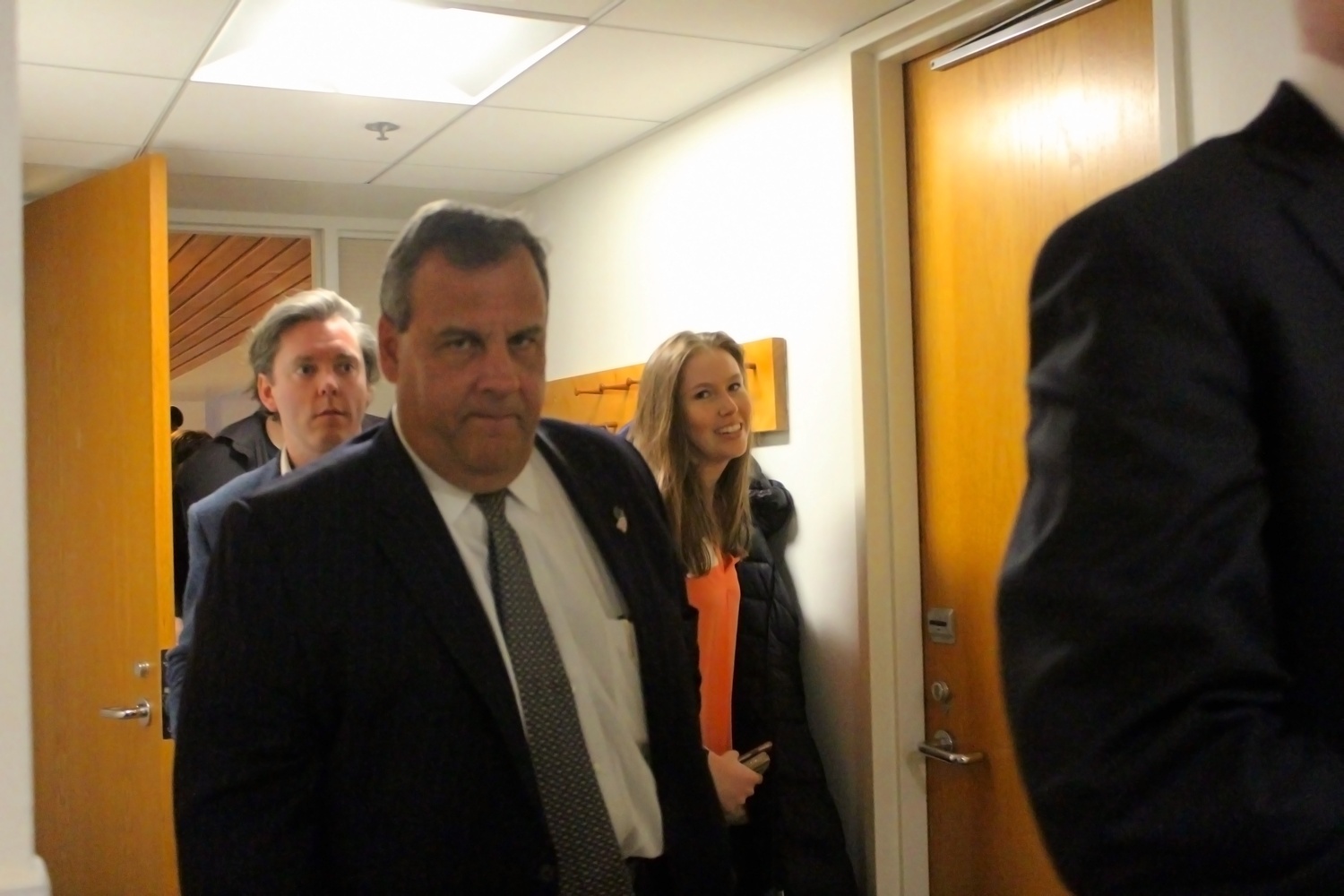 Former New Jersey Governor Chris Christie visited the Institute of Politics Tuesday for a conversation about policy responses to the opioid crisis in America.

Ed Gillespie, a current IOP resident fellow, hosted Christie for an off-the-record study group. The lotteried event, held in the FDR room at the IOP, was open to a select group of participants. Christie also attended a Director’s Dinner after the study group with IOP Director Mark D. Gearan ’78.

“Audiences at both of these sessions will be composed of Harvard undergraduate and graduate students, IOP Fellows and staff, local Republicans, and friends of the IOP,” Kennedy School spokesperson Thoko Moyo wrote in email Tuesday before the events.

Christie served as New Jersey Governor from 2010 to 2018. In June 2015, he announced his candidacy for president but dropped out of the race by Feb. 2016 after falling short in the Republican New Hampshire primary.

Christie chairs President Donald Trump’s Commission on Combating Drug Addiction and the Opioid Crisis. During his time as New Jersey governor, he rolled out plans to provide $200 million in additional funding to addressing the epidemic.

At the study group, Gillespie moderated a conversation with the former governor, discussing what “the current status on the opioid epidemic is” and solutions that state and federal governments can implement, according to the event description on Facebook.

After the discussion, about 40 minutes were allotted for student questions to Christie. Several attendees declined to comment on the details of the conversation.

“I do think about how to present a full range of views at the Kennedy School and make sure that people who don’t agree are talking about those disagreements and not just ducking each other,” Elmendorf said.

Tuesday’s event was the last study group held by Ed Gillespie this semester.

Christie’s event comes as Harvard faculty and students have increasingly focused on policy solutions to the opioid epidemic. Last week, a panel of five former governors spoke about state level responses to the crisis at an event hosted by the School of Public Health.