Gawande Speaks on Addictiveness of Opioids at IOP: 'I Had No Idea' 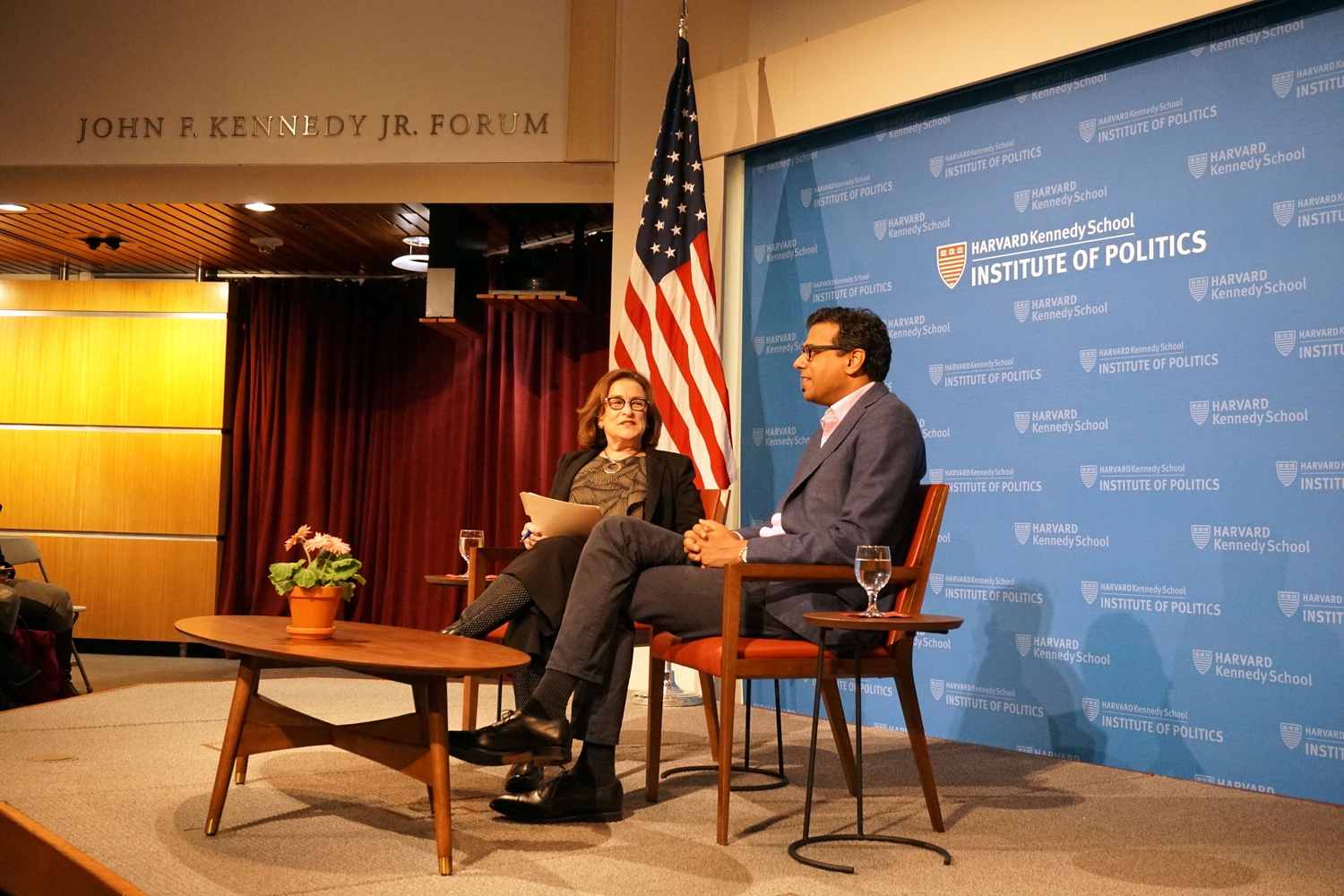 Atul A. Gawande, an award-winning author and a professor of surgery at Harvard Medical School, spoke candidly about the opioid epidemic—admitting he unknowingly played a part in the crisis—at an event held at the Institute of Politics Wednesday evening.

With torrential rain pouring outside, hundreds of raincoat-clad attendees flooded the event, titled “The State of Public Health.” Event moderator Cristine Russell, a fellow at the Belfer Center, asked Gawande about a series of topics ranging from gun violence to the opioid epidemic to unaffordable health care coverage.

Gawande said he has had direct experience prescribing opioids.

“I had no idea. And I was handing it out with prescriptions which were giving people 50 pills when they would use three,” Gawande said, adding he thinks unused pills made their way to the black market.

Gawande said he thinks many doctors, himself included, were unaware of how addictive opioid prescription drugs could be.

“I can’t tell you how many people—I’ve been in practice since 2003—have said, ‘I don’t want to take the narcotics because I might get addicted. I knew someone who got addicted.’ And I would say, ‘You don’t have to worry. There’s no chance of addiction,’" Gawande said. " And the answer was was that if you took an opioid for one week, eight percent of people would be on that opioid one year later.”

Former Ohio governor Theodore “Ted” Strickland, who attended the event, said he thinks Gawande speaks about “difficult medical issues in a way that is easily understood.”

“He talks about [these issues] as a problem solver, and we need to listen to him, as a country and as a society. I think he has a voice that can lead us to making better decisions if we listen to his sage advice,” Strickland said.

Kathleen D. Malloch ‘18, who also attended the event, said she appreciated Gawande’s familiarity with the topics he discussed.

“I love that he had a ton of facts memorized that he could use at any moment," she said. "And he used them quite effectively to create arguments that were compelling.”

Kennedy School professor David Ellwood said he most admired what he called Gawande’s ability to admit candidly to his past oversights.

Ellwood listed what he called Gawande's accomplishments: his skill at surgery, the many awards he has earned over the course of his career, and the four bestselling books he has written.

But Ellwood said he was most struck by three aspects of Gawande's personality.

“One is his heart. Second is his humility. And third is his humanity," Ellwood said. "Those things are in very short supply right now throughout the world."

Gawande concluded the conversation by giving advice to the younger people in the audience.