Harvard Foundation Honors Solange as Artist of the Year 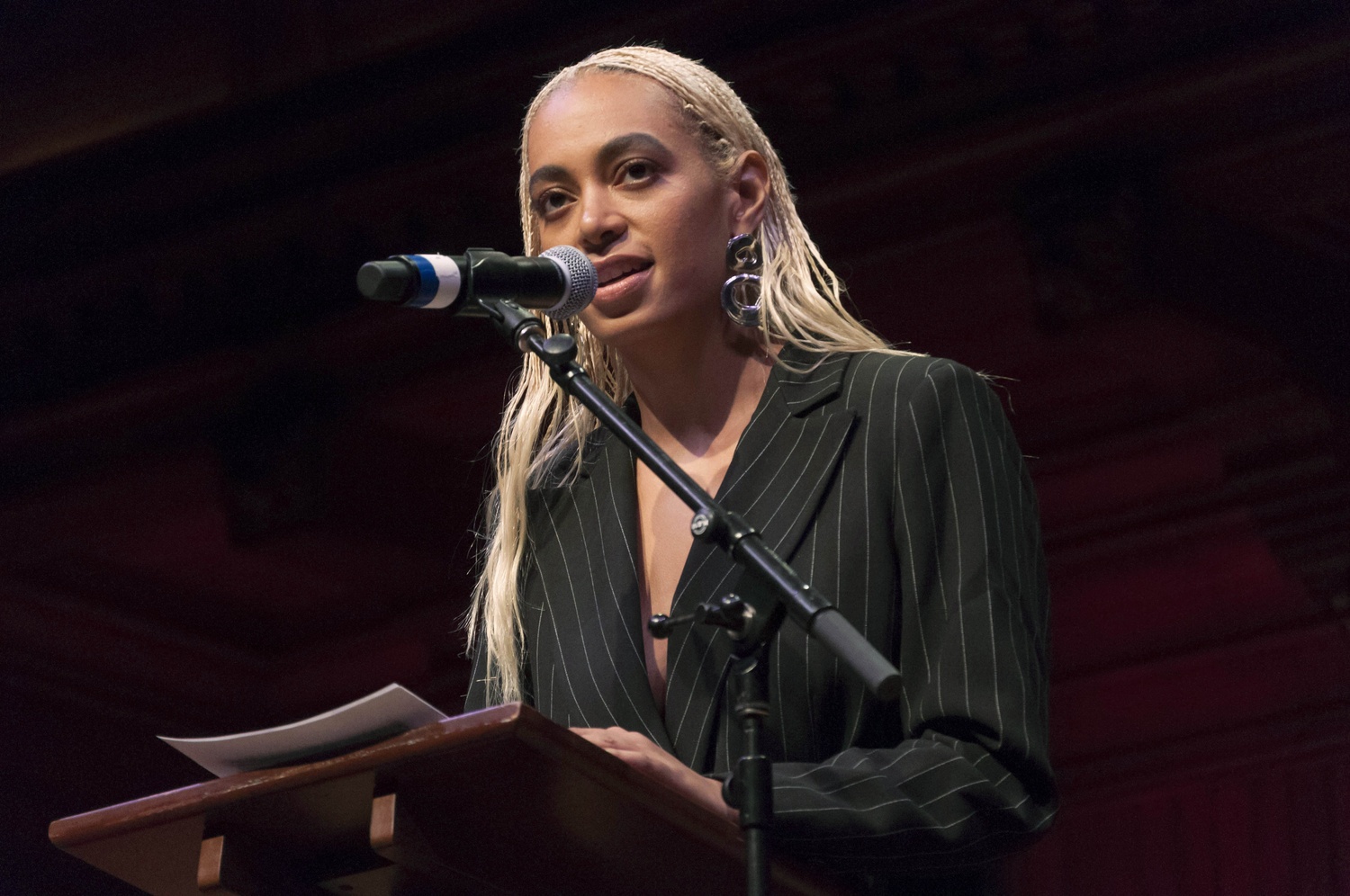 The Harvard Foundation for Intercultural and Race Relations awarded Grammy Award-winning artist and activist Solange Knowles their artist of the year award in front of a sold-out crowd Saturday evening.

The Harvard Foundation celebrated Solange at their 33rd Cultural Rhythms Show, an event featuring 11 cultural performances including dance, music, and spoken word. In Solange’s acceptance speech, she shared sources of inspiration she said have uplifted her during darker times.

She encouraged all black women in the audience to continue breaking boundaries and claiming spaces from which they have been excluded in the past. Solange also cited women, including Nina Simone, Monique, Sandra Bland, and Donna Reynolds, as inspirational individuals who “have been willing to put it all out on the line and live their truth.”

“I want to share this moment, especially with black women who may feel shut out of these spaces, or feel like the doors are not open to them because of one reason or another, and let them know that I see you and I celebrate you tonight and every day,” Solange said.

“Who embodies the power of art as commentary, art as a statement, art as reclamation, better than the Harvard Foundation artist of the year, Solange Knowles?” said Layla Siddig ’19, Harvard Foundation intern and co-director of the event.

Joy B. Nesbitt ’21 agreed and said she thought it was meaningful to see Solange accept the award.

“Solange’s speech was really inspiring, especially being a black woman. It’s beautiful that I get to see such representation and such a wonderful example of excellence and wonder and greatness,” Nesbitt said.

Solange also spoke Saturday about themes of worth and belonging, reflecting on her ancestry and the historical implications of her presence at Harvard.

“My ancestors' hands have built these spaces, and so I know that we belong. And so, while yes, these institutions open doors, and while I understand what the visibility as a young black woman artist standing here before you is... I also have to acknowledge that our worth cannot be invested in waiting for the moment that someone tells us that we are worthy,” she said.

comprises an important opportunity to amplify voices and cultures which tend to be underrepresented.

“Maybe the random bystander is actually not interested in the particular dance or the particular art that this person has been involved in—because it's not mainstream and not celebrated by the Anglo-Saxon society we live in,” Cemaloglu said. “When we are putting these shows on the stage, we’re not only telling that these cultures, that these communities, have their own way of celebrating, their own ways of mourning, their own ways of being, but what we are telling them is that those communities are here."

The Foundation also honored their late director, S. Allen Counter, who died in July. Dean of the College Rakesh Khurana announced that Harvard will unveil a portrait of Counter set to hang in Annenberg Hall in coming weeks.

Solange said she wants her work to not only be seen as entertainment, but as a statement of her identity.

Claire E. Townsend ’18, a member of the Kuumba Singers of Harvard College, said Solange shook each person’s hand and introduced herself to each singer before the group's performance.

“I didn’t know what to expect, but I was blown away, and she was beautiful in person,” Townsend said.