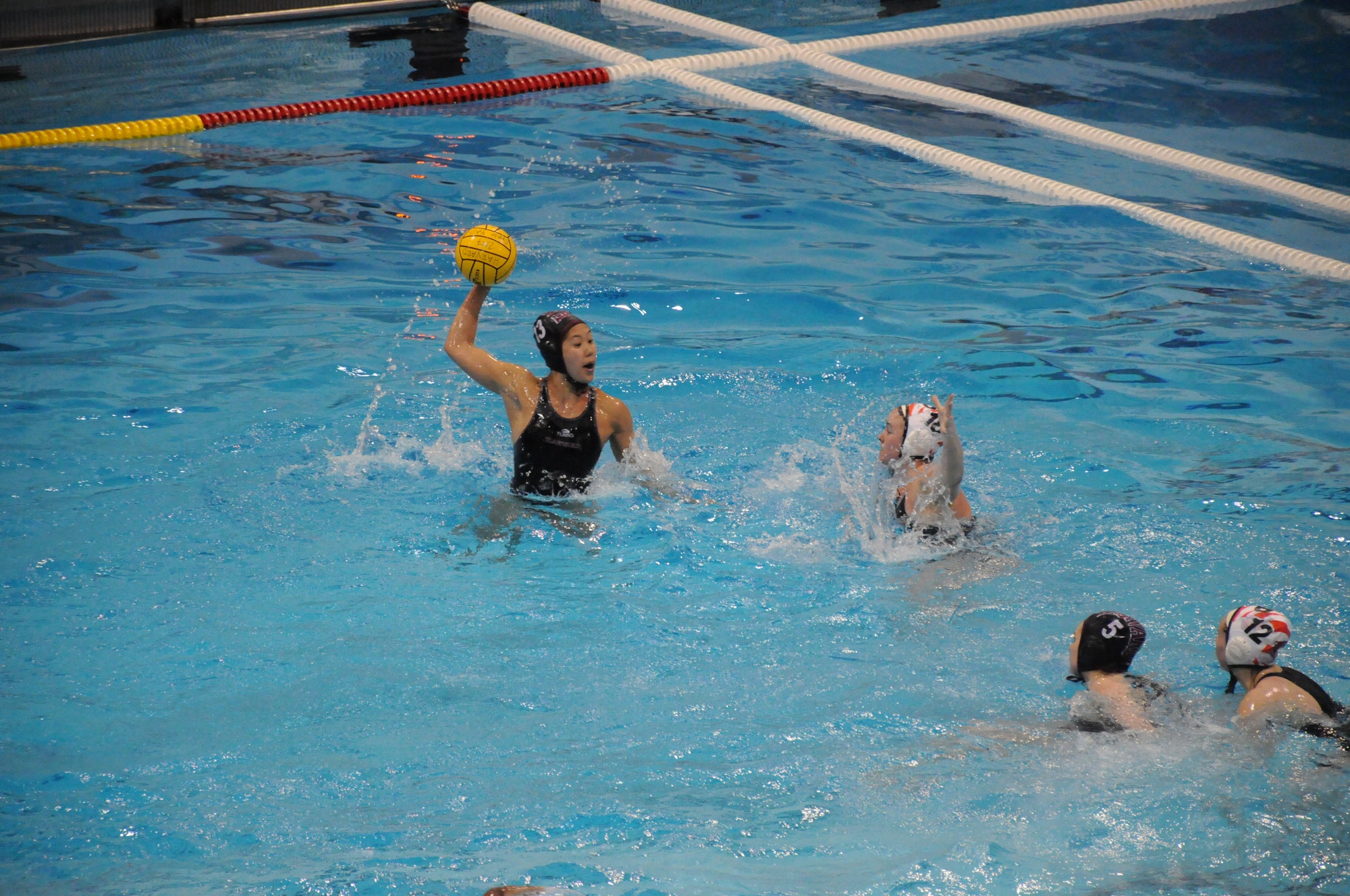 Last weekend, the number 13 spelled bad luck for the Harvard women’s water polo team as it dropped a close game to the 13th-ranked Indiana Hoosiers.

Ranked No. 22 in the nation, the Crimson squad (13-11, 2-1 Ivy) traveled to the Stokes Natatorium in Pennsylvania to compete in the Red Flash Tournament. Building on the work put in during its California trip over break, Harvard showcased its offensive strength to defeat George Washington (10-8) and Saint Francis (12-9, 0-1 NEC) both by six-point margins. The games came after the Crimson fell to No. 13 Indiana (20-5, 1-1 Big Ten) by only one goal.

“Overall this weekend was great for us,” junior Kristen Hong said. “Even though we were playing in a shallow-deep pool, the games this weekend allowed us to implement what we learned about each other's playing styles from our California trip.”

In Sunday morning’s game against George Washington, the Colonials scored the initial two goals, finding the back of the net twice in the opening two minutes. However, Hong scored Harvard’s first goal of the morning match and the team quickly made up the deficit. By minute four, the Crimson led 4-2.

By halftime, the team still lead by two but had amassed eight points. In the second stanza of the game, Harvard continued to dominate. Goals by freshman Olivia Price, sophomore Mathilde Ribordy and captain Sami Strutner—coupled with strong defense—helped the Crimson extend its lead. Price dominated, racking up five goals by herself. Sophomore Angie Varona, freshman Jilly Cronin and sophomore Sofia Carrera-Justiz each recorded two steals.

On Saturday evening, Harvard returned to the pool after a loss to Indiana in the morning. Beginning with a slow first period, Harvard scored five goals in the second quarter of the game to go into the halftime with a 7-5 lead.

In the third and fourth quarters, the Crimson continued to pick up momentum scoring three goals in each. Junior Haley Bowe and Hong led the final charge, both scoring two goals in the second half to lift Harvard over Saint Francis, 13-7.

Aker and Harrington swam in front of the net, each racking up a bevy of blocks. The captain knocked down three shots while Aker prevented six points.

Squaring up against Indiana, the Crimson displayed tenacity and teamwork, outscoring one of the top ranked teams in the country in the second half of the game. Unfortunately despite finding the back of the net eight times in the final 16 minutes, Harvard was unable to overcome its first half deficit to beat the Hoosiers.

“We lost to Indiana by one goal, but we have another shot at them in two weeks at Harvard so we're excited to face up again,” Strutner said. “It was a great battle though and we played well, so it hardly feels like a loss.”

Hong led the Crimson offense with three goals and was followed by Carrera-Justiz, Strutner and Price, each of whom netted two against the Hoosiers. Harvard’s game total of ten goals against Indiana marks the highest offensive output by the the Crimson against a higher ranked opponent this season.

The weekend’s Red Flash tournament may as well been a scouting match for Harvard as the team will get another chance at both Saint Francis and Indiana on Saturday.

“These were the final games before conference play, which are the ones that actually matter, so we had some good opportunities this past weekend to work on skills we wanted to fine tune,” Strutner said.

—Staff writer Rena Simkowitz can be reached at rena.simkowitz@thecrimson.com.