Harvard Students Join 'March for Our Lives' Protest in Boston 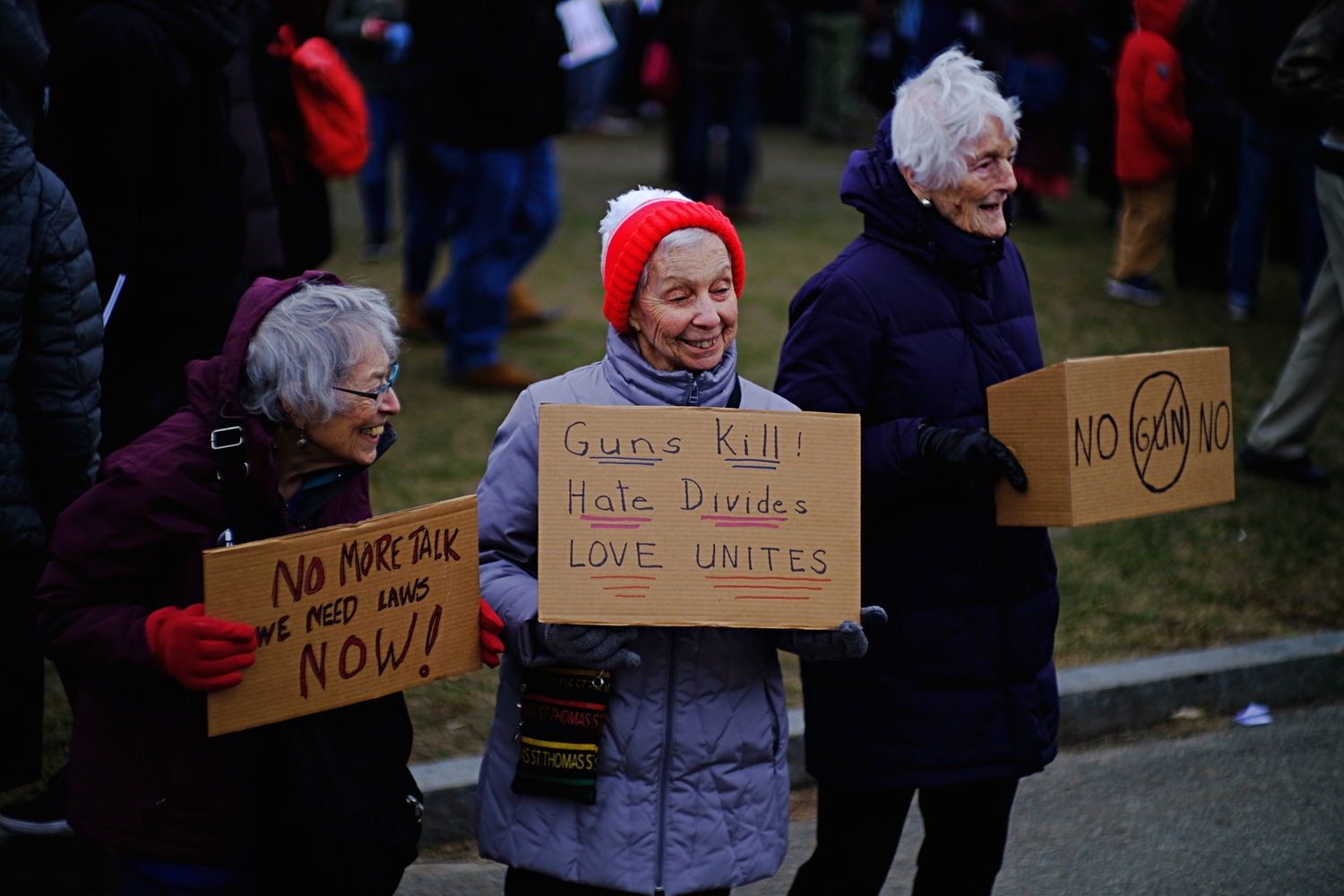 Over 100 Harvard students attended Boston’s iteration of the "March for Our Lives" protest on Saturday, joining an estimated crowd of 50,000 people in a nationwide movement pushing for stricter gun control.

The March for Our Lives protests—spurred by activism from student survivors of last month’s deadly high school shooting in Parkland, Fla.—took place in more than 800 major cities worldwide over the weekend. Thirteen Harvard student groups, including the Phillips Brooks House Association, the Harvard College Democrats, and the Harvard Black Students’ Association, sponsored a contingent of Harvard affiliates who attended the march.

“Obviously the initial reaction to Parkland and any school shooting is one of indignation and horror, and the next reaction has to be a response,” said Zachary D. Steigerwald Schnall ’21, who helped organize the event. “We’ve seen so many school shootings happen, and particularly in Boston, where we haven’t seen any school shootings, we’ve seen gun violence happen at a systemic level for decades.”

“Our march is very much focused on identifying where gun violence originates in our city and figuring out the best community solutions and policies that could address this form of gun violence,” he added.

Chanting slogans like “Enough is enough,” and “Hey hey, ho ho, the NRA has got to go,” protesters gathered at Madison Park Technical Vocational High School in Roxbury before marching up Columbus Ave. to rally at Boston Common. The rally comprised speeches, spoken word poetry, and music. A significant number of children participated in the protest, including a toddler in a stroller who hosited a sign reading, “Binkies not bullets.”

One student who attended the march, Alec J. Fischthal ’21, said he was partially motivated to participate after hearing student survivors from the shooting in Parkland speak at an Institute of Politics forum last week.

“Just hearing them speak, and their ability to transcend the tragedy that happened to them in order to make a bigger, more impactful change across the country, was really inspiring,” he said. “And I felt personally that I had to go out, and if I didn’t then that would be complicity in the whole system.”

Sarah Canny, co-chair of the Harvard Kennedy School Democratic Caucus, said her organization got involved to amplify the national March for Our Lives platform—not in an effort to seek immediate legislative change in Massachusetts.

“Massachusetts is much more progressive than other states in terms of gun legislation, but this is looking at the national level, saying these are common sense, comprehensive gun control legislation that, if we were to implement them on the federal level, we’d have states looking a lot more like Massachusetts,” Canny said. “We’d love this to turn into an actual policy accomplishment down the road, but as of Saturday it’s just coming together behind this.”

Devontae A. Freeland ’19, president of the Harvard College Democrats, said he marched because the goals of the protest align with Democratic policy objectives.

“We’ve been having discussions about how we can be involved in sharing our voice in the debate for gun control,” he said. “It made sense for us to be able to use our bodies in the space closest to us, so getting involved with the march in Boston.”

Freeland added he felt the atmosphere of the march differed from other protests he had attended in the past.

“I think there was a dedication and a commitment and a resolution, but also, there were times when it felt very somber. Unlike other marches I had been to, like the Women’s March for example, I think there were some moments of desperation that I felt while marching,” he said.

Both Fischthal and Freeland said they hope the movement for gun control will continue beyond the march and will ultimately be reflected in upcoming elections and in legislation.

“[The organizers] were stressing voter registration very heavily,” Fischthal said. “I think the next logical step of this is to take this movement and turn it into an electoral movement.”

Steigerwald Schnall also said he thinks political engagement from America's youth will be key to increasing public awareness of gun violence in Boston.

“Youth are the future, but they’re also the present,” he said. “We have a voice, and it’s important that we make our voices heard now.”