Baseball Returns to Northeast for Start of Ivy Play 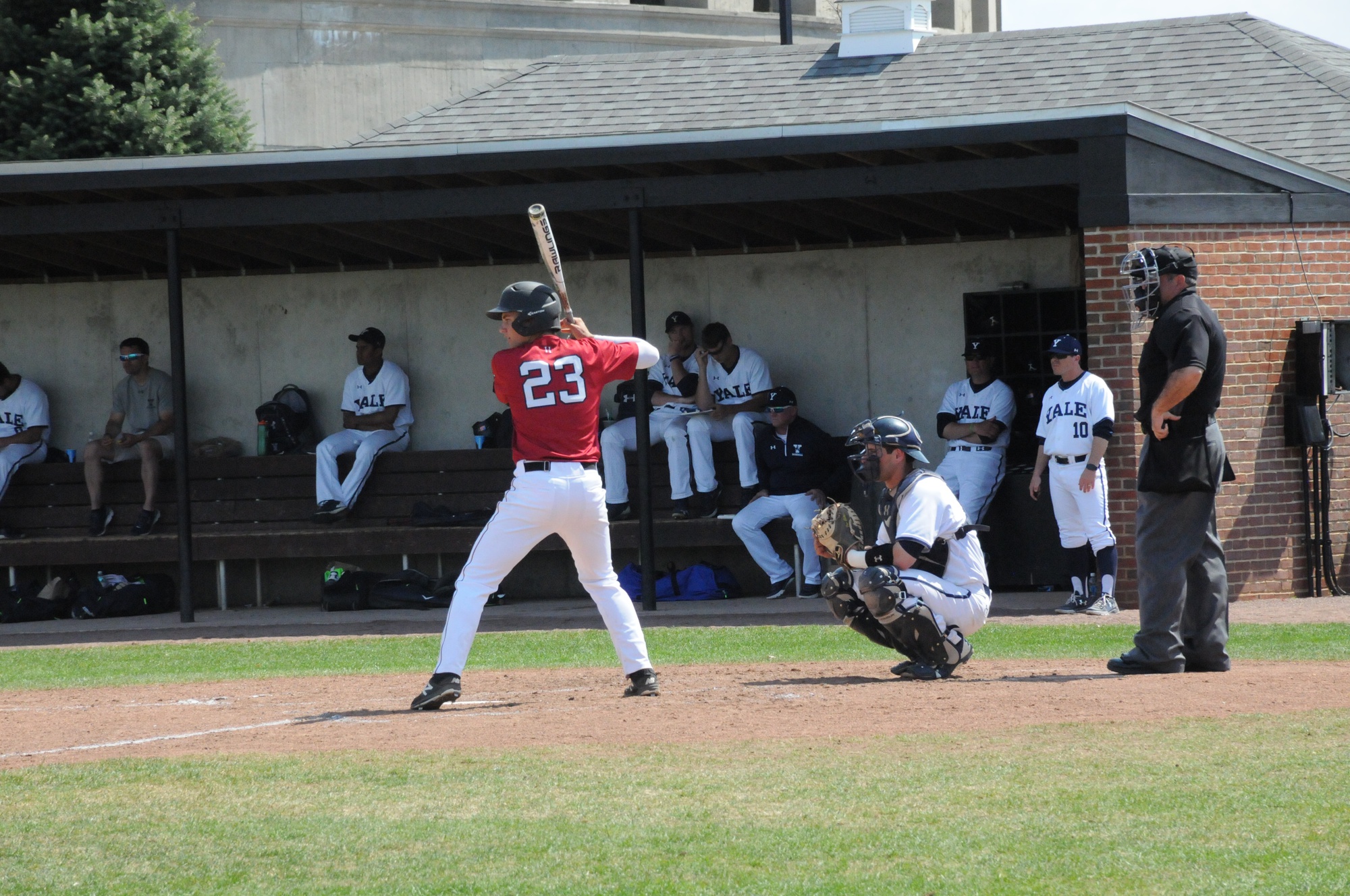 From New Mexico to Alabama and South Carolina, the Harvard baseball team has played seemingly everywhere besides its home turf, O’Donnell field. However, with Ivy league play on deck for the team, long flights and unfamiliar teams will be replaced with games in the cold northeastern spring against familiar foes.

The Crimson (7-11) comes out of non-conference play with a losing record, looking to make improvements against Ivy League and other local teams in April and May. Junior outfielder Ben Skinner knows that records, however, do not tell the whole story coming into conference play.

“We currently have the best record in the Ivies,” Skinner said. “That’s definitely exciting for us.”

It may seem foolish to some to be excited about a losing record coming into league play, but it is very much the contrary. Harvard took on a slate of very tough teams in out-of-conference play, registering every single game on the road against opponents in states with weather that is more conducive to playing baseball at this time of the year.

“We ended up playing some pretty competitive teams,” Skinner said. “ Teams like South Carolina, New Mexico State. Those teams are really talented so it's good practice for us to play those top teams before the Ivies.”

Do not expect the incoming slate of games to be any less competitive. Anything can happen in Ivy League play—with familiarity and storied rivalries, games are sure to be close every weekend. Through studying and preparation, the Crimson hopes to use this familiarity to an advantage.

“It's definitely nice when you can remember matchups from years past,” Skinner said. “ We’ll face pitchers or hitters multiple times in their career. Any time you can play to their tendencies and get an extra leg up it's definitely useful.”

Even though Harvard comes in with the best record, nothing is guaranteed. The team knows just how unpredictable league play can be. Only a few years ago, Princeton went from last place in the Ivy League to first in only one year. Teams change and make improvements, and the Crimson is attempting to do the same.

“There definitely some big changes on a yearly basis,” Skinner said. “ Things we work on in the preseason and then non-conference games we try to continue that in the Ivy League. I think we’ve formed a little bit of an identity [this year] as a team.”

That identity may be a team that can make any game close with strong finishes in the end. Harvard showed extreme potential mounting late comebacks against Furman University (13-8). The Crimson began the year strong, taking two games against Samford (10-12) into extra innings and splitting the two games. Harvard also put up two runs in the final frame to beat Presbyterian (5-17, 0-3 Big South) in extra innings. Though not all of these games resulted in wins, late pushes by the Crimson against good programs has built the confidence the team has moving forward.

“Going forward, we just have to carry the same attitude that we’ve carried into the past couple of weekends,” junior catcher Jake Allen said. “We are a good team, and we belong where we are, playing against good competition.”

It was not all positives for Harvard coming out of non-conference play. Winning late isn’t exactly a desired trend, and so the Crimson hopes to get out to better starts moving forward. Though the bats have done their part in several games, the defense and pitching are looking to lower a very high 7.86 earned run average and close the .100 batting differential between opposing hitters and Harvard.

The Crimson has a chance to see these improvements manifested in a doubleheader against Holy Cross (5-8) this coming Wednesday as its weekend series at Princeton (2-10) was postponed. Harvard will play its first Ivy League opponent next weekend at Columbia, and will finally get to return to O’Donnell field to face Boston College in early April.

Players are excited for Ivy League play, and with confidence and improvements echoed throughout the team, fans can hope for successful conference play from the Crimson.

“Everyone really wants to win those games,” Skinner said. “We believe we’re gonna be one of the best teams in the Ivy League this year.”