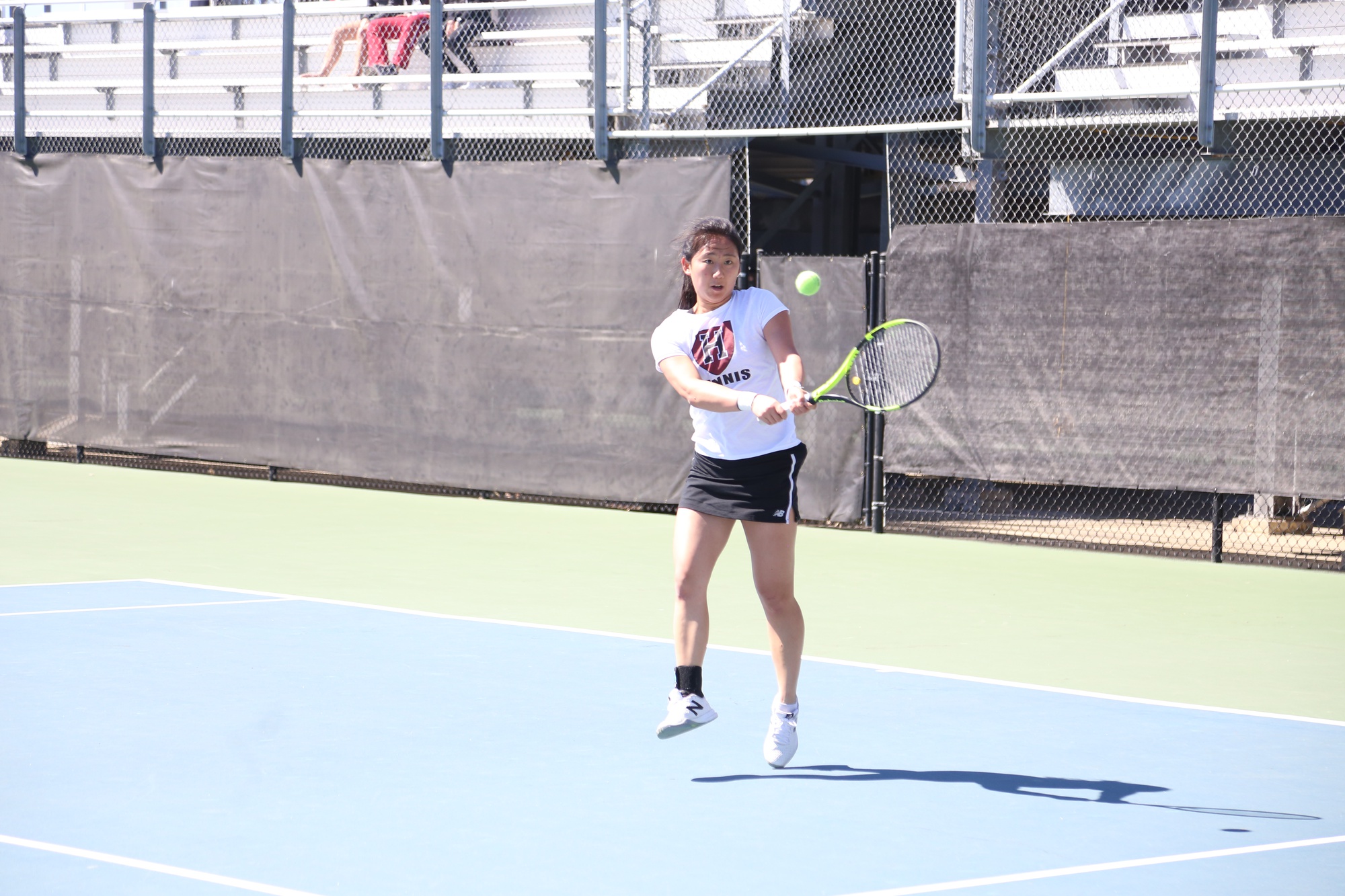 Harvard women's tennis sits at 4-7 this spring. The team has won two of its five home matches. By Ryosuke Takashima
By Eliel Ig-Izevbekhai, Contributing Writer

Harvard women’s tennis returns to the courts for the first time in two weeks this Saturday at the Murr Center. The team hopes the break has served it well, as it faces a back-to-back Saturday at 11 a.m. and 3 p.m.

“For us it's been a more of a healing process and not so much of a rest process,” coach Traci Green said. “It’s been a couple weeks off and those who have been healthy have been working hard on staying sharp. Those that have been [injured] are getting healthy.”

At 11 a.m. the team takes on the Marist Red Foxes (4-4, 2-0 Metro Atlantic Athletic), who had had their hot streak cooled last weekend at Army. Despite losing three straight matches to start the season, the team rallied off four straight wins before falling to the Black Knights on March 3rd.

Both teams see this as a pivotal matchup they hope to take advantage to get back into the winning column, and, more importantly, show improvement.

“Our whole focus this season is improving every match,” Green said. “Even though we haven't quite shown [wins] in every match we know that we are improving.”

The Crimson comes into this game following a pair of tough losses two weeks ago against formidable opponents Syracuse and Boston College. Marist will likely match this fire coming off a 7-0 sweep in their last action. Harvard, however, will not change its approach for Saturday’s showdowns.

“Our player approach every match the same way,” said Green. “It doesn’t matter who’s across the net… they’ll be fired up and ready to get back in action.”

This will not by an easy match for either team, as both feature individual players that have playing very well over the past few weeks. Red Fox freshman Julia Gabay is coming off a hot February, winning her first MAAC player of the week award in her young career. Strong performances carried her to a 4-0 weekend against Lafayette College and Bucknell University.

On the Harvard side, junior Erica Oosterhout is coming off a pair of strong performances in her last two matches. On Feb. 24, she completed a gritty comeback to win her singles match 2-6, 6-3, 6-1. The following day she offered a tight match to the Number 18 ranked player despite losing 6-7, 1-6.

The team hopes another strong effort from Oosterhout and the rest of the team will bring them their first match victory in almost a month.

At 3 p.m. the Crimson takes on the Providence College Friars at the Murr Center (3-7, 0-1 Big East). Again, this will be another matchup about creating new win streaks for both teams coming into conference tournaments next month.

“We’re using this weekend’s matches for mental prep,” Green said. “And to fine tune our games for our spring trip.”

The Friars are coming off a tough string of matches losing their last four. These losses included a loss at home versus conference rival Butler. The last matches specifically have taken an unfortunate turn as Providence has been swept 7-0 in each.

Youth will be a common quality in this matchup. The Friars come in as an extremely young team, with six of their eight players coming in as a sophomore or younger. Harvard is not any more experienced itself, with eight of eleven of its rostered players being freshmen or sophomores.

Oosterhout’s doubles partner, sophomore Natasha Gonzalez, will look to continue her strong play with this Saturday as well. Gonzalez comes off a singles victory in her last match, winning 6-4, 7-6. The pair hopes up to team up and contribute to doubles victories on Saturday as well.

The team looks to see great play in this weekend and take the success into a string of Ivy league games before the league tournament. The common sentiment is that Ivy league play will be competitive.

“Right now, it’s all about building toward the Ivies,” Gonzalez said.

Moving forward, the team feels very confident in its play. With wins this weekend the team could build some much needed momentum going into next month’s matchups.

“We know at that point we’ll be a top contender for the Ivy title” Green said.