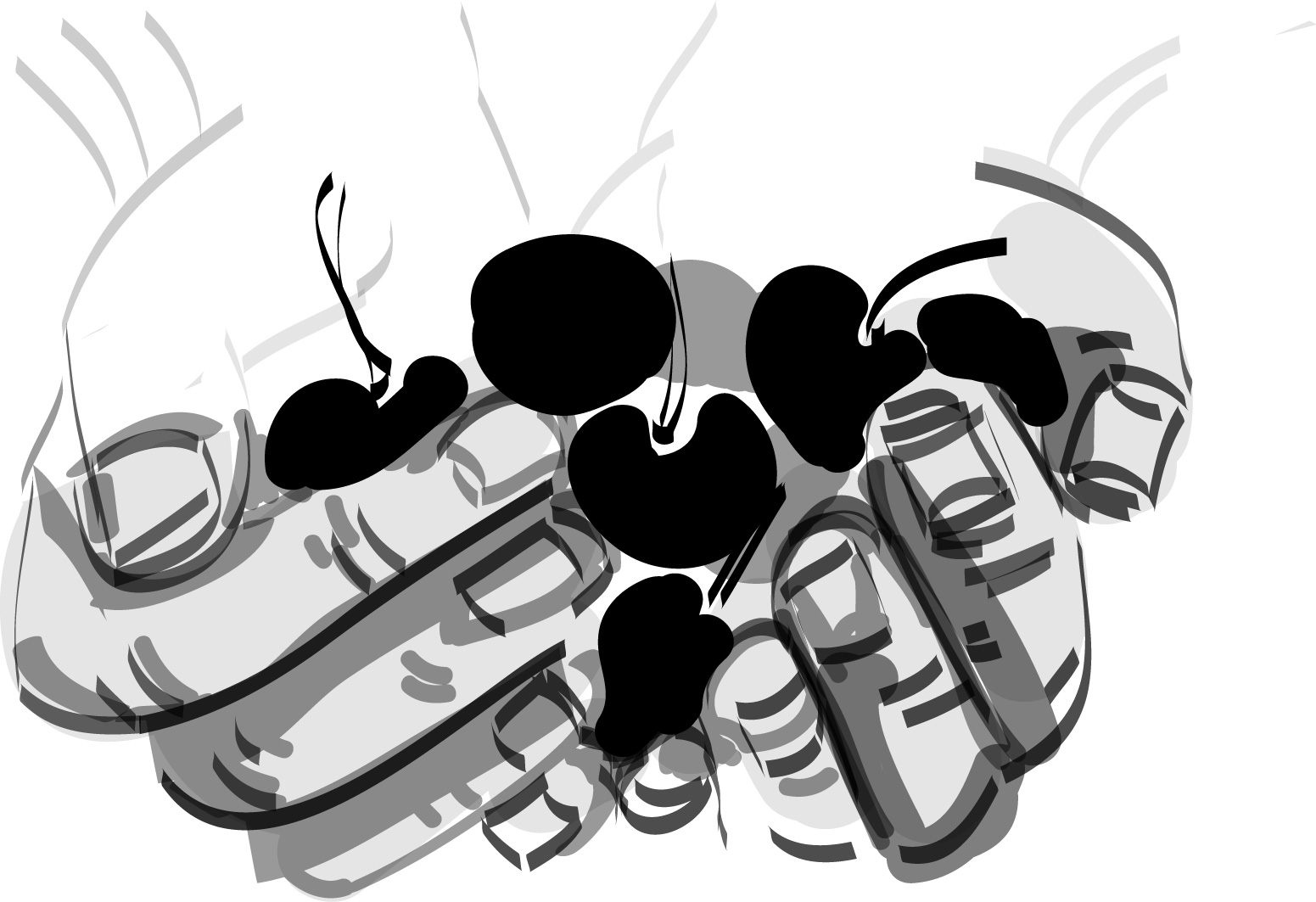 The window curtains flutter—apricot-colored like the scent on the breeze—and a few leaves fly in. We’re six floors up; there’s no elevator. My great-grandmother hasn’t left this room in seven years.
By Elida Kocharian

I sit in the parlor of my great-grandmother Vara Tatik’s Yerevan apartment and listen to her breathe. Her face is warm, drawn back comfortably into a 92-year-old smile; her eyes shine behind glasses that are taped at the ends and the middle. Her hand is warm in mine, the skin smoothed from a lifetime at the kitchen sink, fingers hued red from cherry pits and ashy from the daily crossword she’d finished by 10 a.m. Her hair is so white, it’s almost blue.

I lean into her until I’m sure I feel myself humming with the same silent, smiling love that she radiates softly, tuning myself like a string until just the right amount of tension falls away and I slip into the dominant chord of her being. The window curtains flutter—apricot-colored like the scent on the breeze—and a few leaves fly in. We’re six floors up; there’s no elevator. My great-grandmother hasn’t left this room in seven years.

Across from us, my mother leans out of her chair, chin against her palm, listening to Vara Tatik tell us what her grandson—my mother’s cousin—is up to in Tatev, a village four hours outside the city, where he’s been transferred as a government physician. We all share a bowl of fresh sour cherries that walk the line between dark red and black, and we stain our fingers with their hue.

As my mother and Vara Tatik chat, my attention wanders to the speckled, oval portrait that hangs on the back wall above the half piano. A gold-and-blue frame surrounds a vignette of a dark-haired Armenian physician of some renown. Wire-rimmed oval glasses rest on the bridge of his severe, sharp nose, dark eyes drawn behind a mild brow and a large, wide forehead. He’s not smiling, but the photograph was taken so that my great-great-grandfather looks as if he’s gazing across the room, pensively engaged with the person to the left of and just behind me.

“That is the only picture of my father I have left,” she tells me, more proud than sentimental.

Her voice is strong and reminds me of unabashed laughter, the kind that you throw across a picnic table in the family garden after your husband is suddenly pelted by a rapid-fire spray of cherry pits and you notice that the culprit is your great-granddaughter, perched like a sniper on the balcony above, literally red-handed.

I remember that day in the garden of my great-grandparents’ summer house in all its vibrant tones and hues: the bright blue of my grandmother’s fingers sliding over mine as she teaches me how to spit out and shoot the pits of the delicious sour cherries we’d collected, the same blue as the backwards snap of my fingers when I finally get the motion just right; the cherry pits’ stains on my great grandfather Norik Papik’s white undershirt, small and scarlet like bullet holes; his aging laughter alongside my great grandmother’s, a jubilant yellow like the sun through the cherry trees; the silvery-golden green of my mother’s gaze that eyed me dangerously from below, trying to hide its unconscious mirth.

“They found it on the floor of his old home after the Turks came and destroyed it,” Vara Tatik continues. “It was the only thing that survived.”

My great-great-grandfather married twice. His first wife, with whom he had three children, fled the home without note or notice in 1915 under a bright blue Anatolian sky, taking the family jewels and children with her. They were caught by Ottoman gendarmes leading a death march outside of the village. All four were slaughtered, stained scarlet.

My great-great-grandfather escaped the gendarmes’ ransacking of his village, the destruction of his home, and the fatal, smiling yellow of the Syrian Desert sun. He fled east, where he eventually resettled and married the silvery golden green-eyed housemaid who would become my great-great-grandmother.

Looking closer at his portrait, I see faint but clear boot-prints that mar the photograph near the creases of his lapels and brush past his beard and right ear. Compulsively, I grab a napkin and try to wipe the scarlet cherry stains off my fingers.

“We never had it retouched, to remember,” Vara Tatik tells me. “Always remember.”