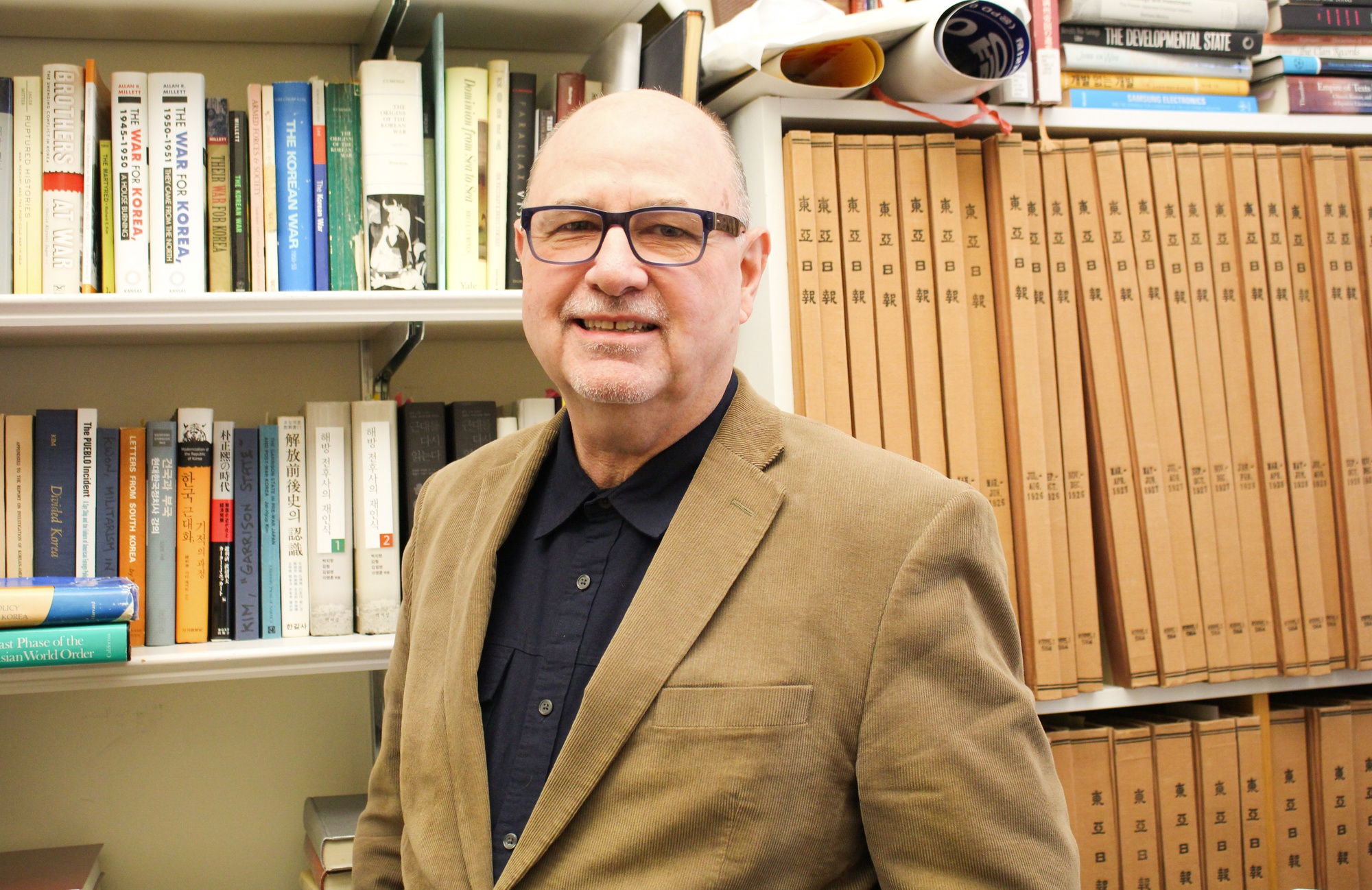 "It’s very important that the two Koreas are taking the initiative themselves to resolve the problem. That, to me, is a very hopeful thing."
By Hillary A. McLauchlin

From Twitter comments and missile tests, to this year’s Winter Olympics, the world’s eyes are on Korea. Professor of Korean History Carter J. Eckert has taught hundreds of Harvard students about the nuanced relationship between North and South Korea in his popular course Societies of the World 27: “The Two Koreas.” In light of North and South Korea’s upcoming display of unity, FM asked Eckert what to watch for at this year’s Olympic Games.

Editor’s note: This interview has been lightly edited for clarity and length.

FM: North Korean athletes are allowed to attend the Winter Olympics and compete on the South Korean women’s hockey team. What’s the significance of these events and South Korea billing this Olympics as one of peace and cooperation?

CE: Engagement is the best way to achieve some kind of opening and ultimately peace—and possibly even reunification—sometime in the future. [South Korea’s President Moon Jae-in] campaigned on that, and I think he was hoping to implement that kind of engagement policy right from the beginning, but North Korea [was] very active developing and shooting missiles at the very beginning of his presidency. I think he was very frustrated initially, and President Trump’s rhetoric and the rhetoric of Kim Jong-un has really ratcheted up everything. To have this shared Olympics, at least on some levels, I think is very much in tune with his initial policy goals. 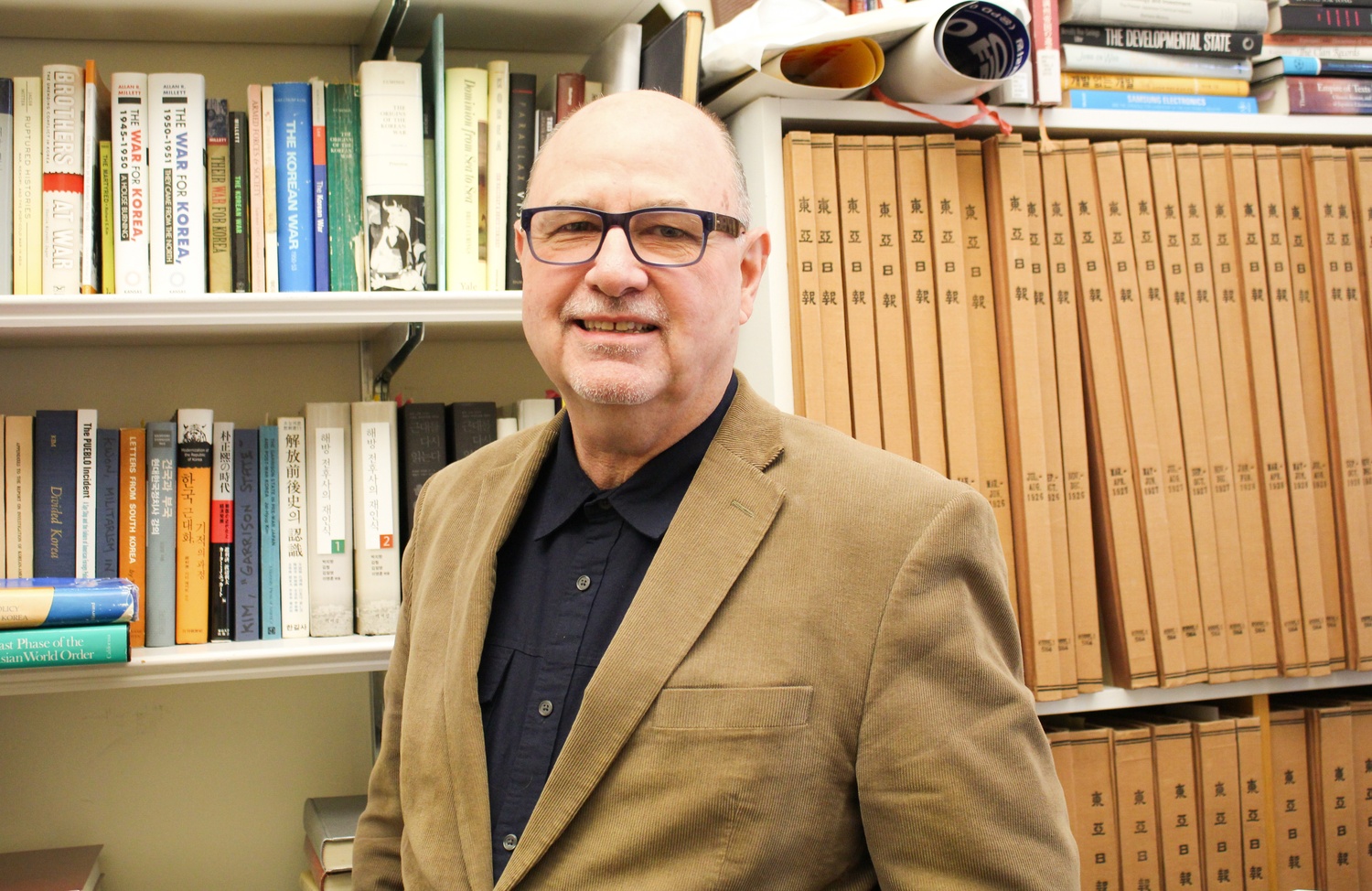 FM: What will you be watching for as you watch the upcoming Winter Games?

CE: The hope is that rather than rhetorically condemning one another, the two Koreas will be able to begin a new kind of dialogue that will be enhanced by these sports events where people are actually seeing North Koreans and South Koreans working together, competing together as a single team—in the case of the women’s hockey team—and as a joint Korean team that enters the Olympics.

FM: Over the years, North and South Korea have attempted to use athletic events as opportunities for détente. What makes these latest efforts to promote greater unification so noteworthy? What could go wrong?

CE: I think the chances of something going wrong are much less with the two Koreas competing together than it would have been if they had not come to some sort of agreement on the Olympics. I don’t think we should be naive about North Korea in this regard. This was a proposal that came from the North Koreans at a time when the rhetoric was escalating to a point that was scaring everyone—perhaps even the North Koreans to some extent. By reaching out to South Korea in this way, they are doing a couple of things for themselves. One is to push back on the rhetoric coming from the United States and, in a sense, provide a kind of shield against threats coming from President Trump.

FM: What makes you most concerned about the current state of Korea?

CE: I really feel that American policy towards North Korea has been at a kind of standstill. As I mentioned, engagement is the most promising way to resolve the problem, but the United States has consistently insisted upon North Korea giving up its nuclear program. It makes no sense to me, if I were in the position of the North Korean leader, to give up the one thing that allows me to have some leverage and defense. The North Koreans have had cause in the course of their history to be concerned about nuclear attacks, during the Korean War and after that from the United States. It’s not irrational, in any sense, to try to develop a nuclear program.

FM: What makes you most hopeful?

We’ve reached a point now that we just need to deal with the facts. The fact is that North Korea is a nuclear state. To continue to insist before any dialogue or engagement can begin that the North Koreans have to give up their nuclear program makes absolutely no sense to me. It’s just a non-starter. More and more seasoned diplomats who’ve been working on the North Korean problem are coming to that conclusion that we are just at a dead end in the the American policy here. It’s very important that the two Koreas are taking the initiative themselves to resolve the problem. That, to me, is a very hopeful thing.