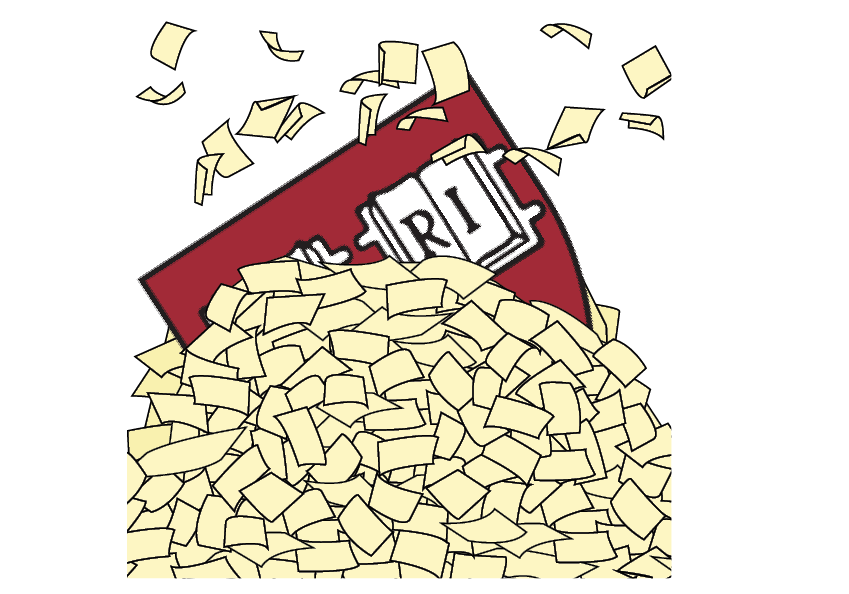 Harvard may be facing a seemingly endless stream of lawsuits these days, but University President Lawrence S. Bacow is trying to bring some levity to the situation.

“I looked at my watch and I said ‘It’s four o’clock and I haven’t been sued yet, but the courthouse is still open for another hour,'” Bacow said with a laugh during an interview Monday as he recounted a conversation he had with a friend last week.

But Harvard’s legal team will have little rest in the interim — just last week, three lawsuits were filed against the school. The first two suits allege the College's single gender social group sanctions discriminate against women, and the other argues the University does not have jurisdiction to conduct a Title IX investigation into a student who allegedly committed sexual assault against a non-Harvard student hundreds of miles away from campus.

University spokesperson Melodie Jackson wrote in an emailed statement that amid the onslaught of legal challenges, the Office of General Counsel remains committed to fulfilling its tasks.

“OGC is fully engaged in advancing the University’s mission in all that it does, including how it approaches lawsuits,” Jackson wrote.

The pair of suits against Harvard’s sanctions — brought forth by two sororities, two fraternities, and three College undergraduates — allege the policy violates students’ civil rights and discriminates against students on the basis of sex. Experts have said the suits rely on unusual legal argumentation to achieve their goal of forcing Harvard to retract the policy.

Bacow said he believes the suit has no merit, though he maintained that anyone in the United States can “pursue their rights in court.”

The University will file a response to the suit in court and Bacow said that response will “probably” include a motion to dismiss the case.

Bacow said he was not sure what his involvement in the response to the suit will be, but that the University will “see what the court does” after Harvard files its response.

Bacow said Harvard’s response to the suit will address the argumentations brought forth by the fraternities and sororities — one of which alleges that the College’s sanctions discriminate against women’s groups.

At a press conference last week, former Delta Gamma President Rebecca J. Ramos ’17 said the sanctions crippled the sorority in the year since she graduated.

“Harvard attempted to tell the female students what would be good for them without bothering to ask them,” Ramos said.

Bacow said Monday he finds it “difficult to understand” how the policy discriminates against women’s groups.

“We’ve asked is that these organizations be co-ed, so that applies equally to all male and all female institutions, so it’s hard to see how that discriminates against women, which is the specific allegation,” Bacow said.

He added that the policy asks students to uphold the ideals of “inclusion and belonging” that embody Harvard’s values.

“If you want to be put forward for certain things at Harvard, we expect you to represent the ideals of the institution,” Bacow said.

In an October interview, Bacow said prospective students who are not comfortable with the policy should not apply to the College.

“Nobody puts a gun to anybody’s head and says that they have to come here,” Bacow said. “These are really important issues for students. If they don’t like the way we do things, there are other places which they can go to school that have adopted a different approach, but we’ve tried to be explicit about what we care about, what our values are, who we are.”

The other lawsuit was filed by a Harvard undergraduate who challenges that the University overstepped when it opened a Title IX investigation into allegations that he raped a non-Harvard student in an apartment building almost certainly in Washington, D.C. during summer 2017.

The University’s Office for Dispute Resolution opened an investigation into the student — who opted to remain anonymous in his lawsuit — in Oct. 2018, according to lawsuit filings. ODR handles all allegations of sexual or gender-based harassment at Harvard.

Bacow said he believes it would be “arguably unreasonable” for the University not to look into the D.C. incident.

“Our general position is that we have a responsibility to understand and appreciate if there is somebody on our campus who might pose a threat to our students or elsewhere,” he said.

He said the University plans to continue investigating the student despite the suit. University administrators do not typically acknowledge the existence or status of Title IX complaints.

Bacow bears personal liability in these suits, which are filed against the President and Fellows of Harvard College — the official name for the Harvard Corporation, the University's highest governing body. Bacow serves as an ex-officio member of the Corporation, a body on which he sat as a member prior to his appointment as president.

The slew of filings is an unprecedented experience for the new president, he said.

“Given all these suits are against the President and Fellows of Harvard College, I’ve been sued more frequently in the last few weeks than any other point in my life,” Bacow said.