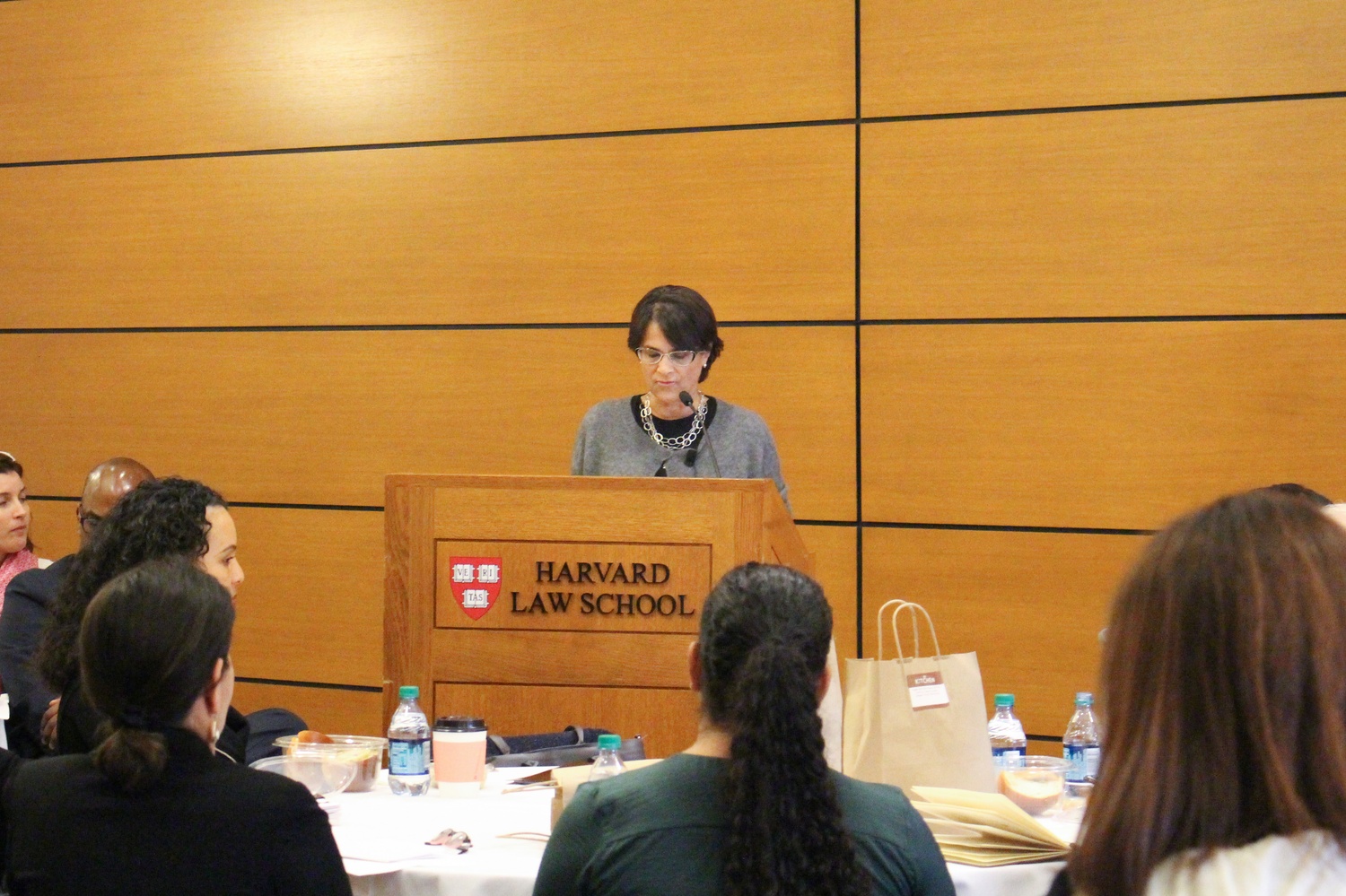 John Hopkins University professor Martha S. Jones spoke about the history of birthright citizenship in the United States at an event held at the Harvard Law School Wednesday.

The talk, hosted by the Charles Hamilton Houston Institute for Race and Justice, garnered a crowd of about 75 attendees. Jones, who teaches history, also discussed her book “Birthright Citizens: A History of Race and Rights in Antebellum America,” which she published in May.

Dean of the Radcliffe Institute for Advanced Study Tomiko Brown-Nagin introduced Jones and said the topic of the talk is “timely” given President Donald Trump’s announcement last week that he is considering an executive order that would end birthright citizenship in the United States. Under current policies, birthright citizenship means all individuals born on American soil are granted citizen status regardless of their parentage.

“When we invited Martha as a speaker earlier this year, we had no idea that we would be in this political moment,” Brown-Nagin said.

When Jones stepped up to the podium, she said she did not expect her book to be released during what she called “a humanitarian crisis.”

“I don’t think there’s anything funny about President Trump shaking the executive order and threatening people, their lives, their homes, their communities, their families,” Jones said later in the talk.

Jones detailed how members of historically marginalized racial groups struggled to obtain citizenship rights before and after the Civil War.

“The 14th Amendment largely resolved the citizenship dilemma faced by former slaves,” Jones said. “It did less well for U.S.-born children of immigrants who, in the 19th century and today, face questions about where they are situated along our nation’s borders of belonging.”

Jones cited several key flashpoints in the history of citizenship, including the Chinese Exclusion Act of 1882 — a law that barred the immigration of Chinese laborers to the United States until 1943 — and the mid-1800s forced removal of Native American tribes from the southeastern United States known as the Trial of Tears.

After her speech, Jones took questions from the audience. At one point, she told a questioner she does not have a “fix” for all issues related to citizenship today’s political climate, especially given Trump’s announcement.

“Hope for the best and prepare for the worst,” she said.

She added, though, that she hopes her book “illuminates what we need to know in this political moment.”

“There’s no shame in 2018 in being someone and being of a community who is outside, in essence, looking to get in,” Jones said. “That is as American as any story, that is part of our history.”

Jeanne M. Pickering, a local resident who attended the event, said she was impressed by Jones’ knowledge of historical debates surrounding citizenship.

“It’s good to hear her talk about what the role she sees of historians in today’s controversies,” Pickering said.