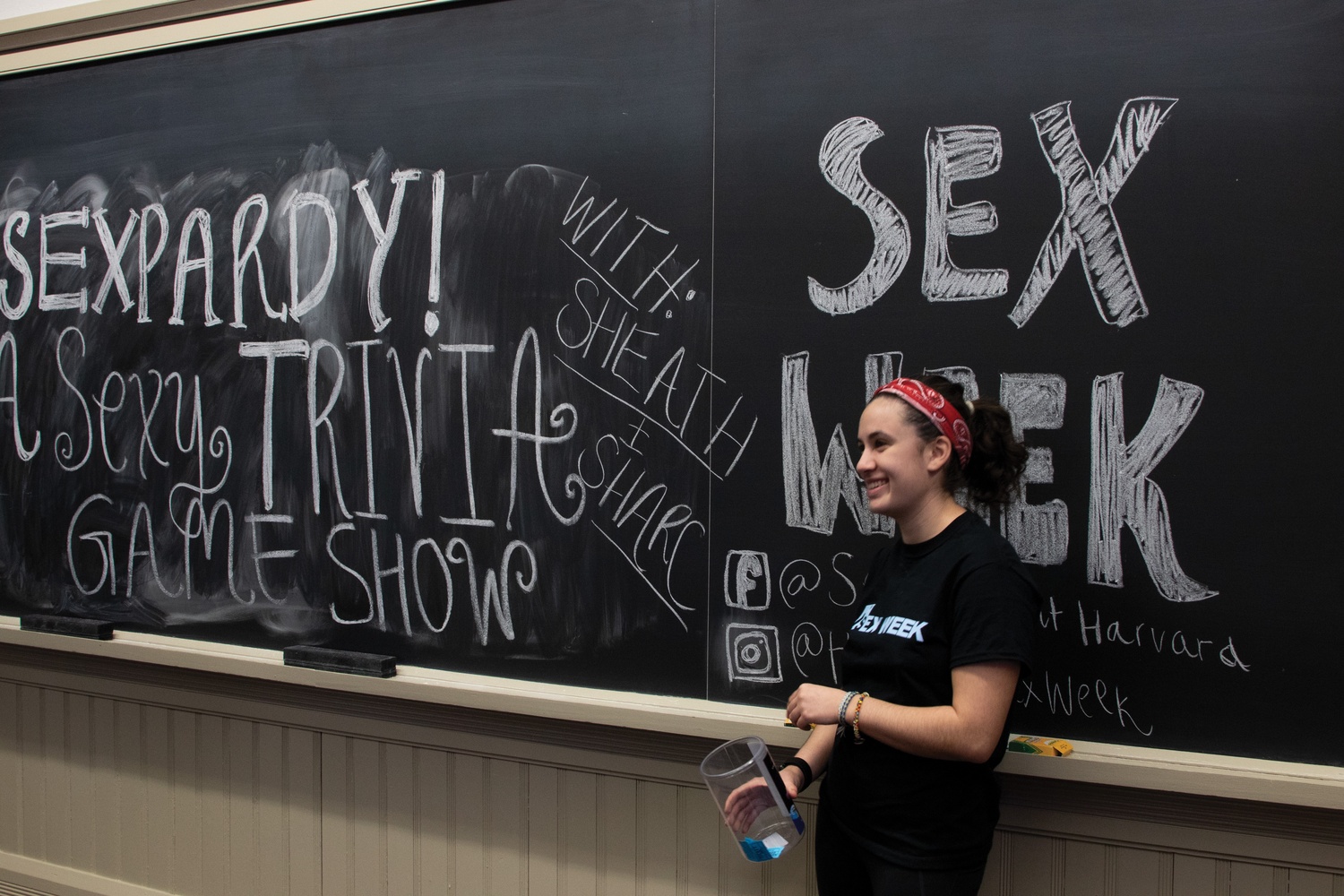 For the eighth year running, Harvard students dedicated a week to discussing sex.

Hosted by the student organization Sexual Health Education and Advocacy Throughout Harvard College or SHEATH, the program known as “Sex Week” featured workshops on topics ranging from sexual health to gender identity and relationships.

Most of these workshops took place in classrooms and lecture halls across the University. While many drew overflowing crowds, most attendees declined to comment.

Jovanni J. Candia ’20, who attended Sex Week events for the first time this year, said he thinks Sex Week is a good idea.

“These classes are actually a really interesting way for everyone to get proper sexual education,” Candia said. “A lot of people have these sheltered views and they’ll think it’s a really negative thing.”

“Just the fact that it’s out in the open and people know that ‘hey, there’s a whole class about it and there’s a full class full of people just to hear someone talk about sex’ kind of gives a better viewpoint for the whole student body, even the people who didn’t come,” Candia said.

“I’m so excited this is happening at universities for freshman and sophomores, people who need this information,” Goderez said. “Obviously it would be great if they had this information by the beginning of high school, but wherever we can get it, the better.”

Peña wrote that Sex Week aims to show that sex is not something to be ashamed of. When asked what she thought was the highlight of the week, Peña recalled a moment with Laurie Mintz, the speaker at "Becoming Cliterate: Why Orgasm Equality Matters — And How to Get It.” Peña said that Mintz found the “orgasm inequality gap” in the room was similar to those seen in studies of the general population.

“[Mintz] turns to the audience and essentially responds, ‘Harvard students! They're just like us!’” Peña wrote. “It reaffirmed to me that we may be brilliant in the classroom, but we still need and deserve a comprehensive education in the bedroom, and so I'm proud of the work that Sex Week does.”

A previous version of this article used incorrect gender pronouns to refer to Michal Goderez. It has been updated.