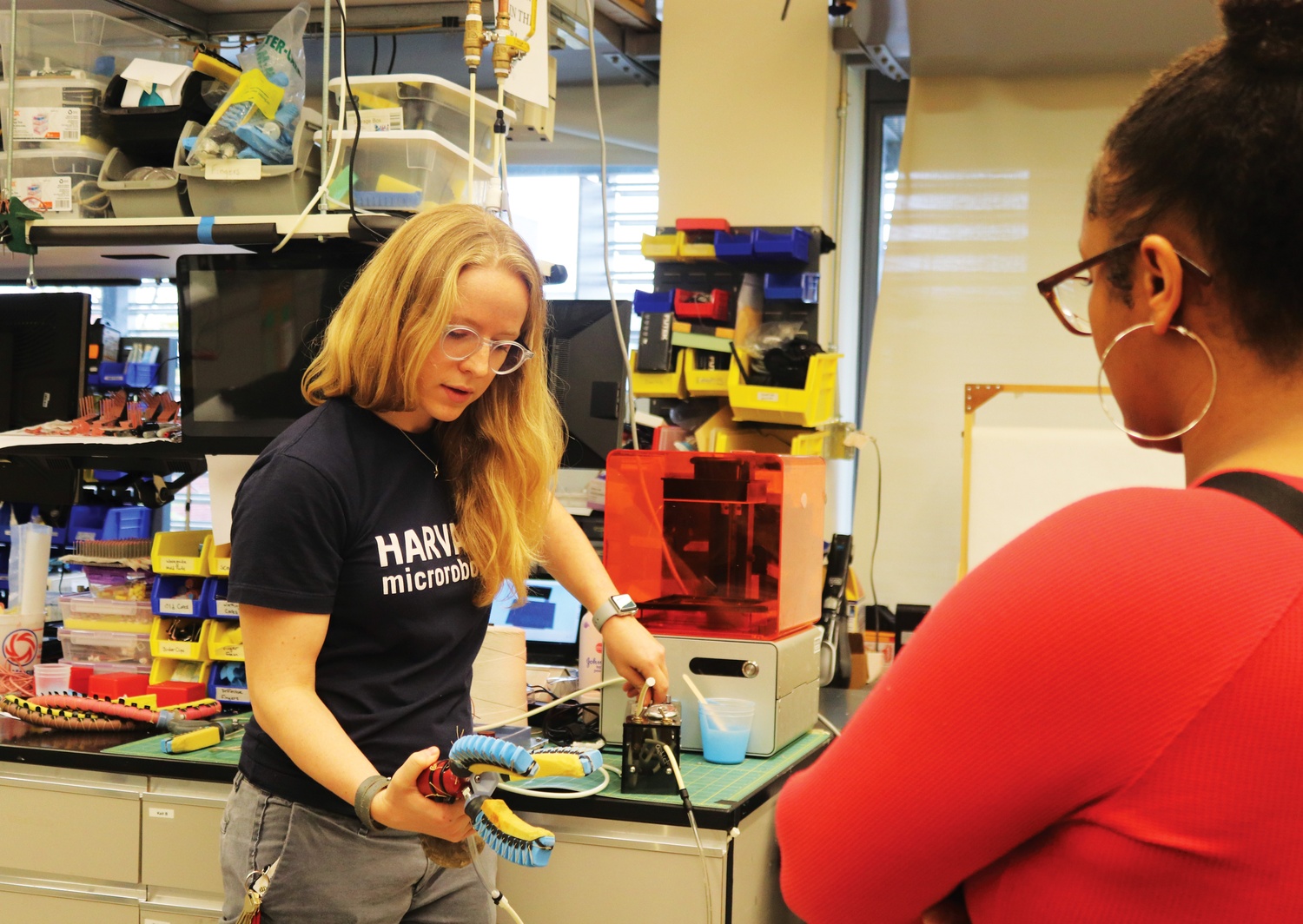 A handful of incarcerated youth traveled around Harvard's campus Thursday to learn about possible professional and educational paths they could pursue after their release from prison.

The delegation hailed from the Eliot Community Human Services, an organization that supports court-involved youth. Pedro R. De Abreu, a fellow at Harvard's Phillips Brooks House, and Keith A. Thompson, an assistant director at Eliot, set up the visit. De Abreu took two incarcerated youth and three Eliot Treatment Center staff members on a tour spanning several University schools and including stops at the Hutchins Center for African and African American Research, the Law School, the Graduate School of Design, and the School of Engineering and Applied Sciences.

Thompson said he planned the trip in part because he wants the youth to think about career and educational opportunities they could pursue after their release.

"[The kids] have a lot of things set up for them out in the community, but I also was looking for an opportunity to show them something that they probably would never think of themselves that they really could do," he said.

The group viewed artwork at the Cooper Gallery and visited the Hip-Hop Archive & Research Institute as part of their trek. In the kids' eyes, De Abreu said, the Hutchins Center demonstrated Harvard’s commitment to minorities.

“They didn't think that Harvard would even care about African Americans in general, let alone about having a center of African American studies on campus," De Abreu said. "The message that they got is that hip-hop is an important part of… culture here in the United States, and we are honoring that.”

The group also visited the Law School, where they spoke with David J. Harris, the managing director of the Charles Hamilton Houston Institute for Race and Justice. Harris spoke to the group about about issues ranging from community engagement to the justice system.

Harris said he wanted to show the two students that there is a role for them in society after they are released.

Thompson said he hopes the program allows kids to discover careers and pathways beyond what the juvenile detention center can offer them after their release. He said he wants the visit to Harvard to inspire the youth to work hard going forward.

“Us coming to Harvard, us feeling what Harvard really is about, and it's showing them that [the students] are regular people just like them,” he said. “If they got a little bit of dedication, a little bit of a want, a little bit of people supporting them, that this is very achievable.”