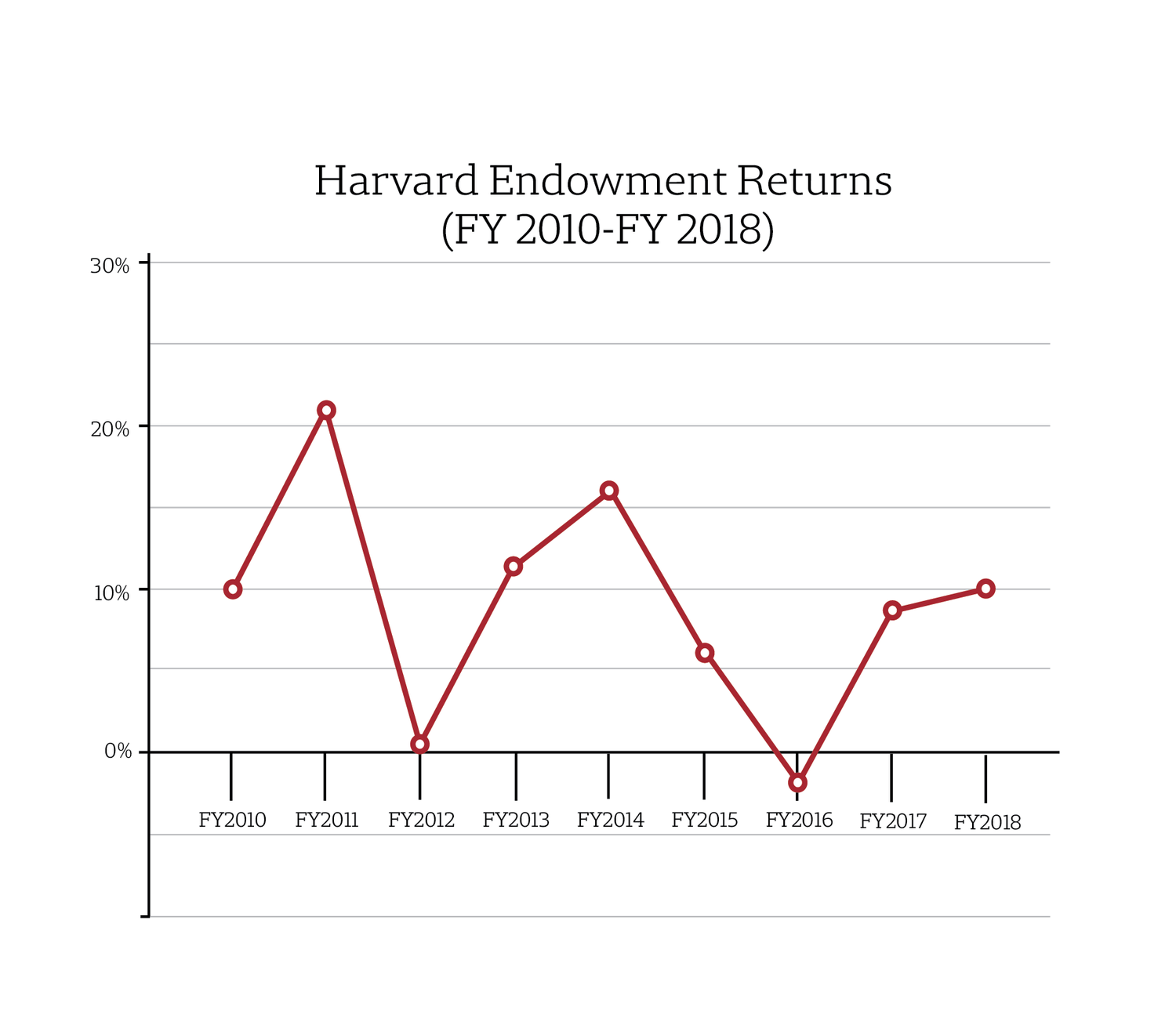 Experts say it is still too early to take this year’s endowment returns as a bellwether for Harvard Management Company CEO N.P. “Narv” Narvekar’s strategy, instead recommending that observers judge his tenure over time.

HMC grew its investments by 10 percent this past year, swelling the total endowment to $39.2 billion. The results, however, still trail those of its Ivy League peers — including Yale’s returns, which grew by 12.3 percent.

Brad R. Balter, a managing partner of Balter Capital Management, said despite Narvekar’s portfolio returns lagging behind other large endowments, it is too early to judge the HMC chief’s performance.

“It trails, but if you’re looking to judge Narv now, it’s a little early. It takes a long time to turn a battleship around. And Harvard is definitely a battleship,” he said.

Balter added that judging the endowment’s performance when the market isn’t growing will be a better indicator of the strength of HMC’s positions.

“When we hit a period when... everything isn’t going up, meaning real estate [and] private equity, which has happened every year for the past eight years, it’s going to be a lot more interesting to see how the endowment performs then, because maybe they are positioned for a less benign environment going forward,” he said. “So, again, it’s early.”

Tim J. Keating ’85, the president of Keating Wealth Management, said the results indicated HMC under Narvekar is “a multi-year work in progress” due to the endowment’s transition away from illiquid assets like real estate and private equity.

“I think the main takeaway is that the transition and simplification that Narv began a year ago is going to be a multi-year work in progress,” he said. “The reason for that is Harvard was very heavily invested in alternatives and lots of illiquid asset classes. And that’s simply going to take time to transition the portfolio.”

“I think what’s most disturbing is the longer-term results and I’m speaking really of a decade or more,” he said. “That’s really where Harvard has a black eye and there’s lots of reasons for that. But the concern about one year? None, zero. Concern about the last decade? Extremely high.”

Others say that observers will need more information to determine Narvekar's performance.

“He’s certainly doing better than many of the recent predecessors, but you’d like to know more, in particular you want to look at the subcategories, the return on stocks, on bonds, on all the different asset classes. That would give you a much better picture of how much the returns are due to decisions made by Narv and his team,” said  David L. Yermack ’85, chair of the Finance Department at New York University Stern and a former managing editor of The Crimson.

“We really would benefit with having more information,” Yermack said.

Charles A. Skorina, the head of a finance executive search firm, said one immediate assessment he can make based on this year’s returns regards Narvekar’s execution relative to his predecessors.

“The significant takeaway for me from this latest Harvard performance release is how much better they are doing relative to the Mendillo era. I think you have to give Narv a lot of credit,” Skorina said, referring to former HMC CEO Jane L. Mendillo.

Since taking over in 2016, Narvekar has tied compensation to overall portfolio performance, cut staff, and sold natural resource investments. Skorina credited this year’s returns to these changes.

“Narv is making hard choices that the prior people were not willing to make,” Skorina said, “He’s been willing to make hard management and investment decisions, and it’s shown in the performance.”

—Staff writer Eli W. Burnes can be reached at eli.burnes@thecrimson.com