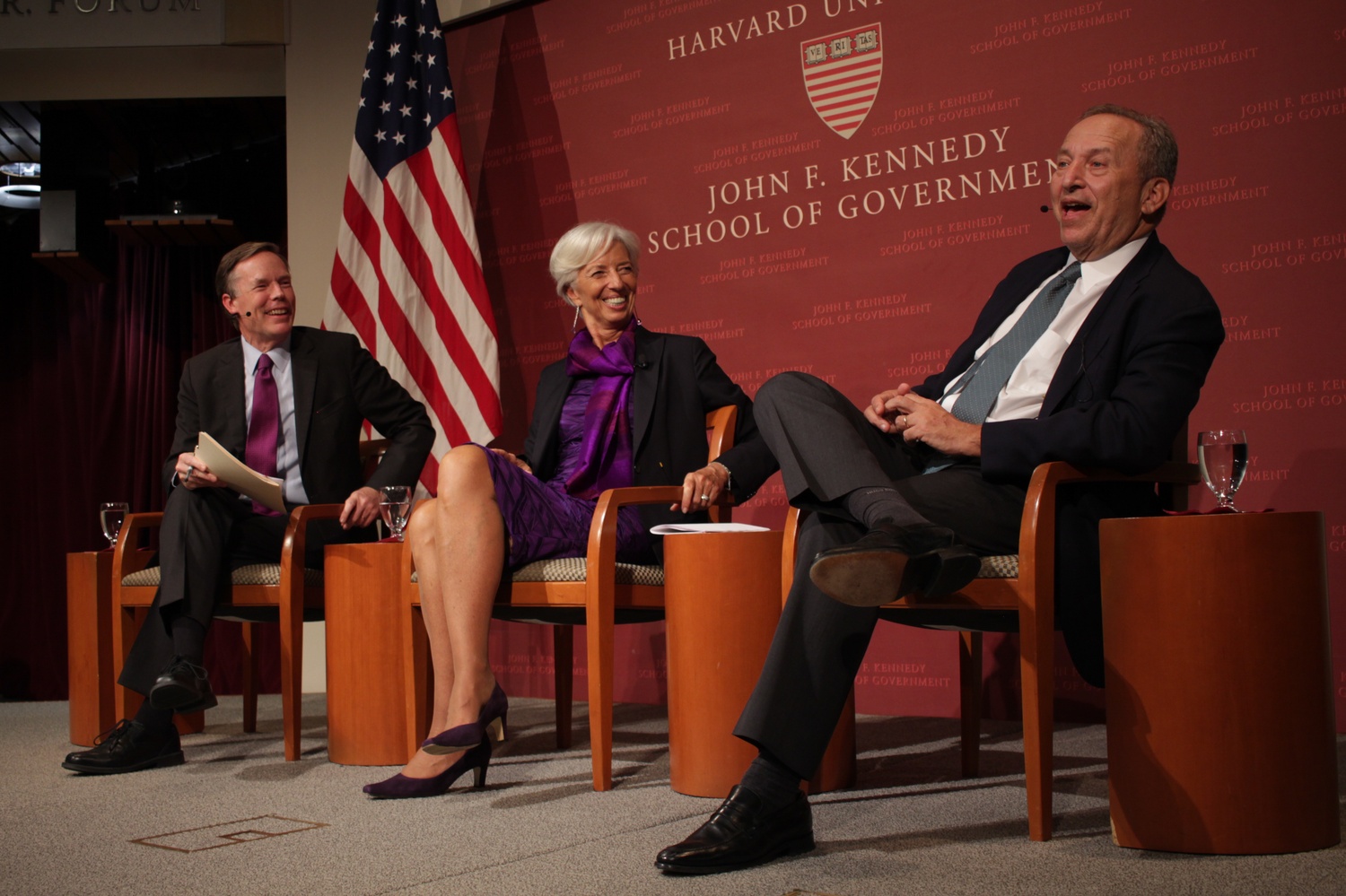 Economics Professor Gita Gopinath was appointed chief economist of the International Monetary Fund on Friday and will become the first woman to hold the position when she begins her two year term in January.

Gopinath said the appointment, announced by the IMF Monday morning, is “very exciting.”

“Stepping out there and engaging with policy makers when their countries are either going into crises or you have to make important policy decisions,” Gopinath said, “that’s an experience that’s hard to replicate just sitting in my office at Harvard.”

Gopinath first came to Harvard as an assistant professor in 2005 and received tenure from the Economics Department in 2010. She has since served as an economic adviser to the Federal Reserve Bank of New York, co-director of the National Bureau of Economic Research, and co-editor of the American Economic Review. In 2014, the IMF named Gopinath one of the top 25 economists under age 45.

She will now take a two-year leave from Harvard to serve the IMF, an international organization of 189 countries working to encourage economic growth and facilitate trade across the world. In the chief economist role, Gopinath will lead a team of more than 1000 researchers while also serving as the most influential policy adviser to the managing director of the IMF.

“This is a spectacular appointment,” said Economics Professor Kenneth S. Rogoff, who has worked closely with Gopinath in various capacities since 1996, when he served as her dissertation adviser at Princeton University. “They couldn’t have picked anyone better.”

The IMF’s current chief economist, Maurice Obstfeld, a professor at University of California, Berkeley, described the role as one of the most influential positions an economist can hold. He also noted that Gopinath will serve as editor of the biannual “World Economic Outlook,” which Rogoff called “by far the most cited” indicator of the global economy’s health.

Rogoff — who himself served as IMF chief economist from 2001–2003 — called Gopinath “absolutely one of the couple most influential researchers of the past decade.”

“Her most influential work shows the ever-rising role of the dollar in the global financial system,” Rogoff said. He and Mohamed A. El-Erian, who served as CEO of the Harvard Management Company from 2005–2007, both noted that Gopinath’s work has challenged “conventional wisdom.”

In particular, Rogoff noted Gopinath’s research on flexible exchange rates, which has indicated that their benefits are less significant than the IMF previously thought.

IMF Managing Director Christine Lagarde announced today that global economic prospects may be dimmer than previously thought, and warned that the impacts of a trade war could be “devastating.”

Gopinath agreed in an interview, citing the recent rise in oil prices, the trade tensions incited by tariffs, and the Federal Reserve’s decision to raise interest rates as possible causes of an economic downturn.

Jeremy C. Stein, Economics Department chair, said Gopinath’s temporary departure will be a “loss” for the department, but that she will bring invaluable experience to her new role.

“She’s terrific and she’s going to be great in this job. She’s clearly one of the best international economists in the world,” Stein said. “So, we’ll miss her. That’s going to be a hard thing to make up for with a visitor.”

—Staff writer Cecilia R. D'Arms can be reached at cecilia.d'arms@thecrimson.com.